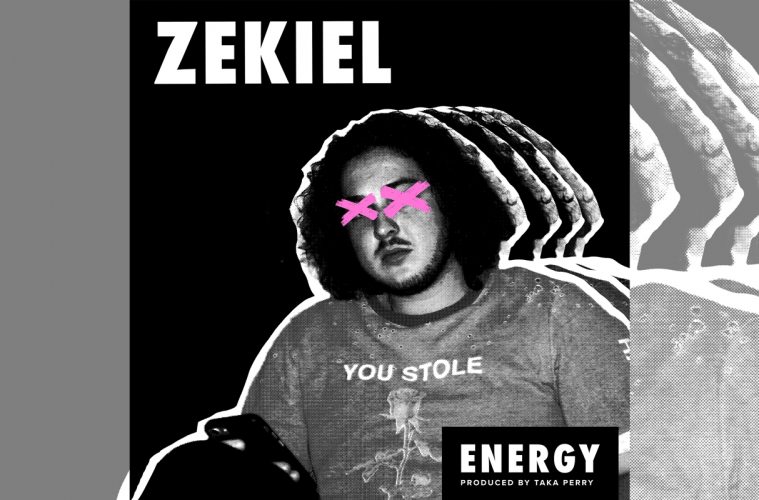 Before I start talking about this song, I just want to clarify that this isn’t me.

With that I have that out of the way, let’s get to the bit where I talk about Zekiel’s “Energy”.

In general Zekiel’s delivery flows smoothly. The words connect as they spill forth, but the pacing means it’s easy to keep up; something I consider a good thing.

Regarding vocal tone there’s a sort of “deepness” and aggression, leading to a bit of a harder hit. However, it feels a little put on rather than something natural to Zekiel’s voice. Considering that “Energy” seems to be some sort of “Facing those that bring you down and moving on”-type songs, it works to an extent but I can’t help but wonder how the song would sound with a different approach. If higher, then the vocals would have a bit more of an attack to them whilst retaining the aggression. Of course I could be reading into the vocals incorrectly and this could be Zekiel’s natural tone. For what it’s worth, as it is the tone works for the song pretty well.

What Zekiel has underneath provides some great support for his delivery. The music is generally low, bassy, steady and spaced; present but highly unobtrusive. There are some extra sounds such as looped processed vocals and some higher notes creating a sort of “floating” melody that give a little bit more meat to the thing, but it stays out of the way; the focus is on Zekiel.

Toward the end the melody becomes much more dramatic, creating a climactic feel, but it remains muted. At this point the vocals become predominantly vocoded which works well. The vocoding creates an effect where the vocals come off almost as a non-vocal sound. However, the words remain clear as they come out and reaffirm “Energy”‘s theme.

Overall “Energy” is neat and tidy. It starts, gets right into things at the first moment, then leaves when it knows its time is up. Not a bad song in the slightest.