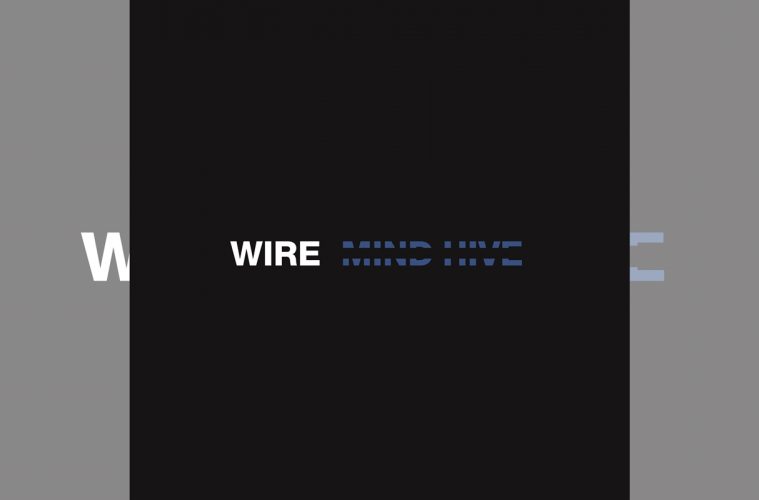 “It’s Nothing New / Hungry Cats / Getting fatter minds and thinner ideas” Colin Newman rigidly states on Mind Hive‘s opener “Be Like Them”. Much like the rest of the album’s lyrics, both these and the following lines come off as quite serious, critical and occasionally bleak. It also matches the music’s robotic sound quite well.

Some of the other songs sound more “pop”, some are more relaxed, and some go for a hard edge. There’s a bit of a mix, but overall Mind Hive is textually familiar in the way that makes it feel like it belongs to the past few Wire albums. In a way this one carries a strong sense of familiarity, but it still has its own identity.

The lyrics do kind of also move around a bit, though they often sound overtly serious more than they don’t. Either way there’s a lot of critical, heavy stuff that feels like it’s about now as well as the future. A lot of it comes off as pretty downbeat, though not all of it is obvious at first. Sometimes it takes a bit for the conjured imagery to become apparent, but it’s still appreciable that way; The direct stuff works, but the stuff that takes longer to dawn often becomes more striking.

As far as Mind Hive‘s flow goes… well, it flows pretty well. The first few songs are pretty punchy, “Primed and Ready” shifts into the bouncy “Off the Beach” quite well despite the two sounding rather different. The album then relaxes a bit for the slower and more laid-back “Unrepentant” and “Shadows”. From here it seems the relaxing will continue. Instead the obliquely-worded, overtly dark-sounding “Oklahoma” brings the album back to a less relaxed pace.

The following “Hung” is one of the more traditionally grand songs Wire have done, It’s big, wide and ominous, and like many of the other songs on Mind Hive has a dark undertone. It’s a song that starts off pretty small and seems to keep on growing for a while. Its sound development and steady,

“Hung” almost connects with the closing organ-driven “Humming”, which might just be the album’s most effective song.

Mind Hive is overall generally pretty solid. Aside from it belonging a little too much to the past few albums and the production not doing the songs justice, Wire still put in a good effort. There’s a sense of impact that comes through the album that doesn’t become overbearing; it’s just enough. However “Hung” is where the band deliver the album’s emotional gut punch. The vocals draw out most of the words just enough to make them felt. The imagery comes through much more clearly and the music carries a sense of mourning. It’s a song that, more so than the rest of the album, is wholly and utterly the sum of its parts.

Maybe Wire were in mourning when they made this album. Maybe not. It’s clear though that they still want to make sure their music works; They want to still get what they want to say across in an effective manner. Mind Hive might have a few issues, but it’s an effective album.