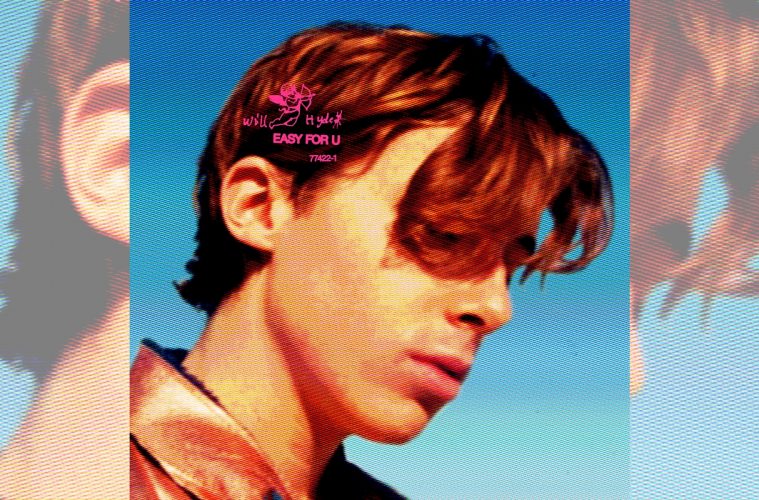 Will Hyde: Easy for U

Will Hyde’s “Easy For U” is one of those laid-back ditties that goes for the big chorus. It’s a bit punchy, a bit tight and makes sense, if that makes sense.

So what you get with this song is a very straightforward rhythm that carries through the whole song. It’s all based around a really simple, minimal guitar pattern and light beats. Other than some slightly different instrumentation in the choruses, it’s all straightforward, simple stuff. The lyrics and vocals drive the song more than the underlying music so keeping it simple isn’t a bad thing. The song being short also helps prevent the repetition from becoming overbearing.

As far as the lyrics go… well, it seems to be some sort of calling someone out. They read as though they involve romantic notions not reciprocated:

“You’re climbing by association / so good at faking / but there’s no getting over you / I’m the only one that still cares / I’ve seen all your tears / but I’m always the one you use.”

Lyrics such as these read as though someone grew attached to someone who didn’t feel the same way; Instead of processing it, they’re lashing out. Many of the other lines come off as an attempt to tarnish rather than express. The delivery, whilst fine for the music, does little to help elevate them beyond sounding like a vindictive, flaccid thud.

I can’t claim with complete certainty that this “Easy For U” is an attempt to tarnish someone. I don’t know what Will Hyde was looking to express when he wrote the lyrics. However, I can’t deny that when I listen to “Easy for U”, it sounds like someone attempting to attack someone else due to heartbreak. It comes off as steadfastly one-sided and bitter whilst lacking the substance that makes songs of its ilk more than “by the numbers”.

I feel I’ve been harsh, as getting used romantically sucks. There’s a lot of hurt that comes from it and it can skew things for a while. That said, I can’t help but feel as though Will Hyde might’ve done better expressing whatever it is he’s expressing in a less retaliatory manner.