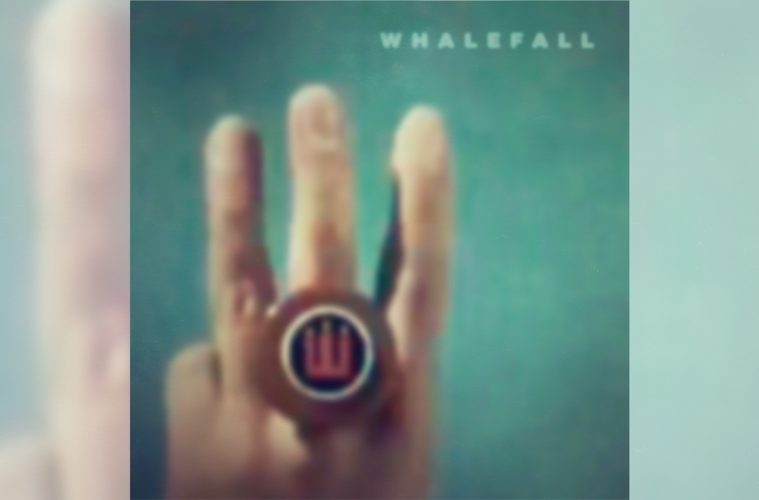 Whale Fall: It Will Become Itself

It all starts with a lonesome piano. It’s perhaps a little too much on the melodramatic, but opening Whale Fall‘s It Will Become Itself with the dramatic “It Will Become Itself” feels appropriate. Violin comes in to meet the piano as it makes some notes stick out and strike at the heartstrings. There’s a sense of the scenery here; perhaps it is the representation of being on a beach and staring out, bitter and burned out.

After that what may or may not be It Will Become Itself‘s centrepiece: “El Caracol”. The song fades in its guitar noise as a fuzzed out warmth for which cleaner guitar builds on and plays over. Percussion slowly and gently comes in to caress, as does trumpet. The warm noise falls away and now all others play in some sort of unison. This is a comforting and relaxing melody. It’s not that it sounds happy, but it’s just easy on the ears; gentle, soft and caressing. Eventually Whale Fall switch to something that implies an impending bigness.

A brief drop away and a little more softness, then crunchy guitar comes back in. It crashes on the beat and recedes. A few repeats and the piano joins in, mimicking itself a little from the prior track. Gradually the band build into something bigger but keeping things from overflowing. Before going for the expected crescendo Whale Fall instead pull back. They keep attacking the riff they’re building on though, giving it more of a sense of a push, but then let it dissipate.

Quiet builds, then sounds akin to oceanic creatures form in the distance. Sound remains restrained, though much of what is going on feels like a suggestion of increasing mass and intensity. Bass sounds play out gentle notes as noise starts to march forward from somewhere behind the fragile percussion. Horns sound out, announcing the arrival of something massive. Percussion picks back up. Slight shift and the horns become more frantic, the percussion much more tense. Then once more the building energy shifts into something else.

Now what feels like an “off” reflection of the earlier calm section plays out. Gears shift and build quickly on this new setting into something a bit more murky and menacing. Tremolo sounds flicker in and out before once more peeling back.

The lonely piano returns with all the weight of drama that it carried before. Once more it wrings as much emotion it can out of its notes. I think I understand why this section is in “El Caracol”, but I’m not sure if Whale Fall are trying to articulate the plight of gastropods, express the history of a structure at Chichén Itzá, describe a whale fall in a joyously sombre manner, or if they’re just being self-congratulatory.

Once the piano also away a little bit of guitar and strings over ambient washes remains. The drama, whilst still prominent, changes shape. Suddenly a form of beauty reveals itself as that which was there gradually flows away, leaving little remaining.

“The Well” is much smaller in scope. Careful strums wobble around a loose percussion flow; piano plays and controls the melody whilst adding a wistfulness to the proceedings. The lonesome trumpet finds a moment to speak out and paint the scene a little more; a scene of walking out into the night street after it recently saw rain. Either that or perhaps Whale Fall are presenting themselves as a sad bar band. There’s a reach through a thin veil of smoke and thoughts seemingly mean to turn inward rather than outward. Perhaps this is a reflection on the title track, though perhaps putting the emotional wight in a different context and a sharp suit.

Suddenly a shift into “A Street Scene” with very little fanfare or smoothness; It just kind of happens. However, the two sections feel like a natural fit to each other. There’s a bit more of a liveliness, perhaps based on the idea of… well… a scene on a street. Most of the music pumps down and builds up a busy energy whilst some sort of synth-like sound occasionally rises and floats on away from a pulsing shape. Percussion keeps everything steadily moving forward.

There’s a build and rise in noise and it creates this weirdly loud, but warm and rather peaceful din. Some melodic falls that fit in nice and snugly for as long as necessary. The music is “moving” and they help to provide direction in that movement. The song grows more into the shape of jazz, but once it reaches a required point, some sounds gradually pull back and make room for space

As “A Street Scene” drops out, “Pacific” fills the void. Whilst it begins quiet, it does not stay quiet. A light flickering of sound at the edges, then percussion makes itself known. From something formless shape is provided and the percussion guides through what feels like unknown territory. Outside sounds start rising and become shaped, but never quite get there; at least, for a little bit. Greater context forms, more surfacing, more stuff becoming clear. Gradually the percussion gains volume and greater clarity, as does guitar when it finally higher than other sounds.

Guiding it all the percussion becomes a little fuller, but pulls back to allow room for other sounds. A dance continues onward and gradually grows in intensity and menace as it rolls and shifts into something more direct and grand in size. It cannot last, however, and instead of letting it grow too large, once more Whale Fall pull back before making their next approach.

Here the main melody of “Pacific” returns and shifts. Guitar staccatos, flute appears joyously and trumpet sounds out triumphantly. The song transforms into something with a clear certainty. A sense of elation takes over and celebrates, if only for a moment, for it too must disappear. The song relaxes and eases itself into the quiet, and It Will Become Itself ends.

It will Become Itself is based off a thirty-eight minute improvisational jam. Considering the repeated musical motif(s) recontextualised as required and the transitional nature of the songs, it makes sense and is all the better off for it. Additionally, at quite a few points Whale Fall could go for the big riff and do the expected. At all possible times they don’t; here they’re more interested in their music holding depth over having superfluous crescendos.

Often Whale Fall sound like they drive toward a common goal of making the music move. Whether this was intentional or not, it’s something they pull off successfully as overall It Will Become Itself flows well; really well.

It Will Become Itself is available here.