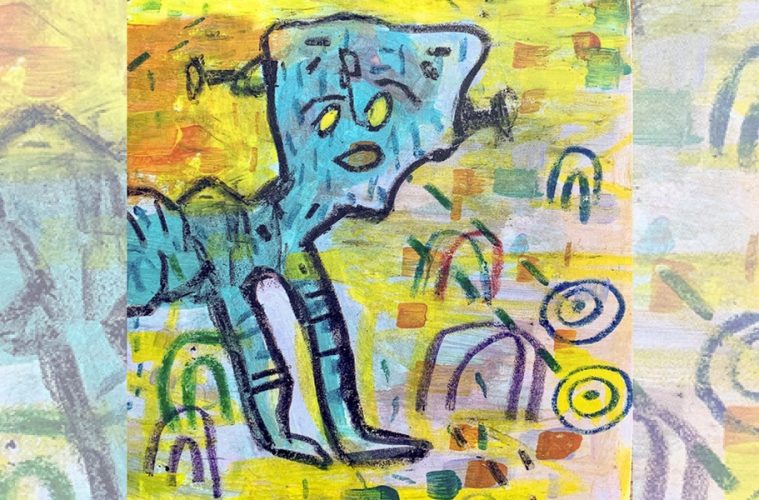 There’s an explanation as to why Dick Privilege exists. However, I’m not going to get into it other than saying that a rather cordial conversation Mike Vennart had with someone led to a large (though unsurprising) overreaction. If interested in finding out what happened, further details about said conversation are here. Suffice it to say action led to reaction which eventually led to Mike’s musical reaction.

Knowing at least that much and it should be fairly understandable as to why Dick Privilege sounds as aggressive as it does comical; Both of its songs are slabs of noisy sound that dip heavily into excess.

“Dick Privilege”‘s introduction is this rolling, thick sound that sets the tone quite well. The song soon shifts to something else, makes a return, shifts again, etc. There’s a fair bit crammed into the song, giving it a strong sense of the frantic. It’s loud (and at times funky), occasionally reshapes itself and drives on home with just enough seconds at the end to have something akin to a really obvious-sounding breakdown.

“Rat Catch” is much more aggressive, frenetic and angular in sound. It too reshapes itself and gives off a sense of the oblique and abstract throughout. However, befitting its aggressive sound it is highly direct.

The vocals for both songs are kind of similar. Kind of. A bit of singing and screaming on both; a bit of something unexpected to boot. “Rat Catch” is more willing to venture into the unexpected than “Dick Privilege” by featuring a (mostly) flat delivery, so to speak. There’s not really much else to say about the vocals; They work quite well with the music regardless of whether they’re in harmony or not.

The whole thing is quite punchy and taut, but some of it feels rigidly constructed and disjointed which likely has a lot to do with how much the two songs shift around. Some of the sections connect really well; some don’t. Maybe sounding disjointed was part of the point. Perhaps it’s an attempt at capturing the stress surrounding what inspired Dick Privilege. Perhaps not.

That said, Mike does make his point pretty clear and concise; It doesn’t take too many listens to get what he’s saying. Due to Dick Privilege falling roughly eleven seconds shy of six minutes, it doesn’t take too long to get through repeat listens either.

On Dick Privilege there’s a fair bit going on; It’s willing to be quite variable and quick, but it’s also quite narrow and linear. What comes across most, however, is that it sounds a lot like Mike Vennart stopped treating the release’s subject matter completely seriously a while ago. Dick Privilege has some pretty serious words amid some over the top, excessive music, and Mike just seems to be reveling in the absurdity of it all.