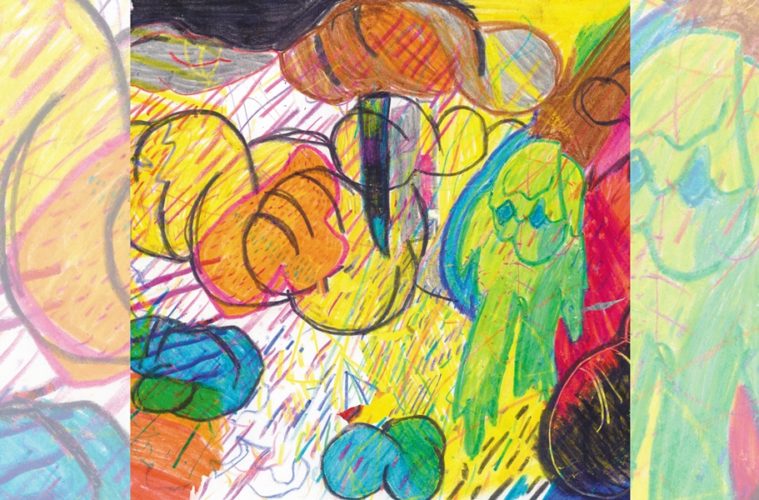 Vennart: To Cure a Blizzard Upon a Plastic Sea Review

A lengthy career as a musician Mike Vennart has had. Of course, it is still going. Recently a new album underneath his name saw the light of day. Its name: To Cure a Blizzard Upon a Plastic Sea.

To Cure a Blizzard Upon a Plastic Sea is a lively-sounding album. Whilst some songs are a bit softer and moodier, most of the album goes for massive and direct. Opener “Binary” starts wide, but ends up getting louder and more narrow, and goes for a big (yet slightly non-typical) ending.

“Donkey Kong” starts with a lot of guitar and percussion, softens slightly, then aside from a partial break later on, remains highly energetic. The sections come and go with ease, the energy remains high most of the way through and the song slots nicely between the ones on either side.

“Immortal Soldiers” is also quite big and loud. It has a rather thick-sounding bass and is more cinematic than the rest of the album. The lyrics seem influenced by parent / child interactions and after a brief softer section near the end, becomes massive in sound as the group powers on toward the end.

“Spider Bones” is probably the closest any of the songs get to being purely typical. It’s the most “rock” song on the album, although it too has a spin on familiar melodies. Groove sounds like it was the focus as it has strong emphasis the whole way through. The band rock out really hard whilst also pushing atmosphere. The song gets in and out, but it could have been shorter without losing anything.

“Sentientia” is quite frenetic and possibly the most surprising song on the album in a sense. At first it seems the song will be mostly synth-driven. The guitar takes a prominent role, but due to particular application of delay and reverb, the guitar sounds trail and create a synth-like, ambient sound. The framework of the song is the focus,  the guitar is deceptively prominent; it often floats and shimmers on top of itself and the rhythm. The guitar manages to be at odds with the other elements, but it does not feel out of place.

Despite the album being more loud than soft, the less energetic songs don’t feel out of place. “Into The Wave” is a synth-heavy moody track. It doesn’t feel downbeat and carries a calmness throughout its length. The vocals mostly stick to a small range and carry a tenderness to them that matches with the music.

“Friends Don’t Owe” is a bit drier than the rest of the album. There’s a bit of space interplay that gradually diminishes, but the song never gets loud or massive. It keeps things pretty restrained without being forceful and, coming after “Into The Wave”, pairs nicely as a buildup before the album becomes more energetic again.

“That’s Not Entertainment” employs excellent use of brass to emphasise and uplift its final chorus before becoming a peaceful coda. The song itself is slower than most of the album. It carries a downbeat air but never to the point of misery. The band sounds relaxed without sounding sloppy and the song holds together well.

“Diamond Ballgag” and “Robots in Disguise” close To Cure a Blizzard Upon a Plastic Sea. They both seem to inhabit the same world as each other but take a different approach. “Diamond Ballgag” starts laid-back and grows as it continues before coming to a sudden stop after the chorus. A relaxed instrumental section comes in followed by a partial guitar solo. The song quickly becomes grandiose and massive as everyone starts playing hard and reinterprets the relaxed section.

“Robots in Disguise” starts laid-back and grows as it continues. Strings come in and strengthen the melodic flow of the song. Instead of interrupting the proceedings with a relaxed section, the songs carries a sense of relaxation throughout which eventually gives away to something more massive and hard-hitting. There’s also a sense of swing to the percussion that helps the flow of the song as well as the conclusiveness of it appropriately being the album closer.

To Cure a Blizzard Upon a Plastic Sea utilises a lot of synth. It does a lot for the atmosphere of the record as well as the texture of the songs by filling out any available space and predominantly sticking to lengthy, softer notes. Often the synth is a very present element when it appears, but it never crosses over into overbearing territory.

Mike Vennart knows how to use his vocals well. Regardless of whether he is crooning, screaming, approximating choral styles or just plain singing, Vennart remains expressive in each and every note. There’s a weight to his words that carries well with his voice, and the combination of both creates a strong authenticity that lends itself well to the songs.

Outside of these, the band sound really good. They’re musicians familiar with each other; in their playing they sound comfortable and at ease, but they don’t sound sloppy. A lot of energy and effort is clearly coming from what they’re doing which in turn helps give the songs more shape.

As previously mentioned, To Cure a Blizzard Upon a Plastic Sea sounds lively. Whilst it sounds lively, it doesn’t feel lively. Everything sounds forcibly flattened for balance, yet the songs often carry heavy implication that they should be more dynamic. The album just doesn’t sound naturally level. The songs are well-written and the people performing them are excellent. There’s a lot to appreciate and some stuff stands out, but too often it’s just kind of flat in a really noticeable way.

It’s hard to fault the content of To Cure a Blizzard Upon a Plastic Sea. Whilst there is a serious lack of blizzard curing, there’s plenty of rock. Whilst somewhat-linear, the album is still exploratory within its boundaries. The mix / master could have been much better; it is a serious flaw, but otherwise the album is really consistent. It is clear that the approach was devoid of cynicism. It’s a group of people making music that they understand well. It’s a group of people who have made an album that sounds confident and free.

To Cure a Blizzard Upon a Plastic Sea is available here.