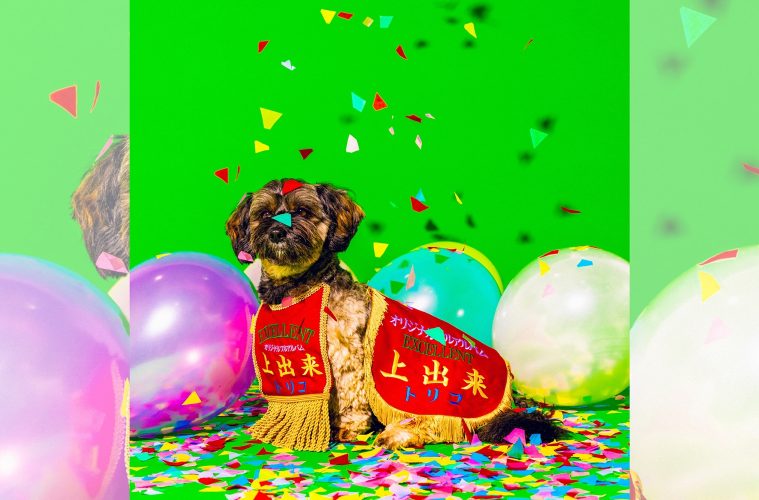 Early 2020 tricot released Makkuro (真っ黒). Then came 10 (Jū) and then toward the end of 2021 Jōdeki (上出来) saw release. Jōdeki sees tricot leaning more on a poppier sound whilst keeping a sense of cohesion throughout.

Jōdeki starts off with some interesting vocal effect. Soon tricot come in proper and a slow jam plays out. “I’ll Talk to You Soon” (“言い尽くすトークします間も無く“) is a fine enough opener; it has some range and is its own thing and eases into the listening experience. It probably isn’t the strongest song here but it works fine enough.

The rest of Jōdeki is generally more energetic and snappy. MMany of the songs feel like the aim was to be fun and light than anything else; They also feel somewhat variable whilst remaining resolutely familiar. It’s as though tricot twist their influences around a little bit here, looking ahead through slicker and shinier packaging.

With each release it seems like tricot move toward streamlining. As such, despite variability Jōdeki‘s songs often sound pretty straightforward. There is some work in there that sounds knotty without coming off as complex;  rhythm comes forward and drives well, as does width and tonality, creating a rich melodic palette. Space is there when needed; taken away when not and the music is better off for it. The vocals follow suit and match the songs tastefully and everything just slots in nicely; Everything is more efficient, but often the songs seem more interested in getting and out than providing things to explore and absorb. The structures and overall fun feel could belie a depth that requires some digging. However, the songs don’t quite lend themselves well to such exploration.

That said, overall Jōdeki is alright; It’s fine. You’re not necessarily going to go wrong with this one. Sometimes tricot overreach and sometimes they underreach. Whilst everything works in that it slots in neatly, there are times of overplaying when space would work better, and some parts just kind of happen as though by habit. Some of this drags and some of this doesn’t. There are some really strong songs here; “Tissue” (“ティシュー“), “Walking” (“餌にもなれない”), “Super Summer” (“スーパーサマー”) and the title track stand out. Most of the rest sort of just slot in and do their thing. Often the the album feels overlong toward the end and in parts it comes off more singular than it does collaborative. Jōdeki is mostly enjoyable and it’s difficult to deny that tricot are passionate about releasing strong music, but, despite a solid performance, it feels like there are some growing pains.