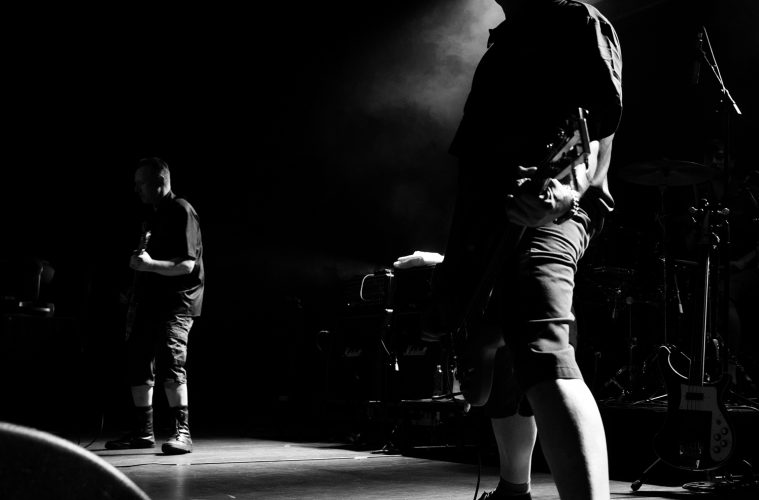 feedtime; what a band to have as an opener.
Loud, noisy and abrasive, the band played a mix of old and new songs that flooded the room with sound.
Guitar, bass and drums all raged on whilst bluesy, graveled (as well as more punk-like) vocals matched the din.

The primal, direct and loose feel of feedtime’s music, as well as their relative stillness belied how tight and energetic they were as a group. Not content with just warming the audience, they were looking to set the bar high for the following bands.

Essentially feedtime brought forth a massive, engulfing sound. It was a great experience. 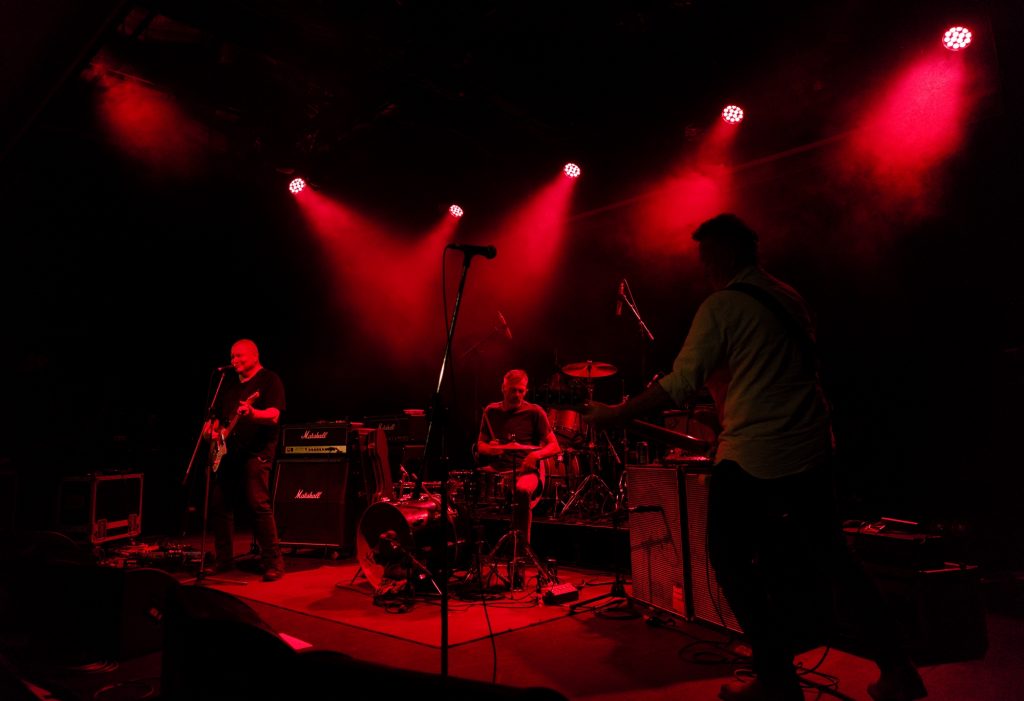 The Messthetics soon followed and launched into a set somewhat-removed from the other two bands of the night. Not so much a bridge as a leap between feedtime and The Mark of Cain, The Messthetics delivered a set that was cleaner and more complex in sound, but just as tight.

The rhythm section held down the songs with no sign of wavering whilst the guitar added sound and texture to each section it could. Often the guitar would be weaving between basic and complex when necessary, whilst applying a few different sounds based on what a given song needed. It was playing that was on point.

It was clear that from all their years of playing together, both members of the rhythm section knew how to get the most out of each other. These were two people completely comfortable with working together; They locked into a groove with ease and grace and remained driven throughout each song. Given the breathing space afforded to each song, they really needed to be strong and strong they were.

Overall, however, The Messthetics were putting in a strong effort as a group. Their separate sounds gelled well with each other and they hit all the parts they needed to without struggling. There was a slight dip around the middle of their set, but overall they stayed strong. 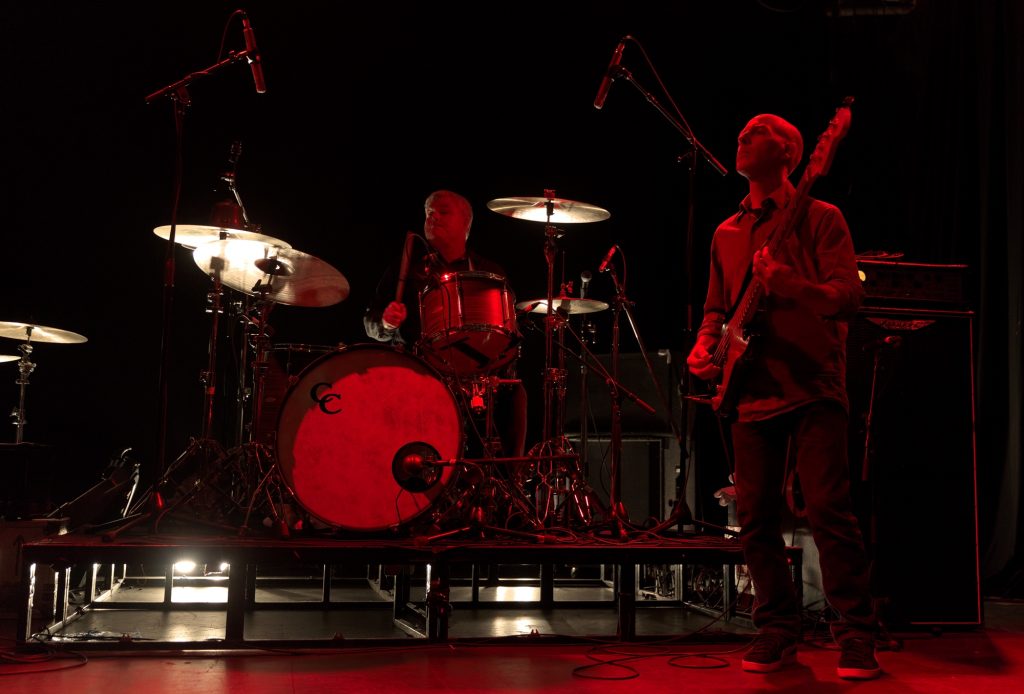 The Mark of Cain started with John Scott telling the audience what they were going to do:

Firstly, they were going to play Battlesick in its entirety.
After a brief respite, a set of songs from the rest of their catalogue would follow.

They then kicked into “Wake Up”.

The Mark of Cain are heavy band, and Battlesick is a heavy album. There probably wasn’t much trepidation regarding how it would sound live; a few of the songs have cropped up here and there in sets over the years (especially the titular “Battlesick”), but (as far as I’m aware) they’d never toured behind the album’s entirety.

Well, Battlesick was as full-on and heavy live as it is on record; perhaps more so.

The Mark of Cain just dug into the album and pushed it forward, making every note and every groove ride out into the audience; some of which whom were more than happy to get themselves into a frenzy over the music. Each sound, beat and word was crisp and clear. Each song came through tightly, and sounded as full and thick as possible. 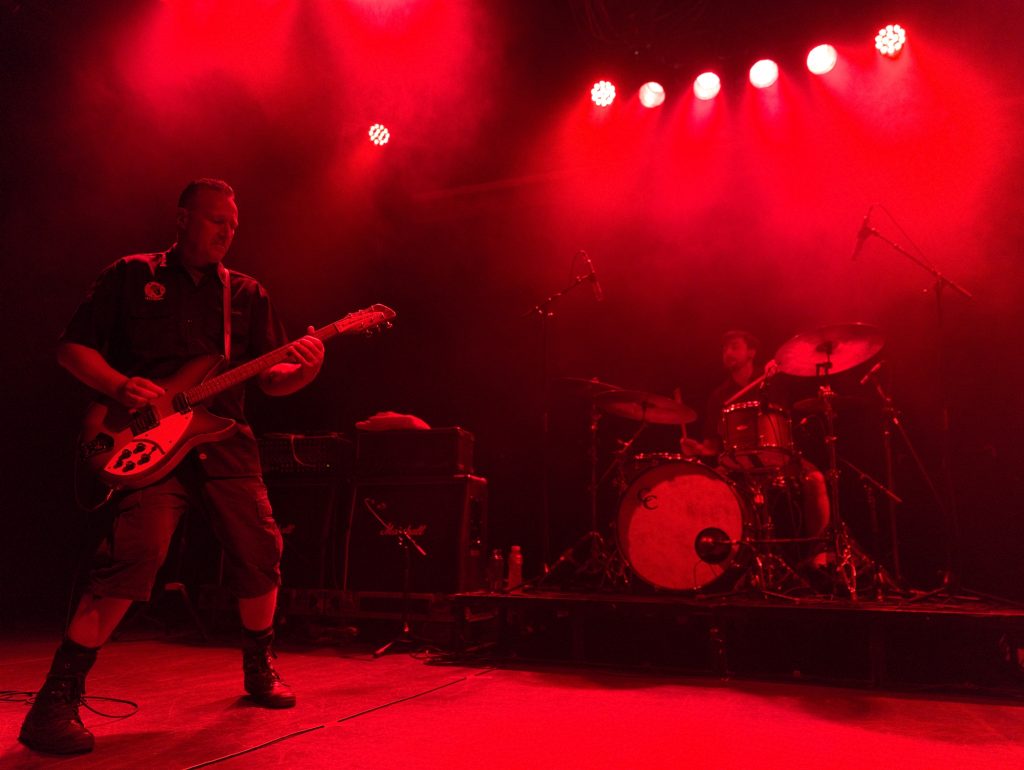 It felt almost too short between The Mark of Cain coming on and off stage for Battlesick. Thankfully it wasn’t long before they came back.

The second set was all songs from the band’s usual live repertoire, and of course those too received a warm reception. The band were giving it their all for the first half; this was no different. Hard-hitting song after hard-hitting song came out in rapid succession with no sign of sluggishness or faltering.

It was interesting that the two sets highlighted Battlesick‘s bass-centric sound compared to The Mark of Cain’s other material. The band have always done rhythmically-oriented music, so bass and percussion gets a lot of say in their sound. Hearing Battlesick live really drove home just how much that album treats the bass as the central instrument. It thickens the songs on Battlesick in a different way than on other albums when the guitar is locking more into the bass and drums.

The Mark of Cain get better with age, which feels a bit like a cheap compliment. It’s more accurate to say that, still fully invested in their craft, there’s a clear to be the best they can be at all times. There was no sense of them being fine with “good enough”. They wanted to do their music the justice they felt it deserved, and they did… and the some.

feedtime and The Messthetics set a high bar for The Mark of Cain. They cleared it without issue.