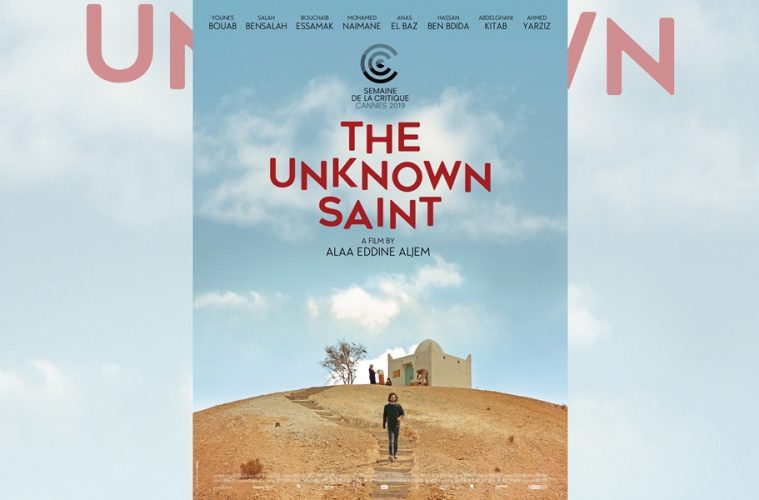 A thief is by a car. He goes to the top of a hill and buries a bag to disguise it as a grave. He returns to his car shortly before his arrest. A time skip then leads to the thief’s release.

The thief heads to where he buried the money many years ago. When there, he discovers a shrine dedicated to an unknown person now occupying the spot. He decides to stay in a nearby town and work out how he can get his money back.

It’s not long before the plot brings in a young man dealing with people he knows who are leaving the town. He works with his father in trying to grow food in the area, but it has been a long time since it last rained. The young man is growing tired of what he perceives to be his father’s foolishness, and urges his father to leave with him in order to settle elsewhere. His father refuses and blames the unknown saint (of the aforementioned grave) for their misfortune.

The story also includes a doctor new to the area coming to terms with how things operate, and a shrine guard and his dog. These four stories run alongside each other and intertwine, forming the plot of director Alaa Eddine Aljem’s The Unknown Saint.

The plot itself is quite straightforward, with bells and whistles kept to a minimum. Whilst some trimming wouldn’t hurt, overall the plot efficiently does what it needs to. There’s enough given away about each character to get an idea of key personality traits, as well as their goals. Some parts linger on a character for too long, but otherwise there’s just enough to make someone’s inclusion feel worthwhile.

A few people have referred to The Unknown Saint as a black comedy. Whilst there are quite a few black comedy moments, the film doesn’t necessarily lean heavily on them. Generally the darker moments will have some sort of humor to them, whether immediate or delayed, but the lighter moments bring a balancing levity.

Generally the humour is dry and neatly fits into the narrative. The times the film does stop for comedy feel a little forced, but it’s uncommon, so it doesn’t harm the overall flow.

Whilst there is some music, often the score is as dry as the setting’s surrounds. Too often music serves to tell people how to feel, so the minimal, sparse score is appreciable. The music does do a little directing, but its main focus is on underscoring the scene rather than forcing our response. In this way more of the ambient sounds get to come through, which effectively sells the landscape and the characters.

Dialogue is also minimal, so often a character’s actions carry more weight. When used, dialogue comes at the right times to give a little bit more insight into the characters. It also allows for some of The Unknown Saint‘s more humorous and dramatic moments.

Characters may be squabbling, but it comes off as charming and funny as the dialogue sounds both silly and natural. Other times someone may be pleading with another. The sparse dialogue brings forth a sense of frustration in a non-overt manner. There are plenty of moments such as these, and all they feel grounded. It helps that not every line is important and the tone is mostly conversational. It also helps that the physical acting plays a large part. If it didn’t, the minimal dialogue probably would comes off as lacking.

Where The Unknown Saint really shines is in its cinematography. The town and its residents have only a dirt road leading elsewhere. A few establishing shots could have expressed their isolation. However, the continual use of space and framing goes a long way to make the setting feel real. Often shots feature great amounts of landscape whilst keeping subjects a small part in the frame, reinforcing scale. The framing goes a long way to impress a sense of smallness and isolation of the setting.

At times flat angle shots give focus to brief interactions and help develop characterisation through body language, or carry forward some humour. At others, two-shots establish spatial relationships between characters and their roles whilst also giving a sense of depth to a scene. Often the film feels much like a series of great photographs in motion without the artificiality that may imply.

Coming into The Unknown Saint from the viewpoint of the thief helps to give a sense of the outsider’s perspective looking into an undesirable situation. However, as the film includes other characters’ viewpoints, it looks at the situation (and by extension the town) from a number of angles. Within the viewpoints there are a few things that the film could be about. It could be about religious practice, small town behaviour, but overall there is a strong undercurrent of obsession, or at least stubbornness. The thief obsesses over the buried money, the young man’s father obsesses over the land he tends. The guard obsesses over the dog whom he treasures above all. However, despite these possibilities, The Unknown Saint doesn’t present them overtly. It sets its themes in a believable world with believable characters. Not everything hits the mark, but otherwise the film makes for pleasant viewing.