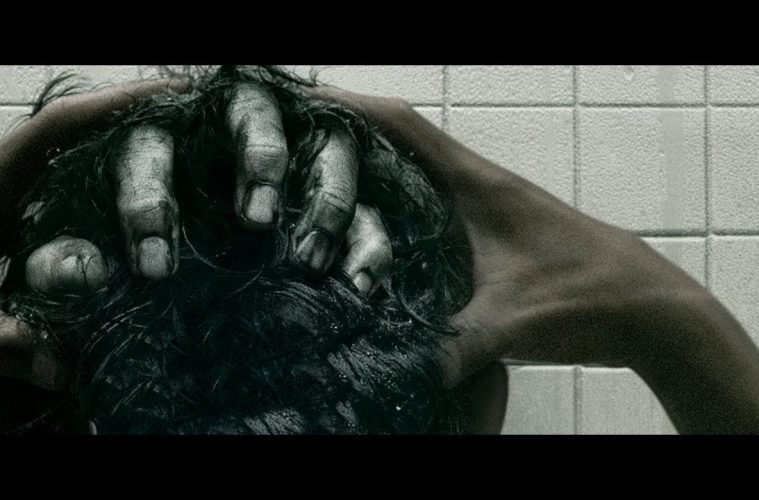 The Grudge (2020) is a re-boot/remake of the Japanese horror film from 2002 (Ju On: The Grudge) and a series of American remakes in the mid 2000s. But never mind, the important point is the Grudge is back in America infecting anyone that comes in contact with it.

Symptoms of contracting the Grudge may include, seeing small children with blood running from their noses, creatures with black hair hanging out in your bath and/or shower,  repeated jump scares and a constant sense of unease and or paranoia about Grudge symptoms destroying your life.

The film has some extremely creepy sequences enhanced with ominous cinematography and a dark tone, it’s certainly not an uplifting atmosphere, but ultimately any sense or horror or unease is fleeting and predictable. The issue is the film bounces back and forth between multiple timelines and characters so it never really flows, you never feel like you are invested in one set of characters or a main storyline. It seems like the film is just a vehicle to set up cheap scares and not much more.

I was intrigued when a heard that an R rated “gritty” Grudge re-boot was on the way and it’s not THAT bad it’s just not really that good either. In the modern age when horror films seem to be hitting new heights with films such as Hereditary, Get Out and The Witch, The Grudge re-boot is totally unnecessary.

The Grudge is following a recent trend of horror films made on modest (by Hollywoods standards) budgets bringing in decent profits for studios, so expect plenty more grudge universe titles scuttling at you like a mid 2000’s CGI ghost.

To be honest, I think I’d rather this premise was thrown out with the tepid bathwater and studios focused on original content with more heart.