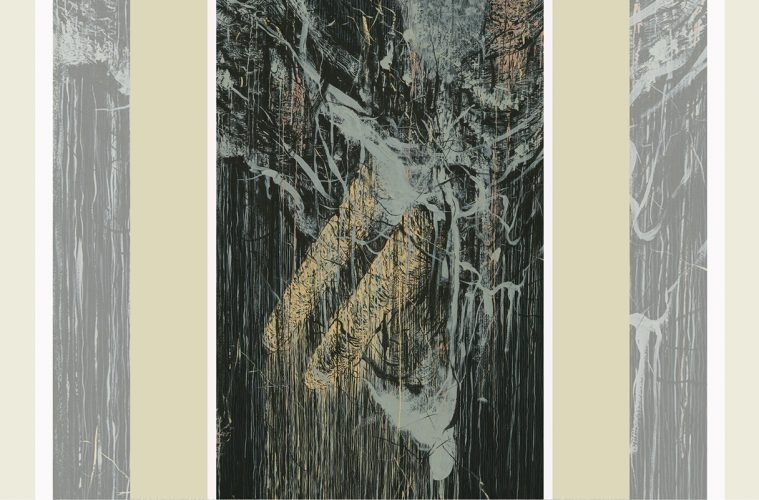 SUMAC: May You Be Held

May You Be Held commences with a crawl. A low, deep and pressured crawl. In a way it’s almost meditative and deconstructed, and perhaps that’s the point of “A Prayer for your Path”. Eventually some vocals come in, distant and gritted, gravelly, adding perhaps more shape to the procession, and perhaps hinting at something fundamentally off and tortured. There’s a calm in all of this, an acceptance, but also a harshness; a hardness.

“May You Be Held” comes next and starts as a chugathon. A bit of a melodic one at first. Once the song kicks up there’s some hollering and, even though this is clearly some angular attack, it almost feels like there’s gonna be a hoedown. Once vocals establish properly the song becomes more harsh, angular and jangly in a manner.

May You Be Held feels a little more like a journey than previous SUMAC albums. The group preserve a strong sense of improvisation that helps in places as the songs move from section to section, but there still remains an aimlessness that doesn’t always hit the mark. The title track is a lengthy and at times wonderful track. However, like a number of others here, it hits points of excess, providing diminishing returns. Lengthy noise sections done well are great, but by the time one kicks in the song already has touched on so many things and committed to so few of them. It feels as though SUMAC weren’t sure how to progress the track and were trying to buy time, but there already was more than enough afforded.

Near its end “May You Be Held” becomes a starkly different, sludgier song. It’s very much less expansive and more compressed in sound; a better way to put it is that the song is not as abrasive as it could be, and that’s probably beneficial. Eventually the chugfest returns from wherever it went and now the band stomp like quiet giants. Eventually after that noise returns, though more distorted and once more it sees something more defined come in behind it. It’s almost the band unraveling and trying to get back on course, which they do, in time for more heaviness.

“The Iron Chair” starts with more noise. Very careful and spaced. From there it goes into a rather chaotic menace, a slight pause, then more menace. The section is almost free-form and perhaps evocative of the torture device, with the spaces between either being the finality of its conclusion or someone being lead to one, and the blasts being the torturing.

Eventually a slow drum roll and then vocals come in. Drone sets a scattered, expansive landscape, whilst remaining claustrophobic. Some tinkering comes into play which leads to a growing mass that builds but doesn’t seem to increase, if that makes sense. Perhaps it is the dismantling of the chair.

“Consumed” is the next big track, and it’s very bottom-heavy. At first. Drones harsh to hearing whilst something low that sounds like it could be a band playing far off in the distance goes on. Percussion eventually comes in and plays this bouncing, reflecting groove. Guitar continues the drone with a bit more riffage. Percussion transforms and noise wails in the background. Once bass properly establishes itself the group keep riding the moment, slowly shifting and getting closer to ground. The harsh vocals call out and eventually SUMAC shift into more of a heave and throb, riding the moment and stretching it out once more.

A quiet section makes an appearance holding dread and a sense of inevitability. It’s (relatively) terse, and once it lets up menace takes over as a great foreboding spreads across the music. Angular riffage against thick bass and spread percussion push on until it comes to an end and the guitar tries to sustain, unable to do so and trails off, seeing the return to noise. Harsh, buzzing and once more vocals come in, adding more form whilst seemingly following the noise.

It’s on “Consumed” where all the disparate ideas come together and congeal the best. Even the final hardcore / sludge blast feels like it belongs and like a progression more so than it does something just shoved in; especially when it takes a brief pause, then comes back and just magnifies in intensity.

“Laughter and Silence” starts off the most direct of all of the album’s songs. Probably the calmest and most peaceful too. It moves through many phases, touching on a few moods, including sadness in an expanded manner. It also touches on some peacefulness too. Eventually the guitar finds itself stuck; the drones, warm though grandiose, approach the forefront before falling back. The guitar has diminished, disintegrated and plinks out a metallic call. After embracing space for a while the percussion also fades. From there, the song ends mostly with a few drops breaking the silence. It’s a rather peaceful way to end the album.

Perhaps “erratic” is the best way to describe May You Be Held. It feels both more and less focused, and that extends over a good portion of the album as a whole. Individually the sections are great; Just really solid, exploratory, hard-hitting things. When taken as a whole is when problems come forth. It’s difficult to fault SUMAC as a group; There’s no denying that they don’t want to rest on their laurels. They’re furthering a sound here and making it more their own and they often sound confident in their delivery of said sound.

I can’t say that May You Be Held is a bad album; It really delivers when it needs to. I also can’t say that there isn’t room for improvement. The improvisational feel of SUMAC’s work needs refinement. They’re getting better at it, but they’re also too willing to either drag things out or skip through things too much. The result is that the album drags in some parts and skips ahead before fully developing in others. It’s album, though not without room for improvement.

May You Be Held is available here.