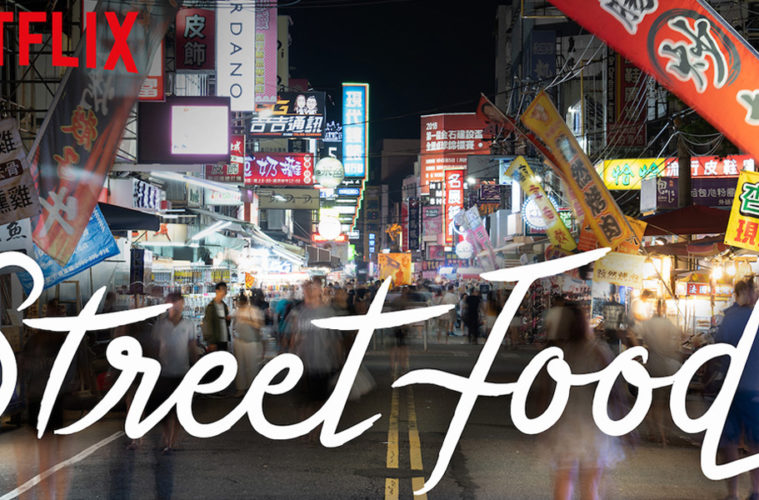 The 30-minute episodes follow the same format in exploring culinary gems of major cities in Thailand, Japan, India, Indonesia, Taiwan, South Korea, Vietnam, Singapore and The Philippines. In each destination a popular street vendor-cum-chef features alongside various ‘experts’. Complimenting their narration are visuals of city landscapes, food close-ups, archival footage and graphics. The repetitive formula doesn’t create an engrossing binge; for a more concise watch, I recommend episodes focusing on Vietnam, South Korea and the Philippines.

The centering on the chefs’ voices thoughtfully propels the series forward. Their stellar work ethic is impressive; Bangkok-based Jay Fai – an elderly woman with decades of unnerving dedication to her craft – has lines wrapping the sidewalks of her humble establishment. Their endurance of personal hardship is especially poignant; Dehli’s Dalchand Kashyap speaks on the devastation of family drug abuse; Saigon’s “Truoc” Phuong recounts the anguish of miscarriage, and both Osaka’s Toyo and Cebu’s Florencio Escabas reflect on grappling with their traumatic childhoods by creating community through their customers. Unraveling against glorious motion shots of their cooking, these tales of resilience exuberate their professional and personal prowess.

Although this is a sufficient narrative, Gelb and McGinn felt it necessary to cram more into the episodes. Cultural historians, food critics, and curators bombard the viewer with facts that don’t form any substantial course of information. Graphics of different recipes appear at off-beat moments without added technical insight. With excessive content bouncing around, the chefs’ stories don’t have space to breathe.

Accentuating this bursting narrative, the production of Street Food becomes glutinous. Footage captures the dramatic stirring of a wok, the glitter of a freshly served dish and the energy of eating at these busy stalls. Music blares, experts chatter, images pop on and off the screen. This consuming sensory experience comes at a price of feeling more like a tourism ad.

At times the overexerted tempo dials into a calmer pace. Grace singing with still-frames of Chiayi is tantalizing, and in the Yogyakarta episode Indonesia’s characteristic hum of scooters and crowds of Indonesia is heard for the first time. Landscape still-frames and the subtle sounds of food and city alongside the chefs’ story-telling provide the series with its most raw moments. If given the chance, this structure could have carried the show.

Most often though the episodes feel as crowded as the cities they are based in. Due to the constant climax it’s hardly noticeable when one chef is awarded a Michelin Star. Recipes are randomly referenced – bizarre, considering the series’ namesake – making the presence of food one-dimensional. At the end of each episode, following closing notes of a chef’s powerful story there is a sudden switch to Instagram-esque aerial views of dishes. It’s like an inappropriate UberEats ad to help process their harrowing life events.

The magic of the chef’s stories was further hijacked by experts failing to locate the social nuances underpinning them. Each chef discusses the intersection between food and family; Yogyakarta’s Mbah Satinem beams about how she supports 10 family members through selling the dessert jajan pasa. Florencio Escabas, struggling with health issues, has his children manage the business in exchange for the profits to put their children through school. While the chefs are feeding them their culture, the experts never divulge on family values beyond clichés about ‘tradition’.

The experts continuously skim passed cultural context in favour of random anecdotes. More than once, the chefs’ talk about opening their small business during a period of intense poverty. As Seoul’s Yoonsun Cho discusses struggling with debt and persevering through social politics of the industry to support her family, an expert breaks down the impact of the Korean War. The experts’ existence in the show is a real enigma as their tangents only prevent further understanding of the chefs and the (even more neglected) food.

Street Food sorely lacks self-awareness. Despite a brief reference to how street food essentially feeds the Philippines’ poorest communities, the series provides no critical linkage between socioeconomic climate and the labour it begs. It was a disservice to platform these peoples’ experiences behind rose-tinted glasses as a lifestyle of producing popular scrumptious dishes instead of framing their success in retrospect to their environment.

Overexcited but half-hearted, Street Food needed more time at the chopping board. Sure, it was fun to visually indulge in Asia’s street food. I was salivating throughout and making lists of new foods to try. However, this picture-perfect gastronomy was a fluffy distraction against Gelb and McGinn’s dizzying direction. As Street Food placed their most solid content within a circus of disconnected material, they created a bouncy tone which dishonoured the chefs and food they were trying to celebrate.