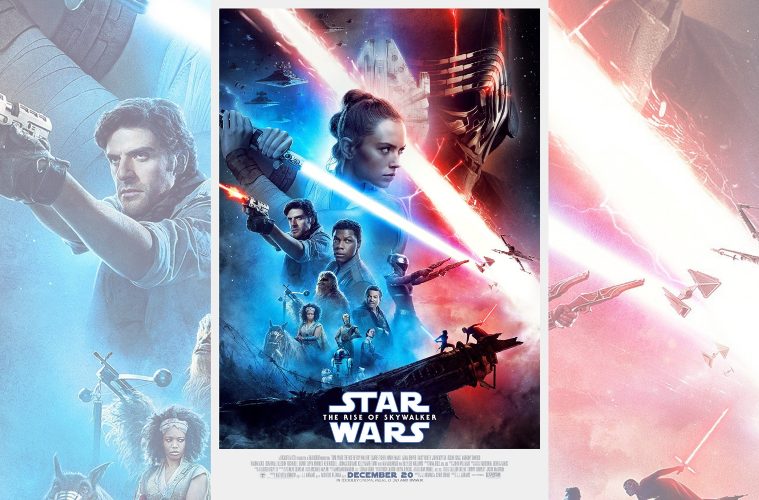 Star Wars: The Rise of Sywalker

Well, the Sywalker trilogy is finally over, or is it the the Skywalker saga? At this point it’s probably more appropriate to call it the Palpatine saga considering he’s behind everything.

The Rise of Skywalker concerns our plucky group and their quest to stop a bad thing, or something. At the start Palpatine returns, delivers throwaway dialogue about Snoke and pushes Kylo Ren forward as a threat. Somewhere around then Palpatine reveals his shiny new star destroyer fleet which is large enough to eradicate all potential tension. Then a chase race ensues.

From there Skywalker grows into a film difficult to take seriously. Instead of a desperate scenario filled with urgency and adventure, a series of insults is hurled at the audience as a desperate scramble for tension flows outward.

You know what partly made Shin Godzilla work? For the most part Godzilla’s presence was there, driving the plot forward. Sure, the film sometimes feels less about an irradiated creature and more about the way government handles issues. However a lot of their actions were related to the sudden appearance of something not dealt with before.

Palpatine’s inclusion, whilst feeling unwarranted, is great, if only for Ian McDiarmid’s abilities as an actor. That said, like most other things in Skywalker, he feels like a box to tick. He kind of stands there, floats around a bit and doesn’t really move. When scenes move away from him, Palpatine’s presence fades away, leaving most of the pressure and driving force to come from the film throwing scenes at you. Sure, this film doesn’t need to be Shin Godzilla. However, the implied driving force of the plot often remains suggested rather than actualised. But I digress.

Aside from their being physically in the film and a few parts felt thrown in, gone are the characters Poe and Finn.  Instead of continuing on from The Last Jedi‘s ideas, Skywalker is happy to not meaningfully build on them. For some this is a good thing as The Last Jedi is a pretty, yet inconsistent film.

The idea of Daisy Ridley’s parents being shitty nobodies is a great one. Sure, it’s troubling, but at least in The Force Awakens she was able to look past this and push it aside to focus on what she felt necessary. The great thing about this is what it suggests; you don’t need some sort of great heritage to succeed, be powerful and do great things. Whilst this does simplify the suggestion and its application to reality, it’s still worth considering as it speaks of what should more often be.

Skywalker goes for the “It doesn’t matter who your parents are” message again, but in a way that strongly implies it does through an additional twist on the parents being nobodies. That your connections are more likely to determine your success is a more realistic suggestion. However, dressing it up as “You don’t have to be evil just because a relative is” doesn’t make the suggestion any less shitty and lazy.

There were other ways to explore what remained of Daisy Ridley’s arc after she and Adam Driver discuss how her parents were nobodies who sold her for booze money in a manner that both gave the dialogue the importance it needed whilst also suggesting the meaninglessness of its revelation. Sure, there’s the question of how much you should trust an antagonist, but going “Well actually” cheapened that moment whilst also preventing any possibility to explore connected lingering questions in a meaningful way.

So anyway, everyone acts their way through scenes and Sir Anthony Daniels has a chance to monologue about friends; friends who either barely knew him or mostly treated his character like crap. His role is important, albeit forced and soon after his key moment he mostly fades from view. John Boyega and Oscar Isaac get important moments and do the best with what they have, but mostly feel superfluous to events. At a stretch it makes sense but surely they could’ve had better involvement in the goings-on. Whilst they have moments, what they have feels like an afterthought of convenience rather than a genuine sense of belonging. That said, they don’t feel as underutilised as Kellie Marie Tran whom, whilst poorly implemented in The Last Jedi, had a lot of wasted potential here.

Adam Driver and Daisy Ridley also do the best with what they have. Their scenes together are mostly okay, though some have problematic undertones. Their characters are believable at times and ridiculous at others, but otherwise they are mostly okay. Sometimes they’re believable; at other times they’re passable, but ultimately it’s just enough for the film.

Once more Ian McDiarmid steals the show with ease. Not only does he outperform everyone else, but he does it whilst barely moving and dressed as a vampire. He makes good use of going over the top and his performance is delightful to watch. Sure, his inclusion doesn’t feel warranted. He’s by far the best thing of Skywalker; there is no contest, which is unfortunate and feels like more of a fault with the directing than it does the actors.

I want to give Skywalker more respect. I really do. However, it was a film that did little to earn it. It came off as rushed and made to appease as many people as possible. It was too willing to get through as much as quickly as possible in a way that left a lot of the film feeling as though it was there just because. Less may have been more here; it’s possible that cutting down on how much the actors move from different locations could’ve allowed for a better sense of urgency to develop. That said, that would’ve alleviated only one of many problems. There are enjoyable moments, and as a conclusion it’s satisfies the requirement of concluding a story. Beyond that it offers little other than suggestions of what it could’ve been.