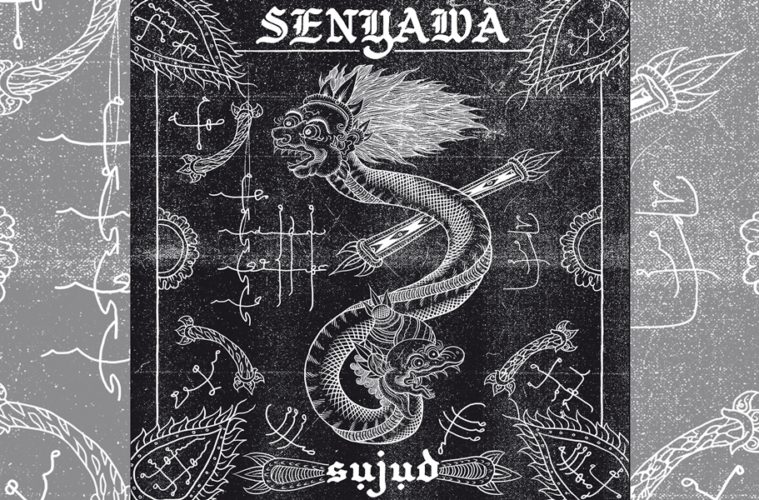 Senyawa have been around for a while and spent most of their career in relative obscurity. I’m sure that in some circles they’re massive. I’m also sure that in others they are non-existent. Either way, Sujud, their latest album recently saw the light of day.

The album is once more an exploration of sound from Senyawa. Carrying naturalistic themes, the album is a meditative (and somewhat-less percussive than usual for them) record. Even in highly energetic moments Senyawa sound as though they have firmly embedded themselves within a spiritual state of focus.

There’s also a strong sense of immediacy to Sujud. Several songs sound as though they were improvised on the spot. At the same time the songs don’t sound sloppy or loose. The songs could have been improvised or rehearsed; there’s enough to suggest either. Ultimately Sujud gains more character from the approach and the songs are more captivating for it.

Of note is how well auxiliary sounds fit into the songs. Toward the end of the first track, what sounds like scraped strings works as an implication of something unraveling. As the English title of the song is “Undo the World”, this is likely intentional and fits in well with both the theme and overall atmosphere of the song.

Of course this is not the only moment. There are plenty like this throughout the record, but it doesn’t become clear without repeat listens and consideration for what your hearing. In that regard Sujud is not an album that is willing to immediately reveal itself. It is one that rewards repeat listening, as cliché as that sounds.

All of this is to say that Sujud works well as an album. There’s a kind of dark sound, but the album doesn’t feel dark. There are some moments where it’s a bit more on the menacing side of things, but there’s a sense of calm and, as mentioned earlier, meditation through the whole record.

Once more Senyawa have shown that they know how to work well with what they have to create something so much more. Sujud is a deceptively deep, atmospheric and expansive album. The album sounds and feels deliberate and considered, yet still highly expressive. It makes for a rewarding listen and insert hyperbolic remark about Senyawa and Sujud here.

Senyawa’s Sujud can be found here.