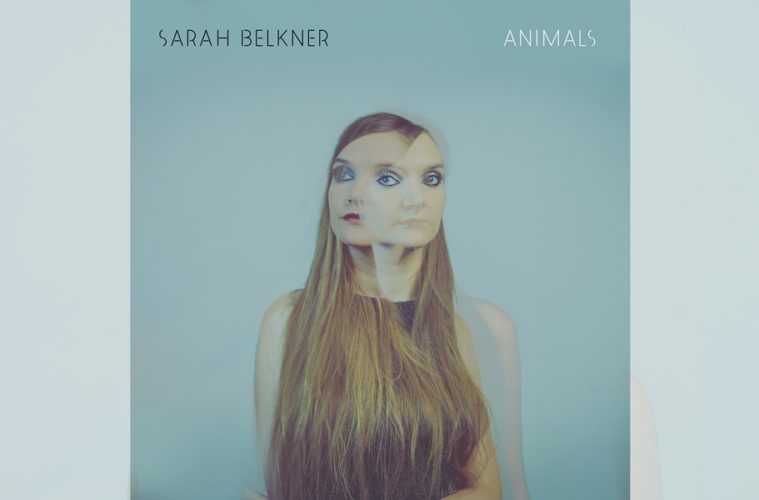 A thick, stomping drum sound is the main anchor of “Animals”. The percussion has a bit of a heave, but it doesn’t feel sluggish. As the percussion starts the song, the rhythmic nature of the song becomes apparent quite quickly.

Most of “Animals” is pretty low key; at least until shortly after the three minute mark. At this point the song explodes in sound. After the initial burst, “Animals” softens a little, but it still remains fuller in sound than prior to the burst. As the song sounds more confident from this point, it makes for a nice shift without drastically altering the song.

The synth sax is an interesting touch. It alternates between drawn out lines and short blips that enunciate and fits in nicely with the other synth sounds. It would’ve been nice to hear how analog sax would’ve sounded in its place, but the synth sax works well for the song.

Sarah Belkner’s vocals are quite strong and passionate. Sticking to (mostly) lower notes for verses and higher in choruses, she makes good use of her range. That’s not necessarily anything out of the ordinary, but Sarah Belkner handles it with ease. She knows how to get the most out of her voice without struggling and it shows.

“Animals”‘s lyrics seems to be an exploration with a sense of realisation toward the end. There’s no grandstanding, no empty posturing; just a search and a realisation. There’s also an undercurrent of longing in the lyrics (and the music) that carries troughout the whole song. It’s difficult to say if this was intentional or not, but it’s not overt and it helps to shape the song a bit more.

To be honest, when I first started listening to “Animals”, I didn’t think much of it. I thught it was just a shallow, trite song. “Animals” is not a song that reaches for depth; Nor is it one that aims for subtlety. However, it is a grower. None of it feels cynical, or like pap. It’s a passionate song that stands as an excellent form of the craft.