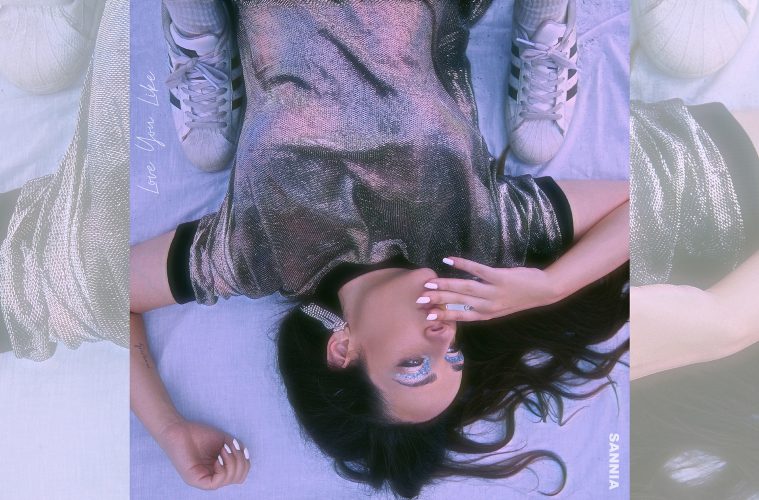 “Love You Like” starts with layered vocals before it gets into the main meat of the music…. song. Softish vocals, gentle music that keeps things sort of like an easy lull. The vocals rise a bit, then something akin to a chorus comes in.

There’s a little bit more instrumentation going on now but the song is still somewhat-minimal. The vocals repeat the opening phrase whilst instrumentation keeps a bit of space, though with a bit more punch.

That punch carries on through to the second verse. It’s a little less calm but still as dramatic. From here the song builds a little more and by the second chorus the melody and emotional punch is rising.

“Love You Like” hits its stride with this thick electronic sound that’s rather warm and strangely upbeat, especially considering the subject matter. It’s grand, loud, somewhat-dreamy and just really pleasing. It feels like an earned moment in full form.

Instead of ending big the song kind of winds down and SANNIA says the last few lines with softness. It works, but the song doesn’t necessarily need it. It feels like maybe SANNIA was trying to make the song more intimate or relatable in some manner, but the subject matter itself does a good enough job of that. That said, it’s not unwelcome.

Originally I was going to say that “Love You Like” is a straightforward romance song leaning more on the heartbreak side of things… maybe. I was going to say that it seems to put forward a situation of unhealthy dependency, and is ultimately fine enough, if rather standard. The problem with saying that is that is that it’s dismissive for what has a bit more going on than initial listens might suggest. It seems uninteresting and in places bland, but it IS interesting and quite well-developed. The music moves effortlessly and hits all the right points, and the subject matter comes across effectively; It feels genuinely relatable.