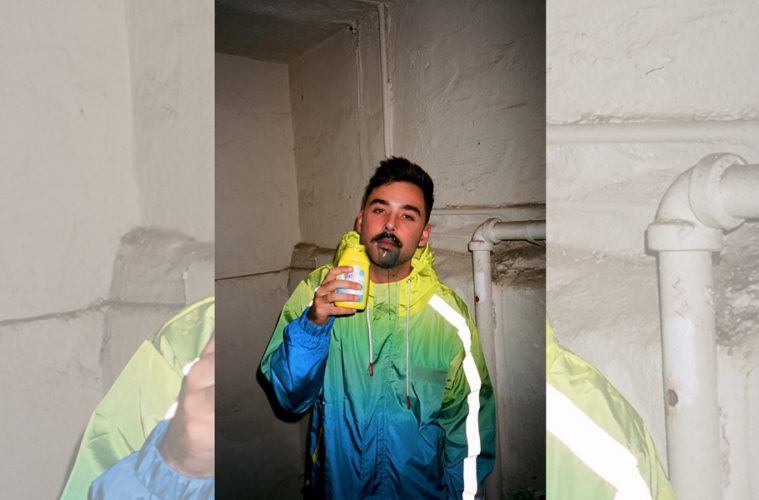 After talking about GUARD’s recent single I was afforded the opportunity to ask a few questions regarding the single, among other things.

Ez: Good morning, or afternoon, or evening, or night! How are you during this fine period of time?

Guard: Hey good evening!! 🙂 I am doing great! Just chilling watching Slasher on Netflix lol it is so terrifying.

Ez: What was the impetus to translate the experiences expressed on “I’m Calling the Cops” into a song format?

Guard: Basically I was just going through a really tough time last year with my mental health partly to do with a breakup, but also a lot of other shit I had let build up. I linked up with two amazing artists – Matt Ferree who co-produced the song & Miranda Glory who helped me with writing, & we wrote about my experience as I was dealing with it. It was part of my healing process <3

Ez: And what led to the decision to express those experiences in that specific style of music over another?

Guard: This was the first time I had worked with Matt so I didn’t have any sonic expectations going into the session. I did however take all of my emotional baggage to the session with me. So we headed in a emo, dark direction to capture my state of mind at the time. I later got my friend Umru to add some of crazy samples and sounds to make the song a bit more PC. I’m obsessed with his work out on PC Music :]

Ez: “I’m Calling the Cops” runs a little under three minutes. Was there a desire to make it a longer song, or was it easy enough to keep it brief?

Guard: I love short songs! And I love variation in structure & melody. I just felt like I had said everything I needed to say, and I didn’t want to repeat a chorus or add a bridge if it wasn’t needed for my narrative. 🙂

Ez: Is “I’m Calling the Cops” going to be part of an album, or are you looking to stick to singles for the time being?

Guard: Ideally an album yah!! The three of us (Matt, Miranda & myself) locked ourselves away for a month and made a full project called The Identified Patient. It was such a healing process for me as I dealt with a breakup and also a super super dark time in my life. I am so grateful for the two of them & their time & we made some really cool music. I’m hoping to do a song a month for a while and then drop the whole project later in the year!

Guard: I think the album format is perfect for telling my story and for listeners to go on my journey. However, I want to get as many people hyped on my project as possible before dropping the whole thing. In that sense I think singles will be cool for a lil while!! But not too long!!

Ez: Do you feel that ego is important to music, and why / why not?

Guard: I think yes & no. It’s important to trust yourself on certain things like musicality, melody, taste etc, but not to the point where you aren’t open to new ideas. This music game requires a team of people to make it happen & relationships are the most important thing you can learn from everyone!!

Ez: Thank you for your time. I hope you have a great day.