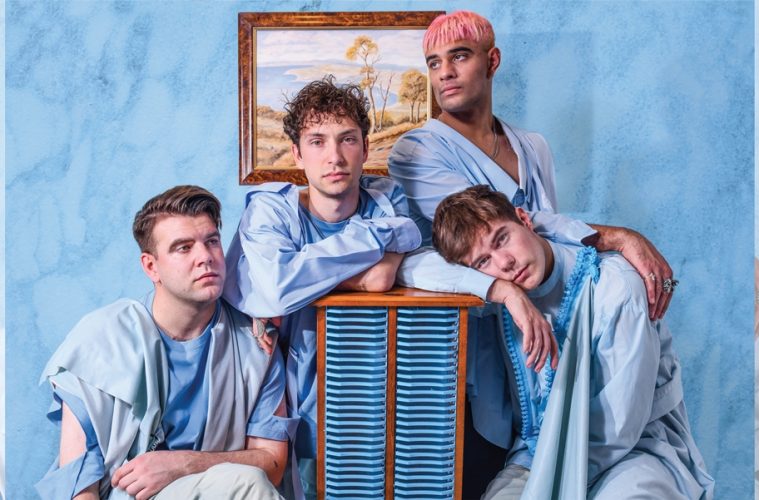 Q & A With Pinkish Blu

I had the opportunity to ask them a few questions, so I sent through a few.

I asked mostly about the new single and they responded in kind.

Ez: Hello Pinkish Blu!
Firstly, what do you think it is about a synth-based sound that helps you best express your music?

PB: Our sound sonically has no restrictions, so floating under the pop music banner with synth-based sound allows us to do whatever we like and be as creative as we like. Plus synth is fun, SO many options.

Ez: What are you looking to get across with “Superstar”?

PB: To continue honesty and openness about the themes of love and romanticism and all their complexities in life.

Ez: Was that always the intention, or was it something that developed on its own as the song was written?

PB: It definitely developed, as it always does, but Superstar stemmed from a place of infatuation and love, nothing was reserved.

Ez: Is “Superstar” a standalone single, or will it be included on the album coming out next year? If so, in what way do you feel it represents the album?

PB: Superstar along with the rest of the EP due to be released next year continues the concept of being honest when it comes to the intense feeling of love in life and acting upon those feelings openly and wholeheartedly.

Ez: What do you feel was the biggest challenge when it came to writing “Superstar”?

PB: There was never really a challenge, it was more of a release, an open letter you could say, something that felt good to get off the chest.

Ez: And what about the easiest part of writing it?

PB: Writing from experience and a place of reflection.