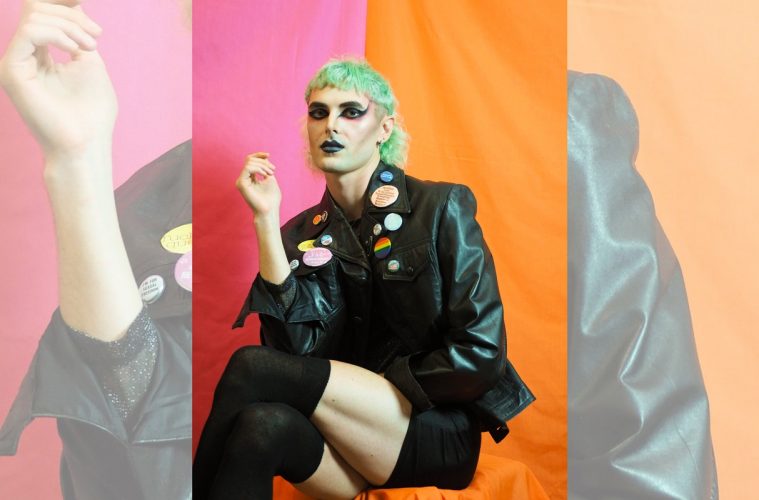 In the lead up to the release of the music video for “Nightshade”, I was fortunate enough to be able to shoot a few questions to LAVRENCE. I asked about the song itself as well as its music video.

It’s been a bit too long.
I hope you’ve been well.

LAVRENCE: Hi Culture Eater!
It absolutely has, I’ve been doing great, thank you – same to you.

Ez: On “Nightshade”, what themes were you looking to explore?

LAVRENCE: Nightshade is about identity, bravery and resilience.

Ez: Do you feel as though you were effective in conveying those themes?

LAVRENCE: I do! They say write about what you know so I felt comfortable using my voice in that way.

Ez: How did the song come together? Was it an easy process, or was it challenging?

LAVRENCE: Bobby Gray, my producer, and I had come up with a sonic landscape that we were excited about at the time: new wave, 80s via 2008, indie dance meets pop. The instrumental came quickly in a studio session and we were particularly excited about this track as we felt we had finally actualised the sound we were crafting. The lyrics came hot and fast too – it was a really fun experience.

Ez: How did the song’s title come about?

LAVRENCE: I actually can’t remember how I came up with the term “Nightshade” but I love the sassiness of it. I think with a lot of my songs, they can be as deep or as shallow as the listener allows. On the shallow end of Nightshade, it’s about dressing up and feeling a little shady and confident but to take it deeper, it’s about how as a queer person – you build your identity to liberate yourself from societal norms that have imprisoned you and caused shame.

Ez: There’s a fair bit of charisma and energy to “Nightshade”, but it seems as though these aren’t pushed as much as they could have been. Was this something that happened consciously, or was more a natural reaction to what the song required?

LAVRENCE: Thank you! Although “Nightshade” is a fun, high-energy dance song – there’s still that theme of protection to it, of armouring up to face adversity. There’s honesty in a performance that’s slightly held back – it’s more human and less fantasy.

Ez: How did the idea for the music video develop?

LAVRENCE: The video recalls a time in my life where I was on autopilot –a bit traumatised and apathetic. I had a vision for how I wanted to show up in the world but wasn’t brave enough. Through a lot of self-work I was able to break free of that. I chose to film it at The Imperial in Erskineville because it’s such an integral part of many journeys within the LGBTQIA+ community – including mine. The video was directed by Bárbara Guzmán Galeb: she was really integral in telling the story from a more emotional stand point and pushed me to be more vulnerable.

Ez: The music video is both performative and conceptual in nature. Do you feel as though a mix of both was the best way to reflect the song’s themes?

LAVRENCE: Absolutely! I wanted to capture the energy of what I do on stage while giving a peak behind the ‘veil’ of a performance and showing what’s behind an empowered artist – the journey it takes to get there and the intent behind it etc.

Ez: Thank you for your time once more LAVRENCE.
I hope “Nightshade” does well, and also I hope you’re having a fantastic time.

LAVRENCE: Thanks Culture Eater! I’m so grateful for your continued support and hope you’re doing ok during these discombobulating times. Hope to speak with you soon.