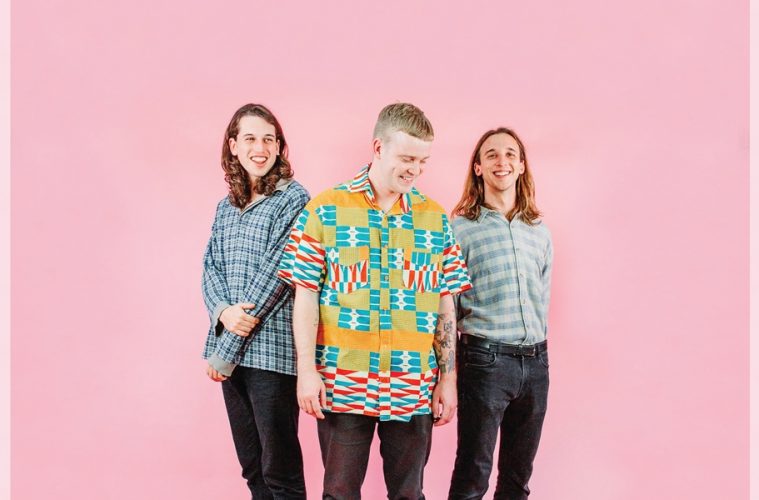 Q & A With Blue Velvet

Here’s a few answers to some questions about the song I shot through to the band.

I’ll start by asking: What is the meaning of “It’s All Gravy” for you?

Blue Velvet: Without a doubt, it was definitely our mindset throughout the whole process of recording the song. As a band we would always get caught up in the whole writing process and overthink how every part would fit into each other. I reckon the most important lesson Blue Velvet learnt was to just left stuff happen when writing and recording and it just made everything so much easier for us all

We were all really into conspiracy theorists and alien hunters who were all insanely adamant in their beliefs and stuff. I mean, these are a group of people who will go to the ends of the earth to prove their beliefs that a ton of people will think is crazy. In a way that sort of reflected on us as a band when we were in the studio getting the song down and just that whole motto stuck with us.

Ez: The song seems to exhibit a mid-tempo pace and a contrast between the soft and loud. In what way do these two elements add to “It’s All Gravy”?

Blue Velvet: I feel like we’ve always loved blending completely different sounds into one song. It makes playing it all live a heap of fun. For us, we definitely wanted to play around with that idea a whole lot more with this song as we felt it really suited the crazy world of those conspiracy theorists and aliens. When the verses were being written out, we wanted the instruments and lyrics to sound like someone who’s just woken up from being abducted by aliens, like feeling all dizzy and weirdly hungover. Then the chorus hits and it’s meant to be a reflection of those theories coming to life. It was pretty insane watching it all come to life and we were just stoked that it shared that Blue Velvet DNA of the stuff we usually play around with.

Blue Velvet: There was so much to it! Overall we had a really great time playing around with the writing process we usually followed but we kind of wanted to mix stuff up a bit for ‘It’s All Gravy’. We really wanted to get in the head of the type of people we were writing about so we brainstormed a bunch of musical ideas that could reflect that. Like for the synth lead, we wanted it to sound like these cheesy 50’s Alien movies and wanted to bring that all to life. It was pretty nuts how much stuff changed when we mixed up the way we’re usually writing stuff out and recording it all. I feel like it was just a whole heap of brainstorming and then getting it down on paper which worked insanely well for us!

Ez: Do you feel that it fits well with your prior songs, or is it one that’s at a distance from them?

Blue Velvet: There’s definitely a change from our older stuff. We’ve always felt that we should write the music that is the most fun for us. I think the awesome thing about writing your own music is that it’s always an awesome reflection on where you were at the time you wrote it, and you’re always able to go back and listen to it and get hit by a massive wave of nostalgia. Blue Velvet always kind of want to mix up how we write and the type of stuff that we write. We always like to keep some sort of DNA of our last songs but we’re always growing as people and as a band. We’re all so different from the people we were a few months ago and it’s always so exciting to get who we are and put it into a song.

Ez: What do you feel was the easiest part of putting “It’s All Gravy” together?

Blue Velvet: Definitely giving the song a unique personality. Like I said, the most important thing for us when we were recording this song was for us to give the song it’s own identity and to be some sort of weird song reflection of the personalities of conspiracy theorists and the world they surround themselves with. It was way too much fun playing around with different sounds to be a reflection of that. I feel like Blue Velvet as a band has a real out there collective imagination and we wanted to absolutely use that to give the song as much personality as possible. It all came together so easily and it all felt right for us straight away; we thought it’d be way more of a challenge for us.

Ez: And what do you think was the most challenging part?

Blue Velvet: We really went outside our comfort zone when it came to this song. Going all the way back to our last EP, I feel like we got really stuck in a rut of always writing about the same stuff. Partying is always fun and stuff but I felt like we were always just writing about it and the music reflected that. We wanted to mix things up a bit when it came to what we actually wanted to talk about in this song. It was a real struggle, we knew we wanted to write about something new but we weren’t too sure. Then all of a sudden we started talking about aliens and alien hunters and totally laughed at the idea of dedicating a whole song to that…but then it actually happened…

Ez: Lastly, what do you think the best part about playing the song live will be?

Blue Velvet: Most definitely that bridge. Every time we’re jamming out the bridge section with the call and response we’re always having way too much fun with it. The whole band gets involved with it and it always just ends in us completely laughing our butts off. I’m honestly just terrified thinking about the challenge of holding in laughter throughout that whole section. Wish me luck!

Ez: Thank you very much for your time. I hope you have a fantastic day.