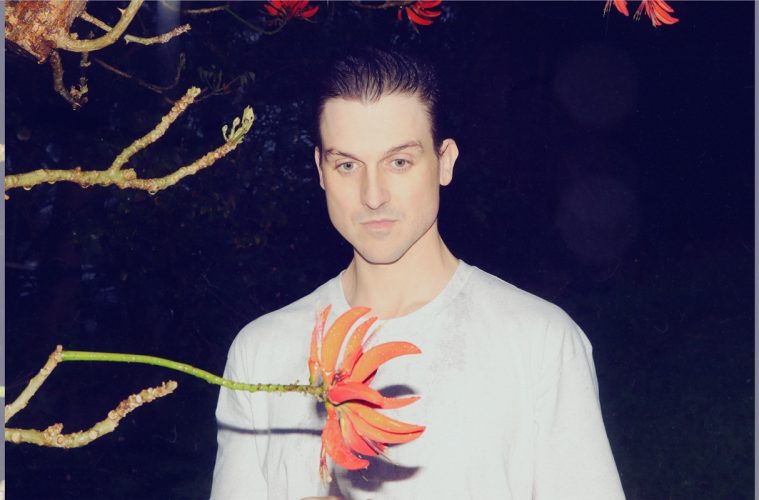 Q & A With Andy Bull

Recently Andy Bull released “It’s All Connected”.
I asked him about the single, and he responded in kind.

What was it that made you decide that now was the right time for more Andy Bull?

The short answer is that it just finally felt right, like I had something meaningful to contribute to the conversation again. I’ve been working on a lot of music in the background, and now, as a response to personal events as much as broader cultural events, it finally feels like the music I have been working on has a context where it can have a life. I didn’t want to attempt to repeat my last album, Sea Of Approval, I wanted to keep going on the journey. I feel like it’s arriving somewhere where it all makes sense to me again.

Ez: In your words, what is it that “It’s All Connected” is about?

I think if you have the means, psychologically, and even physiologically, to become aware of aspects of your personality or behaviour or your life, and if you have the means to then take responsibility for those things that you have become aware of, then you might actually have a shot at transcending them. Then there’s the possibility that you can have a conscious hand in what your life turns out to mean, as opposed to just being an object under the influence of inertia.

I want to be clear that don’t believe in “magical thinking” and “manifesting” or any of that particular brand of wish-fulfillment stuff. Like, I’m really cautious not to sound like an Instagram influencer posting self help quotes like “you attract what you are!”. Life is just not that straight forward.

And really I think it’s best to just focus on your own shit in private. You’ve got a problem- and this is a hard pill to swallow- ultimately you’re probably going to have to solve it on your own and deal with the consequences. It’s between you and your own conscience.

I’m a bit skeptical of people who talk about spiritual transformation on public forums like social media (or interviews like this, lol), or who try to make spiritual growth a “personal brand”. Those people can actually turn out to be really pathologically fucked up, and it’s potentially really harmful to be performative about personal matters when the reality of personal transformation seems to me to be kind of boring and ugly and repetitive and slow and inefficient; if not borderline ineffective. From my own experience, I’m a bit wary of any body who offers unsolicited advice too, or who even claims to be qualified to give it. So to be clear- I’m not offering advice- I’m just thinking aloud.

And my thinking is currently this: that there is potentially some utility in earnestly trying to comprehend why you and the world around you have the kind of relationship that you have- why your life seems to be unfolding the way it’s unfolding- and then imagining all the ways in which you could assume responsibility for that if you were able to.

For instance, I was looking at certain situations in my own life- like the fact that I hadn’t released music for years- and I had to believe that ultimately, I could take responsible for that if I was ready to. Even if it wasn’t that straight forward; even if there were extraneous forces acting on the situation. I had to believe in the hope that the more responsibility I could take for the way things were panning out, the more power I had to change them. Like- yes- this is all connected, but all the events of my life share one thing in common, and that’s me.

I wanted to imagine what the implications of that might be. As a kind of private experiment if nothing else. I’m still conducting it! I don’t know for sure, but my hypothesis is that acting as if this fact is true is the most enduring and closest thing to a sense of freedom that is available to a person.

It goes without saying that life is never so straight forward as to be magically solved by some intellectual formula, but my sense is that applied sanely, the principle will improve your relationship to your own life. Already it’s helped to roll a few boulders in my own life.

Ez: In what way do you feel the instrumentation and melody help to support that?

As far as melody, well, I guess the melody keeps walking a line between feeling major and minor- throughout the song it oscillates between hope and something maybe a bit more longing… like somebody who is looking to the future; to the past; and again. The other thing is that although the rhythmic impulse continues throughout, the instrumentation transforms at every section- nothing repeats itself in exactly the same way twice; not chordally or melodically or instrumentally- every time you revisit a section, it’s slightly different… and then it all builds to a lush sort of crescendo- a kind of freedom and euphoria.

Ez: What did you find to be the most interesting part of creating “It’s All Connected”?

Well, it’s kind fitting that this happened, but we initially recorded the song quite a bit slower than what you hear on the final version. I tried to record vocals to those instrumental beds for a while, but I just couldn’t get the melody to feel right, and it was really perplexing me. Eventually, it dawned on me that although the individual instrumental parts were all working together, the whole thing was just too slow.

We had recorded it to tape, so we used the varispeed function on the tape machine to speed the instrumental beds right up, and it suddenly came to life; everything was transformed; the tempo went up; the key went up as a result of the speed change, and everything went up the frequency spectrum so it has this sort of shine; it became quite bright sounding and it finally some energy.

I guess, what I’m getting at is that everything was transformed slightly, which seemed really fitting to me given that the song is about change.

It then all went onto cassette tape where I recorded the vocals, then back on to 2 inch tape for mixing, and then again for mastering; so it has a kind of grainy quality to it- I guess to my ears that evidence of a real analogue journey is there in the outcome, and that seems sort of human to me and seems to speak to the meaning of the song itself- we do, in a way, function as analogues for the experiences of our lives as they imprint themselves onto our psyche and our nervous systems.

Ez: And what part did you find the most challenging?

When I finished the song, I had people close to me tell me that they really loved it, but at the same time, pretty much every label person and extraneous “industry” type I showed the song to was indifferent or even disparaging about the song and the recording. So I think it challenged me to step up, and to have faith in the way I felt about my own music, and to just put it out independently.

Obviously I’m really glad I did. It’s reminded me to have courage, and reminded me that there are rewards for those who are willing take the risk and do the dirty work. Again, it all seems fitting given that it’s a song about taking responsibility for your life. To be honest, the whole experience has felt kind of “meta” like that- and that brand of meta-meaning is the kind of stuff I really get off on.

Ez: Lastly, is the release of “It’s All Connected” leading into something bigger, or are you looking to keep focus on singles for the time being?

The sense I’m getting is that people are pretty keen for an album. People write to tell me they’ve been listening to Sea Of Approval regularly since it came out- and those people have written the most wonderful messages to me about the new song too. That’s been the most amazing thing to hear, and if that’s how they feel then I have a lot more music for them.

Ez: Thank you for your time Andy.
I hope people get a lot out of “It’s All Connected”, and also that you have a swell day.