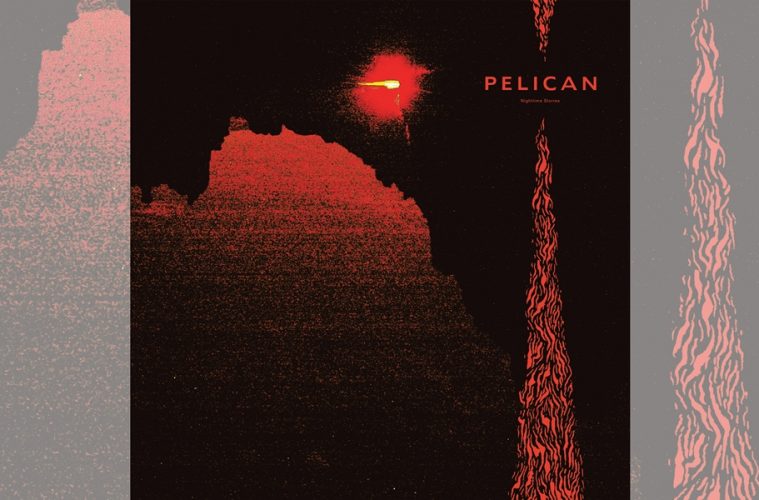 Pelican are one of those bands that produce music of the instrumental variety. That is to say that their music is of the instrumental nature. Considering their gradual shift toward more direct music (among other changes) it’s difficult to call them post-metal at this stage, although they still certainly inhabit that sphere of music.

Anyway, none of that says anything, so let’s get into the meat of this:

“WST” serves as the intro. It sounds like an intro, what with its clean, mystery-invoking clean guitar that louder sounds later swallow. This directly precedes the second track, as opposed to the third.

“Midnight and Mescaline” feels a little too much like “Deny the Absolute”. It’s kind of unfair to say that as Pelican reuse themes and play on self-familiarity better than plenty of bands. The song also makes for a good kick after the softer beginning.

The tempo is up, the mood is heavy and perhaps dark. It’s a song showing Pelican in full flight. Their interwoven guitar attack drives forward over a forceful rhythm section, but the song doesn’t force its bite; rather, it’s aggressive without the pummeling.

Overall the song is good, but it’s a little too redolent of an older Pelican track.

Third track “Abyssal Plain” has a staccato-like riff that it jumps right into, then expands upon soon roughly thirty seconds in . The drumming alternates between matching this and moving to blast beats. After the the first minute or so, then the song shifts to something else.

The song is a bit lighter than its namesake implies; Pelican were in full rock mode with this one. Whilst not necessarily an issue, you could argue that “Cold Hope” is more deserving of the title and vice versa.

That said, “Abyssal Plain” holds some surprises of its own as it moves toward its sprawling conclusion. The execution holds well, but the song feels a little too run-of-the-mill in places.

The rest of the album mostly sticks to being heavy and direct. Riffs pummel and crunch, percussion follows suit and overall Pelican just punch. The cinematic “It Stared at Me” is a (comparatively) gentle outlier, but it still embraces the heavy spirit of the other songs.

The songs generally do a good job of providing a conceptual feel. “Full Moon, Black Water” goes on a journey that leads to its climax being a more melodic mirror of its first loud section. There’s a sense of survival and victory, or at the very least a sense of relief.

The preceding “Arteries of Blacktop” sort of “plumbs” the depths, reaching low and scraping before lifting around the middle. It then sinks as the song moves toward its end, becoming more and more menacing and crushing as it goes. It I’d hesitate to say that Nighttime Stories is an album frequently evoking imagery, but there is a certain conceptual feel to how the songs move and transition.

Throughout both these song (and others), Pelican do their best to conjure a moody, “live” sound. At times this leads to something sound like it’s going to burst over and really bring in the force. At others the band holds back and brood a bit. The emotive quality is where Nighttime Stores shines the most as it’s a rather emotive album. However, at the same time the band has let go a lot of their ambiguity.

Pelican rarely have been a mysterious band, but there often was a way in which they wrote that lent their work room for thought and interpretation. For the majority of Nighttime Stories that quality is missing.

It’s likely that Pelican were looking to get something specific across. Being a rather emotive and direct album, this kind of makes sense. However, It’s not quite something that hits the mark.

Whilst they show good control and direction with the mood, sometimes the band pushes too hard or not enough.
On top of that, occasionally sections will come off as being more showy than necessary, and the obligatory big ending comes up more often than it should, diluting impact. A lot of what is in the songs is interesting, but sometimes sections feel like Pelican were going through the motions.

Over their career, it seems that Pelican have looked more to move toward songs that are more “live” and direct. It’s something that they’re good at doing and Nighttime Stories has no issues in showing that off. However, I’m hesitant to call the album great. The execution is good and some of Pelican’s best moments come forth, but too often the album is willing to be on the nose; something that Pelican aren’t the most adept at handling. Furthermore, the “live” and direct approach is beginning to hamper the overall quality of their music.

The best way to describe the whole of Nighttime Stories is that whilst it’s an overall satisfying listen, it could be better.