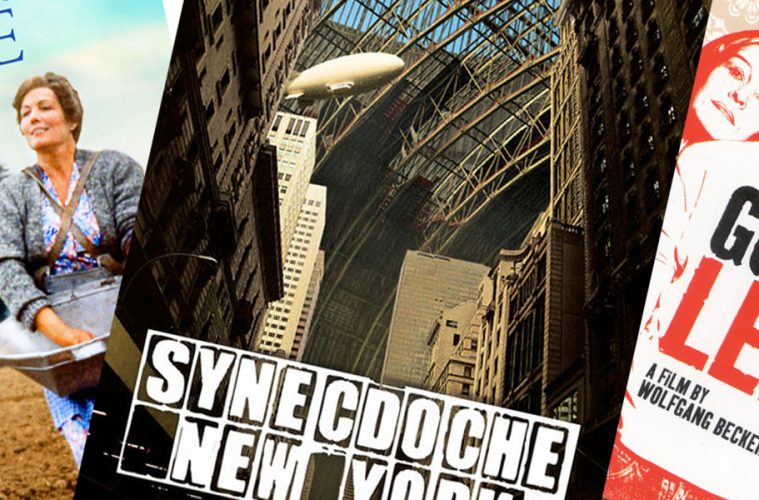 Open Your Ears: The Narrative Potential of Movie Soundtracks

Unlike other artists, filmmakers have the unique ability to express themselves through a combination words, images and sounds. Of these three cinematic building blocks, the first two have been studied extensively by screenwriters and cinematographers alike; the last often typically treated as little more than a decorative add-on.

And that’s incredibly unfair, because music can do much more than merely reinforce the mood of a given scene. A good movie soundtrack can function as a language of its own; one that is capable of developing the themes of a film with equal, if not greater sophistication than its actual story.

Set towards the end of the Cold War, Goodbye Lenin! follows a rebellious teenager whose staunchly socialist mother falls into a coma, only to wake up a year later. Fearing she will suffer a nervous breakdown upon learning that the Berlin Wall fell, her guilt-ridden son tries to make her believe the communist country which she loves (and he hates) never ceased to exist.

The world this guy constructs for his bedridden mother could not be more different from the one that exists outside her apartment. East Germany – the realm of Stalin and Khrushchev – is familiar, monotonous, and archaic. By contrast, the American-backed West Germany is new, exciting, and highly modern. It’s also home to Burger King and Playboy.

The film’s score, created by Yann Tiersen, echoes the dilemma of the protagonist by attributing different sounds to the realities that he inhabits. The scenes dealing with his mother, for instance, feature music that’s slow, intimate and unison; qualities which emulate what it’s like to live under a dictatorship whose rigid ideological guidelines rob its subjects of their independence whilst also creating a sense of homogeneity — and thus belonging — that is rarely experienced in the west today.

The music of unified Germany, by comparison, is hectic and fast-paced. Unwilling to accept their place as parts of a whole, trumpets, tubas, bells, violins and basses all play their own little melodies. Here too sound reflects the protagonist’s inner state. Freed from the tyranny of communism, his liberty comes at the cost of his mother’s life, a loss that renders him both lonely and aimless.

Charlie Kaufman’s 2008 drama Synecdoche, New York tells the story of a theater director who spends his entire life trying to stage a play only to die before he can finally show it to anyone. It uses music in less obvious, but equally engaging ways. Its main theme — the one from which all others stem — is death and the overbearing influence it has on how people choose to live their lives.

The film’s composer, Jon Brion, channels this pessimistic outlook into the opening song which he fittingly titled “Tacky Entrance Music”. The only uplifting section of the entire score, its mood is that of a carnival — forceful, temporary and deceptive. Barely two minutes in length, it’s a brief, yet potent reminder that happiness can be found only in dreams, while life itself is, and always will be, the stuff of tragedy.

In subsequent tracks Brion vocalizes the looming threat of death through his use of tension and modulation. Most of songs start out slow and simple, symbolizing the uncomplicated state in which we exist when we are born. Slowly but surely rhythms gather speed, melodies grow more complex, and more and more instruments are added to the orchestra; so much so that the song becomes like static.

In death, just as at birth, we are all the same. That’s the idea that Brion tries to express by beginning and ending his compositions with the same chords. Sure, there are differences: sometimes he uses either a guitar or a piano. Occasionally the tune arrives at an expected moment; Elsewhere it appears suddenly and abruptly. But, as the film tells us, “the specifics hardly matter.”

Antonia’s Line, a little-known Dutch drama from 1995, uses its music more abstractly than any picture discussed so far. Written and directed by Marleen Gorris, this self-styled “feminist fairy tale” narrates the lives of three generations of women as they come into their own in the seemingly idyllic, but in actuality quite archaically cruel Netherlandish countryside.

The protagonist of the film, a middle-aged woman named Antonia, returns to her home town so she may raise her young daughter without the aid of a father, something she is unable to unable to do in the judgmental city. A woman who values her autonomy above all else, she is presented as a larger-than-life figure that both defies and embodies the laws of nature.

The film’s composer, Ilona Sekacz, reflects these characteristics in Antonia’s leitmotif. Played softly by a chorus of violins, its sound reminds listeners of wind or water; forces that always finds a way, no matter the obstacle. The melody is also difficult to distinguish from the base, a detail which is significant considering the philosopher Arthur Schopenhauer thought one to represent mankind, and the other its environment.

Antonia’s motif contrasts that of her daughter who, unlike her, makes the conscious decision to seek out a husband and bear his child. The scene in which the couple consecrates their marriage is accompanied by music that is passionate and mechanical. Where Antonia’s music flows, that of her daughter’s swells, and where the melody and base once operated in harmony, here they battle — and it’s the latter that appears to win.

The idea that music can possess narrative potential isn’t particularly new to experts, who have investigated the ways in which sound affects the human psyche ever since mankind invented instruments. Nor is it unbecoming of most moviegoers who often remember their favorite films first and foremost by way of some iconic score.

In recent years the study of music in films has slowly gained in popularity. One of the last video essays produced by the renowned YouTube channel Every Frame A Painting, for instance, points out the uninspired compositions that accompany most modern blockbusters, and laments their untapped potential.

Another prominent online essayist, Evan Puschack (better known by his alias Nerdwriter1), uploaded a video in which he tried to explain how Howard Shore’s soundtrack for The Lord of the Rings ascribes Leitmotifs to not just characters, but places and concepts too, and does so to pick up the narrative whenever Peter Jackson’s script takes a breather.

As thorough and refreshing as investigations like these are, they barely begin to explain how composers like Shore, Sekacz, Brion, and Tiersen go about their work. And when you look at the music they produce, you may find that such work depends less on the mastery of an antique, German-sounding technical genre, and more on a personal, intuitive understanding of storytelling.