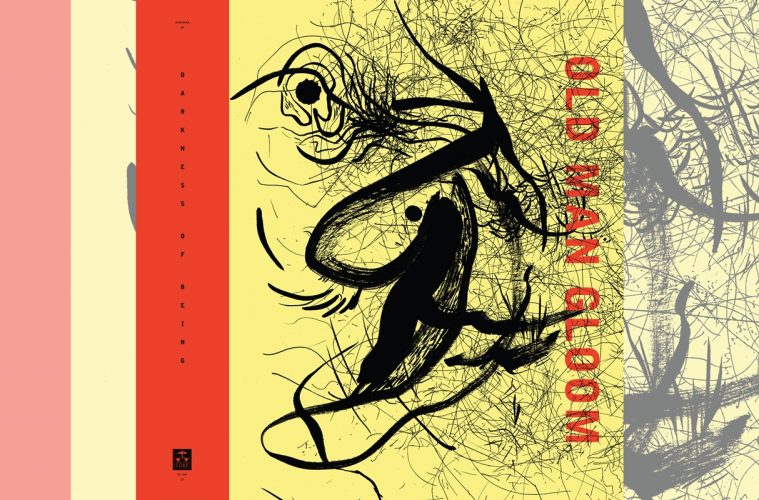 One morning a few weeks ago one of my housemates and I got up early to go walking around the bush near The Blue Mountains. We left whilst it was still dark and cold as it meant we’d avoid traffic. It also meant we’d get a good deal of time to explore and get home before evening.

A few days prior I’d asked my housemate if he wanted to listen to the new Old Man Gloom and My Dying Bride albums on the drive. He did, so we started with Seminar IX: Darkness of Being. Some slight audio problems with the car speakers for a couple of minutes, but once sorted we had “Procession of the Wounded” coming through clearly, which was the right song to start the album with. On it Old Man Gloom jam on a riff and let it soak right in and attract some extra sounds before the vocals kick in. Unlike the prior section, the vocals are curt and it’s not long before both they and the song come to an end.

“Heel To Toe” seems just as colossal, though less engulfing. It starts with noise, then kind of bursts out of itself and becomes something more angular and sleek. OMG pummel their way through the song with full mass in tow until they let the noise come back in and close the song.

“The Bleeding Sun” slows down and has a sense of dryness. It seems as though the band were looking to express a sense of mourning and reflection on this one. Initially it’s a slow procession with more time to think and absorb what is happening. Eventually the song shifts to blistering hardcore, but it still sounds weighty and considered. An ambient passage follows and winds things down a little before the next song.

At this point we were digging what we were hearing. Darkness of Being was only three songs in but it was already proving itself as a satisfying listen. It was tight and punchy; all the sounds were coming together in an impressively refined and effective manner. “Cantos de Santos” keeps this going, though once more in a shifted way. It starts off sounding as though a bunch of people are stuffing around. As a constant rhythm finds its way in, the song begins to organise itself into something else, almost as though it’s preparing. The guitars start stabbing away; the bass and percussion becomes violent. Then it all drops away for a brief period before the song starts speeding away. From here on it gradually becomes more chaotic in sound until it takes a prolonged gasp as it fades out of existence.

At this point the album strips back for something a little clearer, though no less heavy. There’s still a bit of auxiliary sound “Death Rhymes” but acoustic guitar and clean vocals drive most of the song. Simple, effective words come fourth to paint strong imagery whilst the guitar steadily guides the melody. There’s a strong sense of hurt and sadness in the song, and enough space to allow it to come forward.

Comparatively “In Your Name” is a heaving, menacing beast full of sharp drumming and riffing. Its anthemic choruses and highly melodic solo are Darkness of Being‘s most rock-like sections by far but they sit well with the verses’ jagged pummels. After the melodic noise section the song takes on a form closer to its first part. It’s a brief moment that strikes out as the song’s last push before its second and final noise section. There’s a bit of what sounds like either rolling percussion or rain that joins the low hum at the end; However, it pulls back pretty quickly becomes a bit more cautious-sounding in the song’s final seconds.

My housemate and I were nearing Sydney’s edge and the day’s dawn had commenced. It was apparent that Darkness of Being was the right choice for our first album of the drive. Some moments threw me off but I was still digging what I was hearing. So was my housemate.

The percussive sound from “In Your Name” came back on before repeatedly looping on what sounds like a truncated version of itself. It’s not long before a brief pause followed by the sound returning to a longer form joining what sounds like a saw. Almost a minute in and the drums and bass rather suddenly start. Soon the guitar joins the fold and adds to the conjured sounds.

Once ready Old Man Gloom switch to something more riff-oriented and the vocals begin their delivery.

As far as I’m aware, up until this album Old Man Gloom didn’t write emotionally moving songs. I found that there was a lot of emotion in this album, but it was “Love is Bravery” that dug deep into me. It was both heart-wrenching and uplifting to the point where I felt overwhelmed. The only thing that stopped me from crying was that I was driving at the time.

It is a beautiful and impassioned song that, like the rest of Darkness of Being, is heavy in the truest sense. There’s a lot working toward a whole to convey the weight of meaning. Old Man Gloom wanted to honour their friend and they did so in a most wondrous way. It led to them creating an album that is wholly and utterly pure and powerful in its expressing.

Seminar IX: Darkness of Being is available here.