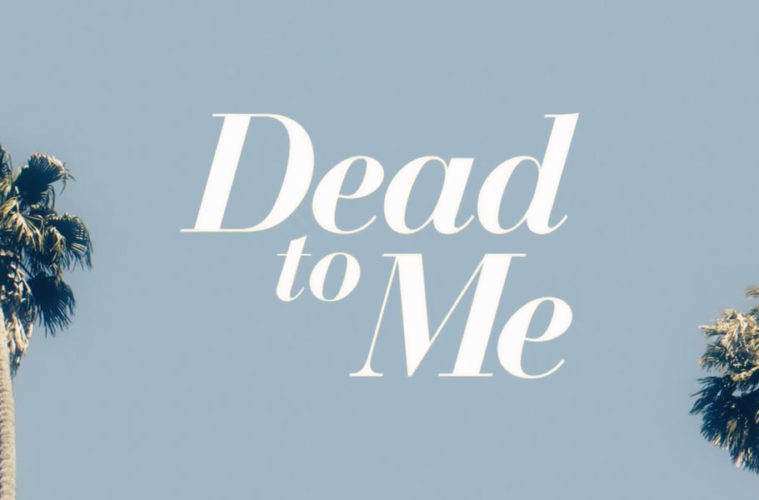 Netflix’s Latest Tragicomedy Dead to Me, is the Desperate Housewives of the Streaming Era

If you’ve been longing for a great tragicomedy since Desperate Housewives ended in 2012, then look no further than Netflix’s new series, Dead to Me. The show consists of 10 half-hour episodes, so it’s totally worthy of a one-night binge on a cold Saturday night when you can’t be bothered going out.

Produced by Liz Feldman (2 Broke Girls), Dead to Me chronicles the lives of upper-middle-classed widower, Jen (Christina Applegate) and Judy (Linda Cardellini) who Jen develops an unlikely friendship with after meeting at a grief support group.

The show is set a few months after Jen’s husband, Ted is killed in a hit-and-run in their affluent California neighbourhood. Jen is left widowed with two young children and an unsolved hit-and-run that haunts her life. When she’s not working as a realtor or looking after her children, Jen meticulously inspects any cars in the neighbourhood with what she refers to as “human-sized dents” in a desperate attempt to find her late husband’s killer.

Right from the start of episode one I was immediately hooked by the wit and cynicism of Applegate’s character. After giving her a condolence “Mexican lasagne”, her neighbour Karen tells Jen that she “just can’t imagine what [she’s] going through.” Jen wittily replies, “Well, it’s like if your husband got hit by a car and died suddenly and violently. Like that.”

Much like Desperate Housewives, the show tackles serious, traumatic issues while sprinkling just the right amount of wit and humour to keep you sane throughout the constant twists and turns of the story.

After months of struggling to come to terms with her grief and anger issues, Jen attends a grief support group. Here she meets Judy who instantly juxtaposes her cynical, aggressive take on widowhood. Although completely uninterested at first, Jen and Judy eventually develop a strong bond over their mutual struggles and losses.

Right from the get-go the two grieving women are polar opposites and continue to juxtapose each other throughout the series. Jen is an uptight, impulsive, upper-middle classed widower with cynicism and anger issues. Judy is a compassionate, affectionate woman whose actions are always calculated and well-informed. The two characters chronicle different ways we handle grief. This makes them incredibly relatable despite their massive flaws (and trust me when I say these women are f***** up).

For a show that’s only five hours long, Dead to Me‘s character development is truly phenomenal. Both Applegate and Cardellini put on stellar performances that immediately make you feel like there’s a part of you in Jen and Judy. After a night of binge-watching, I felt like the show had chewed me up and spat me back out. I felt confused and, strangely, connected to the characters, and was begging for more. 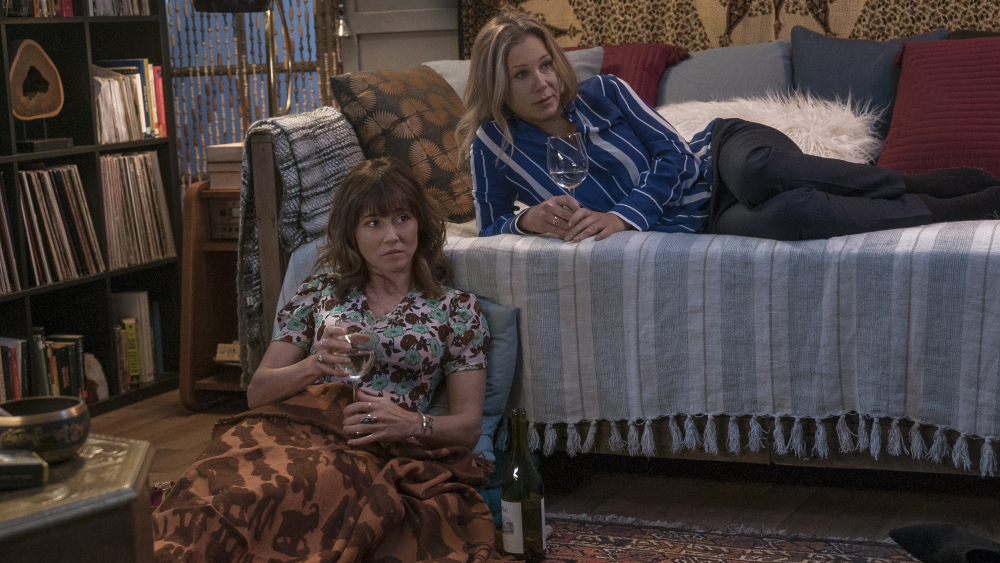 This show is just very real. We’re introduced to two affluent women that lived seemingly perfect lives. They have huge houses, attractive partners and impressive careers until everything changes. The women who seemed to have it all are then forced to struggle with the kind of grief, trauma and stress that doesn’t discriminate.

Despite a major curve-ball in the first episode, Judy (a complete stranger) eventually moves in with Jen and her children. This begins a friendship dynamic that will keep you on the edge of your seat for the remainder of the season.

Spoiler alert: there is more to Judy than it seems.

Dead to Me is technically a comedy, but the show doesn’t just fit in one box. Much like grief in real life, the show takes you on a journey of pain, sadness, humour and confusion throughout the series to help you relate to the characters on a deeper level.

Both actors put on incredible performances throughout the season, which is unsurprising to say the least. However, it was Applegate’s performance in this show that had me hooked from the first episode. Chistina Applegate’s character in Dead to Me is much more complex and layered than many of her previous comedic roles, but she still gave a stellar performance.

The show covers a wide range of sensitive topics; from infertility to infidelity in a confronting, yet relatable way. Even if you haven’t dealt with grief in the same way as Jen and Judy, there is no doubt you’ll relate to the pair.

I hate to draw the Desperate Housewives comparison again, but as a final ode to the greatest show of the noughties, we’re going to end it with just one more. Like Housewives, this is probably the kind of show that your boyfriend/husband (or you if you’re a man) is immediately going to want to cringe at. But trust me when I say this is not a chick flick.

Dead to Me has more layers than Shrek, so this is the new show that I’m pitching to EVERYONE. I’ve already told my mum, my dad and my boyfriend about it, and you should too.