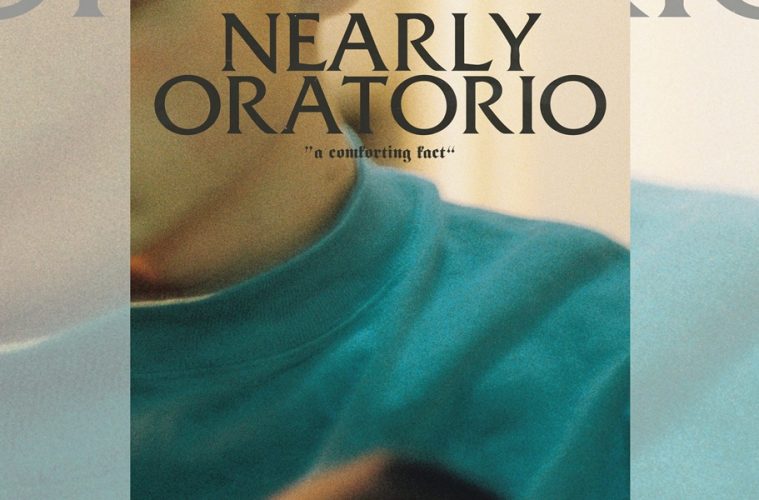 It’s been too long since Nearly Oratorio’s 2016 EP Tin. Admittedly three years isn’t that long, but considering that A Comforting Fact is the third release under the Nearly Oratorio moniker (the first being 2011’s Showers), it feels like a while.

Following from the introductory “Fade in” is “Juniper”. It relies on tender piano and soft vocals with a bit of processing upon them which leads to a somber mood. Some choir-like vocals among other, ambiguous sounds inhabit the background, enhancing the mood. There’s a bit of space between the notes, as well as some of the words, which helps to give the song a gentle feel.

“I’ll Take Everything you Own” comes next. This one is based around simple guitar and seems to be invoking some form of folk. The amount of reverb and “lo-fi aesthetic processing” makes it sound kind of wobbly, which does hurt the song a little, but otherwise the song works fine. The vocals are emotive whilst also low-key, which helps the vocal harmonies feel more a part of the song.

“Nihility” sounds a bit more expressive and energetic. Comparatively it’s much more simple than “I’ll Take Everything you Own”, but it’s also clearer. Effects still hold prominence, but they take up less space whilst preserving the same aesthetic qualities of the prior song. “Nihility” carries a more directly-melancholic feel, but it’s also more warm and direct.

“Down to the Minute” is A Comforting Fact‘s most “pop” and unambiguous song. The melody is as simple as prior songs whilst also less “lo-fi”; the verse / chorus / verse flow is more distinct, and the vocals, whilst still muffled, hold greater clarity. The song still carries a sense of mystery, but it’s more direct in its emotive content and intention.

Rounding off A Comforting Fact is “A Comforting Fact”, a guitar-driven ditty that feels like it gets in and out. The song carries a melancholic feel once more, but also feels more tender and gentle. It’s a relatively light ending for the EP.

Overall A Comforting Fact feels and sounds much like a reflective collection of songs. It’s difficult to say what conclusion Simon Lam reaches, if there is any conclusion at all. However, there certainly is a sense of analysis and desire to understand.

The EP also feels like a reflection of, or at least a reaction to Tin. Generally the songs are less “wobbly” and experimental. They’re also less wide and more direct. A Comforting Fact‘s sound and instrumentation is less electronic and keys-centric, and a few songs seem to be looking at similar approaches from different angles (such as “Down to the Minute” when compared to”Occlude”).

That’s not to say that either EP is better or worse than each other; both are decent in their own way and both are worth hearing. It’s to say that, despite differing sounds, it’s easy to draw comparisons between the releases.

Maybe that’s part of what Simon Lam was looking to achieve. Maybe he was looking to create a different view of the same subject matter. It’s possible that he wanted to invite comparison. Obviously I don’t know. What I do know is that A Comforting Fact feels familiar; not in the sense of “heard it all before”, but rather, despite its melancholy, in a warm and welcoming manner.

A Comforting Fact is available here.