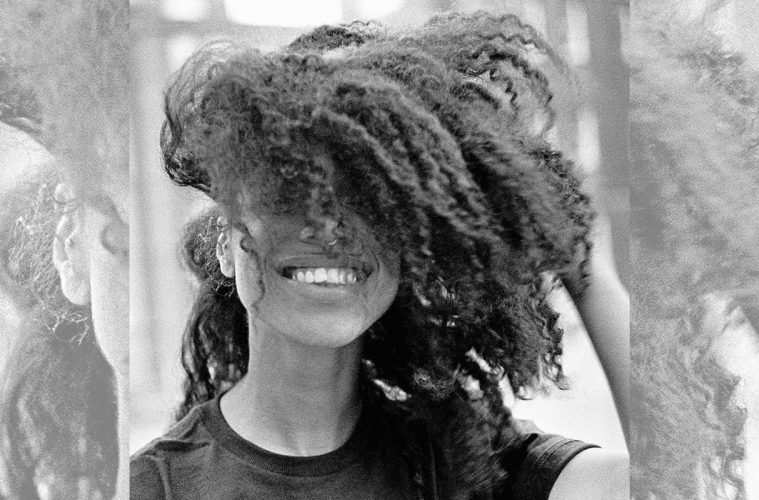 Do you like music? Yes? If so, then listen to this album. What is it that the kids say? This album is the… it’s the bomb diggity? It’s on fire? Look, I live under a proverbial rock so you’ll have to bear with me on this one, because Lianne La Havas’ Lianne La Havas (coincidentally by Lianne La Havas) is an excellent album but I can’t quite explain why.

So (probably) the starting thing to start talking about how is this is a “slow”, spaced album. What I mean by that is that Lianne La Havas (mostly) moves at a relaxed pace. Percussion often is slow and deliberate, and keys are loose, as is the guitar and bass. There’s a fair bit of space on most of the songs, or at least implied space. At the same time they’re quite full and thick-sounding.

Lyrics about romance – among other things – fill the vocals. Lianne La Havas is not afraid to draw her words out and let them hang low before rising them right up again, bringing them higher. More often than not there’s a kind of mid-range which she inhabits that gives her words a soft, yet firm clarity. Whilst usually holding a strong sense of seriousness, sometimes Lianne La Havas sounds a bit more playful which works quite well both for getting meaning across and as a counterpoint to the more serious-sounding deliveries.

The vocals often come forward a lot more on the quieter tracks than on the fuller-sounding stuff, likely due to the extra space afforded. However, I don’t think they would have worked as well if the other performers played in an increased or diminished capacity. There’s no denying that Lianne La Havas’ vocals are the centre of each song; they’re the main focus, so that she knocks the vocals out of the park is a big up. That a great group of musicians meet and bolster her performance is delightful; Her vocals get the support they need and the music overall is much stronger for it.

In terms of the album’s flow… well, it flows quite well. “Read My Mind” builds on “Bittersweet” nicely; “Green Papaya” relaxes a little whilst retaining some of “Read My Mind”‘s elements, and “Can’t Fight” then builds again whilst putting everything into a more poppy context. “Paper Thin” adds more space and carries a sense of slowing down; “Out Of Your Mind” closes the first half with a strong focus on vocal harmonies.

The second half kicks off with a cover “Weird Fishes/Arpeggi” titled “Arpeggi”. It starts rather relaxed and kicks things up a bit toward the end. The performance is an emotionally gripping take on the song, completely justifying its inclusion.

“Please Don’t Make Me Cry” returns to something close to the first five songs, being a little more relaxed and spacious, though no less certain of itself. “Seven Times” keeps that familiarity, though with more of a sense of sway and energy. “Courage” completely relaxes and stays gentle, sticking mostly to light guitar and vocals.

So the album ends with “Sour Flower” which at first follows on from “Courage” with the same kind of gentleness. It slowly builds whilst keeping space, then  Lianne La Havas really starts belting it out to stunning effect. Eventually the band just kind of jam for a bit until the song becomes just light percussion and clapping. The song closes with a few voices, some slight laughter, and Lianne La Havas saying “That’s it! Done!” It sounds quite merry and feels quite appropriate to capping off the album.

A shortened version of “Bittersweet” follows. On one hand it’s more of the same song; It’s just a truncated version of the opener. There’s little (if any) variation and it takes away from what was a great closing moment. On the other, it gives a chance to revisit the opener with the experience of the rest of the album. It also creates a more circular feel to the album that putting the album on repeat doesn’t provide.

The album’s cover art shows Lianne La Havas with a big smile on her face. It’s much like the music it accompanies: candid and joyful. There’s a lot of serious stuff here, but the approach lifts everything up instead of bogging everything down. It’s easy to absorb, effective in its expression and enjoyable the whole way through.