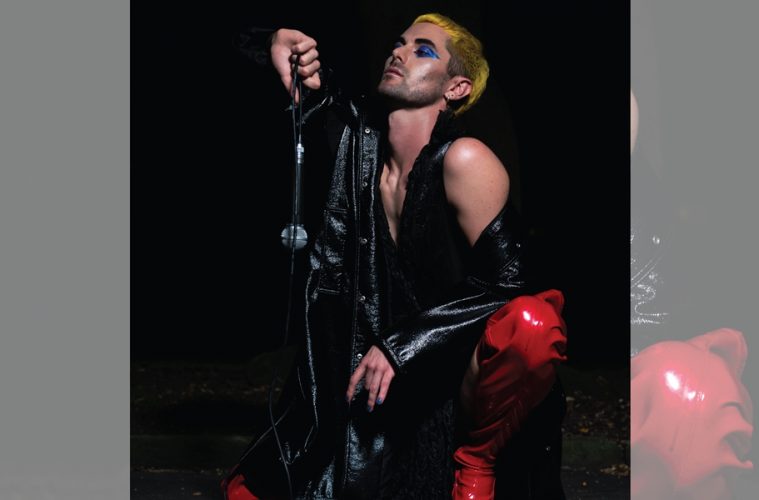 “Radio Man”: A song by LAVRENCE.

The songs kicks off with a simple intro that sounds like the song is on the radio, then fades into our world just before LAVRENCE joins us with his voice. At this point the melody and rhythm are pretty sparse and tender in sound. The pre-chorus sees a few more sounds come in before the song blooms into the chorus. At this point the song becomes fuller in sound and glides with ease.

LAVRENCE’s delivery carries a sense of romanticism. There’s a charisma and confidence coming through that makes for such a good fit for the music underneath. Each line is sharp and to the point in a most wonderful way

The music behind the vocals are just as good. The synth work carries a lot of softer sounds with occasional  flourishes of sound in the choruses. The beat golds a great, rhythmically driving quality that helps brings things forward and give “Radio Man” feel much more present. The bass seems to pulse and push alongside the beat which gives the song a bit more oomph.

“Radio Man” sounds like an easy song to do poorly, because it is. It seems so simple, as it is a pretty simple song that relies on its shape and its delivery. I think that it says a lot that both the production and the vocals really do the song justice. It’s clear that a lot of effort went into the song and it paid off.

I don’t think I’ve really done the song justice, so I’m going to try and rephrase all of that:

“Radio Man” is one of the best songs of the year. It’s a wonderful, life-affirming track that neither under nor oversells itself. Sure, you could say that the song owes a debt to the past, but it holds its own identity. It pushes forward with a passion and beauty that few songs do. “Radio Man” is an absolute gem the whole way through and more people should listen to it.

LAVRENCE, Bobby Gray & co., thank you for being part of such an enjoyable, satisfying song.