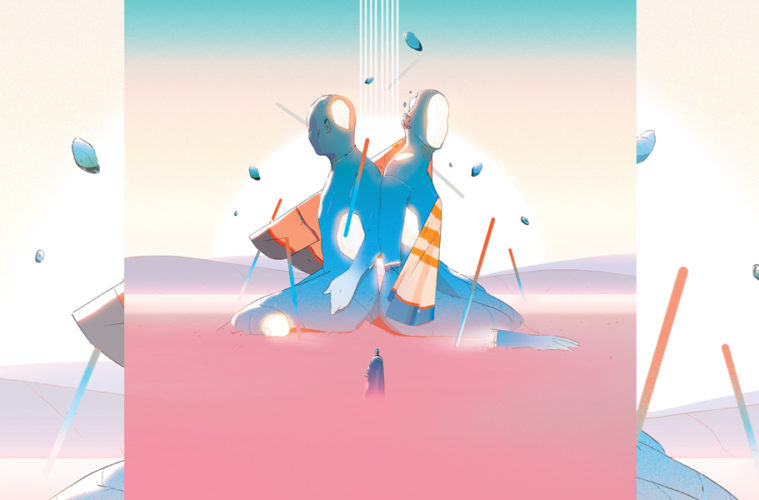 It doesn’t feel like a stretch to say that La Dispute are some of the greatest story tellers in music. From the tragic “King Park” to the effervescent “Said the King to the River”, the way that the Michigan product weave narrative into their music is a huge reason why they have become one of the scene’s most celebrated bands.

Now, five years on since their last album the five-piece have returned with their fourth studio album in Panorama, arguably the outfit’s most ambitious release to date. Deviating from what the band has been so successful doing in past releases, the album promises to be the group’s most introspective yet. Stepping away from fictional subject matter, the album delves into some of the most personal themes that the band have ever explored.

From the album’s outset, Panorama seems to be the band’s most diverse yet. Released together as lead singles, the two opening tracks in “Rose Quartz” and “Fulton Street I” contrast each other heavily. The former is a simple yet atmospheric noise piece that builds into the latter, a daunting and cryptic narrative that erupts not once, but twice into a heavy side of the band that fans have rarely seen since their 2011 album Wildlife.

Genre crossover is not new for La Dispute, but on Panorama the band has not only stretched themselves more than ever, they’ve never managed to do it just as effectively. The formula seems, on an overarching level, to be unchanged yet it’s the incorporation of elements like brass instruments in “Rhodonite and Grief”, the hints of rock in “Anxiety Panorama” and subtle slowcore influence on “In Northern Michigan” that help it to stand out against anything the band has done before.

Sonically, the characteristic divergence between the rhythm and lead guitar feels more extreme and harsh, while the bass blends so powerfully with the typically bleak vocals. Similarly, Panorama’s pacing feels incredible and while some songs run for almost five minutes (as well as a seven-minute epic to close the album), the focus in the storytelling will suck any listener in.

In terms of narrative, most of Panorama takes place on a route that Dreyer and his partner would drive, and the album’s lyrics are an account of the tragedies that have befallen people on that same route. While not foreign to the band, death is such a consistent focus in the narrative yet it’s the context of the songs that make them so much more delicate. “Fulton Street I” details the discovery of a decomposed Jane Doe in the bushes that line the route, while another song focuses on the death of a man that drowned in a pond walking home.

Perhaps the most impressive element of Panorama is the vivid imagery that it evokes. Despite how personal and born from individual experience the songs are, they are equally as visual and descriptive. The album places you in the passenger seat of the car driving down that same route as Dreyer, its sights and smells are yours if you choose to let the album unfold in front of you.

It’s hard to compare Panorama to anything that La Dispute have done before, and perhaps it’s unfair to do so. Every release the band have had is so different both sonically and topically and to judge them on the merits of others seems implausible. In saying that, Panorama is their most intimate album yet and arguably their darkest, while its genre diversity showcases the band pushing themselves further than ever before. It is enormously ambitious, but the band have pulled it off without a shadow of a doubt.

Panorama is a response to tragedy and the uncertainty that surrounds it. It poses so many questions about the world we live in, yet offers no answers. These dilemmas hang over the heads of listeners and leave them to their own contemplation, even well after the album has concluded. It isn’t an overarching statement screaming “WE’RE ALL GOING TO DIE”, it forces the listener to ask themselves to take introspective look at the world around them, and that is the beauty of La Dispute.

Panorama is released March 22nd and is available to pre-order now.