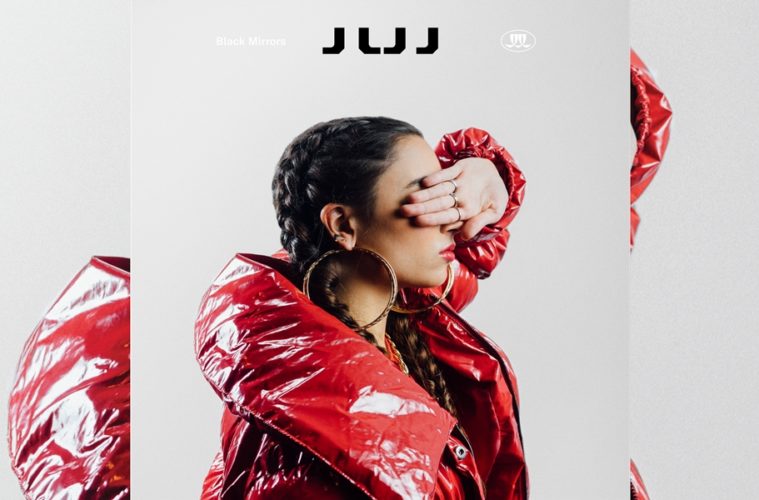 I’m trying to work out why this song is called “Black Mirrors”. It may have to do with could be a call to pull our eyes away from screens and take some sort of action. Maybe it has to do with the perception of one generation doing just that.

What I do know is “Black Mirrors” seems to express some sort of stress in the face of uncertainty yet also a desire to progress and change things for the better. There also seems to be a celebration of the idea of living by your words.

The song’s structure is quite straightforward… for the most part. Quiet-sounding verses and choruses that provide a counter-melody to the verse cycle around each other.

A burst of implied energy kicks in at the end of each chorus.
This small part uses a processed vocal sound for its rising melodic line.
It works as a counterpoint to the rest of the song. Outside of this part, the song sounds kind of delicate.
The burst is more confident and pulls what is happening into a different direction. It has a sense of being over the top, but at the same time there’s a calmness to it that works well with the rest of “Black Mirrors”.

JUJ’s vocal performance is front and centre. She alternates between using brief, disconnected lines and connected, longer ones. In either use the delivery always fits the rhythm. There’s no overstepping and as such the delivery allows the words to take on more of a rhythmic feel.

There is some vocal processing which sounds as though it’s based around centered around modulation. If “Black Mirrors” is indeed partly about taking our eyes away from screens and doing stuff, then this works well as it just might imply a disconnect between human action and being human.

The only times the vocal processing goes to a heavy level is during the aforementioned bursts, but this is to make JUJ’s voice more of sound with an indeterminate source. Otherwise JUJ’s vocals stand tall and soulful among the processing.

Aside from that there’s a bit of reverb which works as well as it should. It would be interesting to hear “Black Mirrors” without it. The reverb seems to be on the song to enhance the emotive nature of the melody and lyrics, but it would likely work better without. A more exposed voice and instrumentation would allow for a better reach.

Otherwise “Black Mirrors” makes for a nice snippet. JUJ makes really good use of the song’s length to the extent that many artists and bands should really take note. It doesn’t get in and out so much as it pulls as much as it can from each part whilst keeping it brief. There’s a rise and fall – as is to be expected – and in this there’s a great deal of consistency. Each section fluidly moves from one to the next and there’s a nice deal of punch and enthusiasm.

So yeah. A decent song.