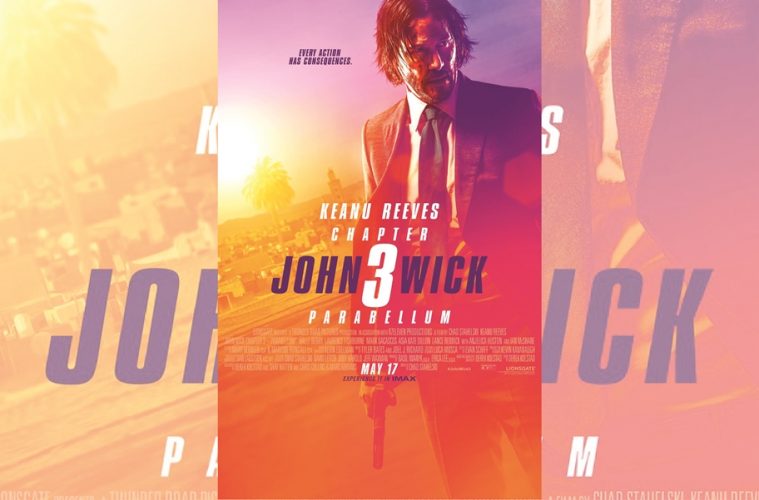 It seemed almost impossible for Chad Stahelski to up the carnage from the previous John Wick films, but he didn’t disappoint. In classic Wick fashion, Chapter 3 is an exhilarating ride from one action scene to the next.

Starting right after 2, John Wick (Keanu Reeves) has just been excommunicated for killing someone on the grounds of The Continental, a hotel with a broad range of services used by the criminal underworld. He now has to survive with a 14 million dollar bounty on his head.

The main villain of this chapter is The Adjudicator (Asia Kate Dillon), an agent of The High Table who sees penalties for rule breakers carried out. Unlike her predecessors, The Adjudicator isn’t so much into direct action; instead she manipulates from the sidelines.

This movie has seen praise from everyone; and whilst it is good, there were a lot of wasted opportunities within it; The One Above The Table (Said Taghmaoui) being one such opportunity. For a character of his importance, you would expect a greater impact on the movie. However, his impact is smaller than what you’re led to believe.

In addition to the missed opportunities, Chapter 3 introduced a plethora of new characters. While I’m not averse to introducing new characters, it just felt like the characters had a lot of wasted potentials. One character in particular, Sofie (Halle Berry) had enough development to imply a bigger role in the film. Unfortunately, she only played a part in the climax of the film, then disappeared.

John Wick has always had a simple story arc. In the first movie, act one had thugs kill his dog and act two involved him getting revenge. Chapter 3 introduces more than necessary, such as a story arc for Winston (Ian McShane), the owner of The Continental. On one hand it’s great to see creators switch things up, but in this case, it muddies the film a little too much.

The addition of a third arc has made the film a little more convoluted; something the prior two films tried to avoid. It leads to John seemingly having achieved nothing as opposed to his previous films where he set off to get his revenge and got it in the end. Unfortunately, this also made the ending seem unsatisfying. Watching our beloved hero go through all these trials only to end up worse than when he started.

Whilst Chapter 3 might be the weakest movie in the series, it still is a good movie. Stahelski went above and beyond to bring us the brutal carnage we know and love from John Wick, as well as some cathartic giggles along the way. In a lot of ways this chapter seemed to set-up the next movie and as an existing fan of the series, I’m excited to see what comes next. Whether you’re new to the franchise or an existing fan, John Wick: Chapter 3 is a wicked action adventure full of perfectly choreographed action scenes; it’s definitely worth watching. The film beautifully cuts up the thrills with funny moments and nods to the previous entries. Existing fans will love it and new fans will get a thrill out of it.