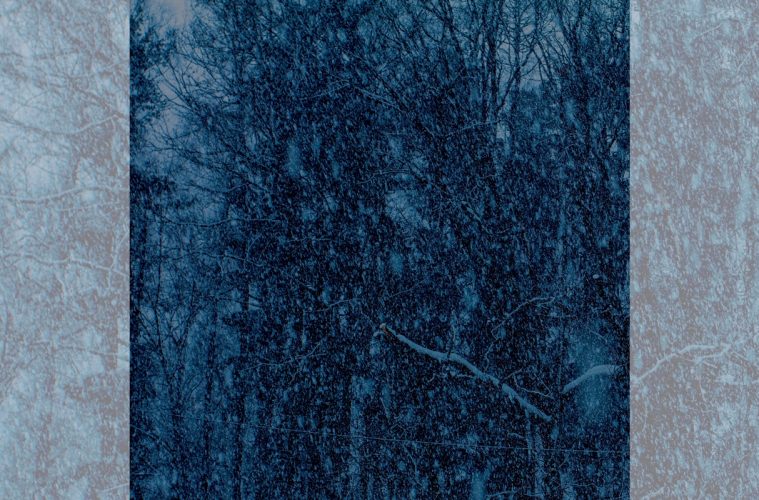 Never sees Jesu prioritisng electronics. It also comes with what sounds like a major increase in terms of atmosphere, leading to an ethereal (so to speak) and (in some places) vague sound.

Space also takes a greater role, though only on half of the EP; specifically songs one and three, where Never is at its most electronic. The songs are slower, more tender, and more suggestive than they are direct; especially “Never…” which comes off as being the most naked song on the whole EP whilst conversely sounding obscured. Songs two and four are the “fuller” and “livelier” compositions; There’s more energy within them, and guitar and percussion take on a more prominent role.

“Never There For You” stands out as being the most energetic of Never‘s songs. It’s highly melodic, rhythmic and pretty and keeps up a (relatively) quick pace. Justin Broadrick’s vocals, whilst somewhat-buried by effects, have a short punch to them that matches the song’s tone.

Comparatively, “Never There For You (Original Vision)” gives more focus on the looped vocals and some of the underlying sounds. There’s a bit more space as this version has less going on. It’s pleasant, but it feels a bit like an unnecessary addendum as, whilst it does offer a different perspective on itself, it doesn’t add anything to the EP overall.

Overall Never is an interesting release for Jesu. It sees Justin Broadrick exploring a fair bit with electronic sounds (which isn’t saying much) through crafting four songs that differ from each other to varying extents whilst maintaining a sense of connection. “Because Of You” is highly impressionistic; “Never There For You” is highly rhythmic; “Never…” is quite ambient, and “Suffocator” is quite redolent of earlier Jesu whilst still sounding as though it belongs here, though not without some distance to the EP’s other songs.

The songs work together well enough and move pretty easily, but Never feels a lot like a series of rough sketches. It’s quite a beautiful-sounding and emotive release, but there are times when the songs start dragging where brevity would’ve benefited. At others too much becomes revealed too quickly. That said, the EP grows with enough time. It’s flawed, but it’s a heartfelt and welcome addition to Broadrick’s music.