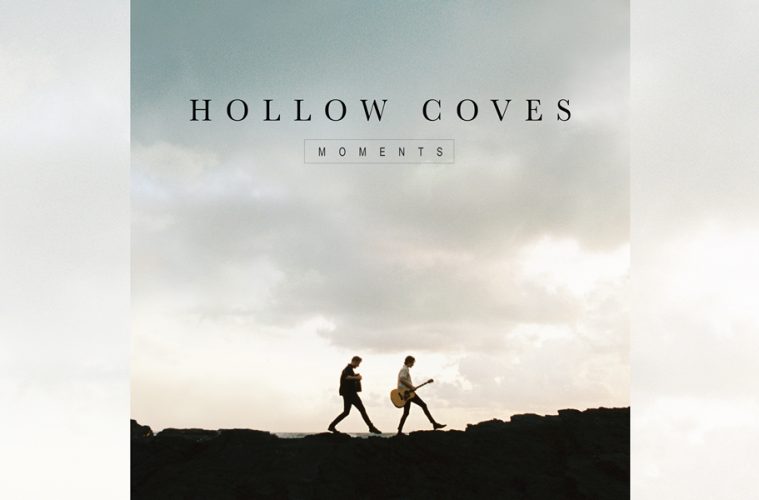 Moments holds a collection of songs primarily built around light instrumentation and light vocals. The songs trundle along at a steady mid-pace and most have choruses that sound big without necessarily getting big. There’s a strong sense of the anthemic without overtly pushing that sense.

The instruments blend together quite nicely through carrying gentle sounds. Vocals follow suit by being soft to match the sounds. Usually there’s a sense of positivity in the delivery, but occasionally a sense of longing comes through. There’s a good fit to everything and it all has purpose. Nothing is as loud as all get out and as such the songs breathe quite well. Anything not clean stays balanced with other instruments to stick within Moments‘ light and heavily structured, familiar-sounding indie folk framework.

Lyrics deal predominantly with “moments” that heavily lean on the concept of “getting away from it all”. Occasionally there are suggestions of something deeper, but the lyrics seldom move past shallow exploration.

The musical familiarity and lyrical simplicity isn’t necessarily bad. Keeping things simple means any intent is clearer. You can play around familiarity, or at least deliver it with a great deal of passion.

The issue is that Hollow Coves avoid capitalising on their position. Rather than go deep and explore, they rigidly stick to a worn-out blueprint and keep everything as surface as possible. There is seemingly no desire to push outward in any way, shape or form. Initially the album is pleasant, but the further into the track-list it goes, the more the songs drag. The album grows flat and lifeless through indulging in the overly-predictable and a seeming refusal to do more than just enough.

When listening to Moments, I can’t help but think of popular images representing “getting away from it all”. They usually have a vast, open landscape, or feature somewhere in the “wilderness”. Another common setting is a large body of water. The images usually have at least one person in them, and if their face is visible, they often appear joyous in some manner. They may be holding some sort of object that gets across a sense of relaxation.

If facing away from the camera, then they’re likely looking at the scenery to remind us of the awe and beauty of size. Maybe they’ll be leading someone out of frame by the hand to some location or scene; After all, it could be you experiencing the wonder of being away from it all.

Whilst interesting at first, the unrelenting-familiarity of these images makes them all blur together. Due to their milquetoast nature they might be good for a specific kind of commercial, but ultimately they’re forgettable.