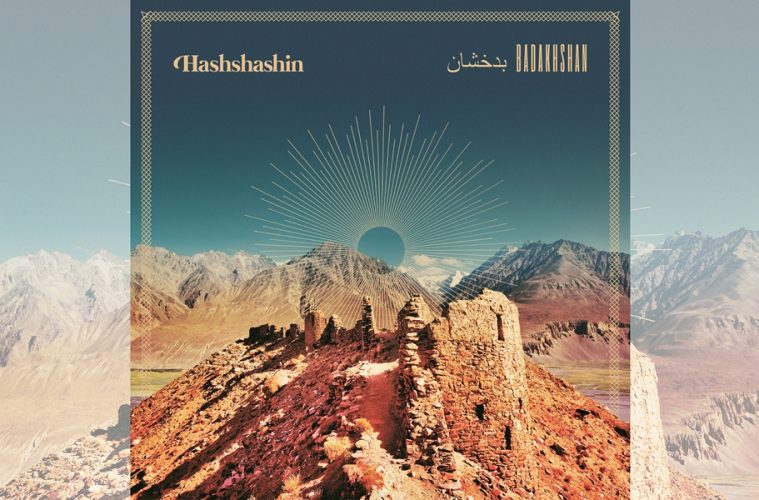 The album beings with the mostly quiet “Qom”. It’s a short drone with some clean instrumentation over the top which does a nice job of clarifying atmosphere and intent.

However, it’s “Crossing The Panj” where Badakhshan really kicks off. Soft percussion gradually invites the rest of the band in so they can build toward something large. This isn’t so much of a gradual build as it is one with various peaks and valleys; one that isn’t afraid to stop and begin anew if it sees fit. Softer sounds get to come forth and louder sections get to stick out more. There is plenty of loudness in the song, but Hashshashin are fine with not always making that the main push.

Most of the rest of Badakhshan follows suit; Peaks, valleys, space, loudness and a spread of sound heavily influenced by Afghan music and instrumentation. This is all approached from what seems like more “traditional” approaches in western music, leading to an interesting combination.

Badakhshan is quite deliberate; at least in sound and performance. There’s an energy that comes through, but it’s not something constantly unleash. This, along with how they usually begin and end helps strengthen an impression of the songs being parts of a larger piece.

There are times when, whilst still direct, Badakhshan comes off more as ambient music. Often Hashshashin don’t sound worried about the quiet and letting a section move into the background. In conjunction with an overall sense of motion and dryness, the songs often seem to generate something more diminished and atmospheric than something overt and direct.

However, that sells the album short as most of the strongest moments come from the contrasts in sections. In a sense, a lot of the passages seem to spiral in and around each other whilst aiming for a balance between all the sounds. For instance, “The Taklamakan” starts off quiet. In its first “loud” section, it shifts and scales upwards before moving into something more wide and seemingly reflective of the opening. Arpeggiating notes come in, then another wide section comes in whilst lead instrumentation builds on the melody.

Eventually “The Taklamakan” winds down with warm drones, but not without moving from a loud, expansive section first.

Furthermore, “The Taklamakan” has a climactic feel; not in the sense that it gets bombastic, but in a way that it sounds conclusive relative to the prior songs. That said, “Then He Hid Himself In The Refining Fire” doesn’t feel tacked on; it functions more like a (mostly) soft coda than it does a climactic end.

If there is one thing I could say about Badakhshan that would neatly sum it up, it would be that this is an exploratory album. Hashshashin seem interested in painting a scene and seeing where it ends up. They’re searching for something and inviting along for the journey.