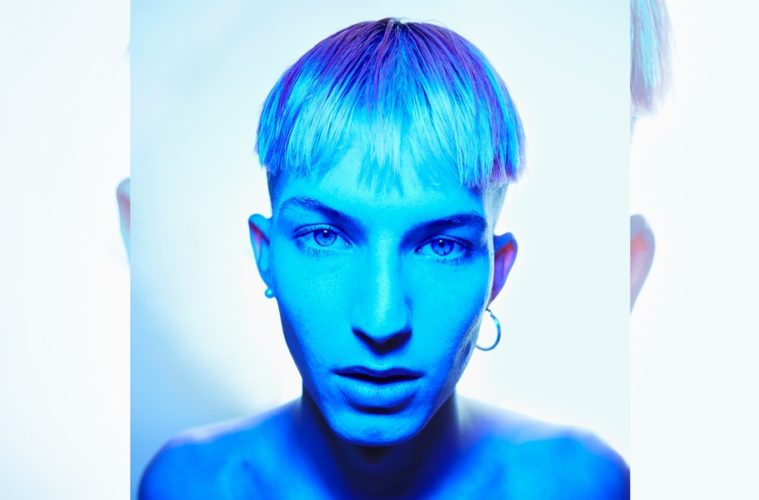 Neither with a whimper or a bang, Where Polly People Go To Read starts with what sounds like a shuffle beat. In short time other sounds come in and layer over the beat, and within a few more seconds Gus Dapperton starts singing. His voice heavily modulated, he sounds removed from the music. It’s almost as though there’s a yearning for a connection that cannot be had.

“Verdagris” doesn’t change much after Gus Dapperton’s vocals kick in. There’s a few additions and removals of sounds and occasionally he growls a bit more, but otherwise it’s the same the whole way through. This helps it work as an opener for this album. There’s enough to give an idea of what the rest of the album is like by keeping everything really simple, starting a thread that runs throughout the whole album.

Whilst there is a mix of sounds, synths are predominant on Where Polly People Go To Read. It’s appropriate due to how the album seems to explore prior forms of pop. There’s a few different styles covered but the songs remain consistent with each other through how they apply sounds. Whilst this keeps the album consistent, at times it works to Gus Dapperton’s detriment. Whilst the material is familiar, often its identity is hard to hear; as such there are times when you’re waiting for Gus Dapperton’s voice to come through.

Where the sounds really help is how they allow for a sense of longing to come forward. Both the sounds and Gus Dapperton’s vocals express romantic notions and (in following from “Verdagris”), a yearning for a connection. Whilst never reaching levels of discomfort, it does at times become overbearing and tiring.

The weakest point is Gus Dapperton’s vocals. It’s not so much that his vocals are weak as he clearly knows how to use his voice; It’s that in a number of cases when there’s effects added onto his voice, it becomes harsh to listen to. This isn’t always an issue, but when it comes up it’s really jarring. Conversely the more naked he allows his voice to be and the stronger it becomes.

That said, he crafts some decent songs. The verse / chorus / verse structure works well, and the movement between each section makes sense and is smooth. There aren’t any big risks, which is fine as instead you’re hearing someone confident with the format in which they’re working.

Albums pertaining to a personal nature are common enough; especially those that concern the heart. However, oftentimes an artist provides far more insight into their thoughts and feelings than necessary. Furthermore, they usually lack the ability to make their expressing themselves work.

Gus Dapperton doesn’t go overboard. He’s significantly less clumsy about this than most others, but he doesn’t add anything aside from his own experiences.

Another way of putting it is that I think that Gus Dapperton can do better than what he’s done here.

Where Polly People Go To Read isn’t bad; It’s fine enough as it is. Most things work well enough and overall it works as an album. There are no dull moments and Gus Dapperton knows how to make decent music. However,  there’s potential here that’s kind of pushed to the side.

Where Polly People Go To Read is available here.