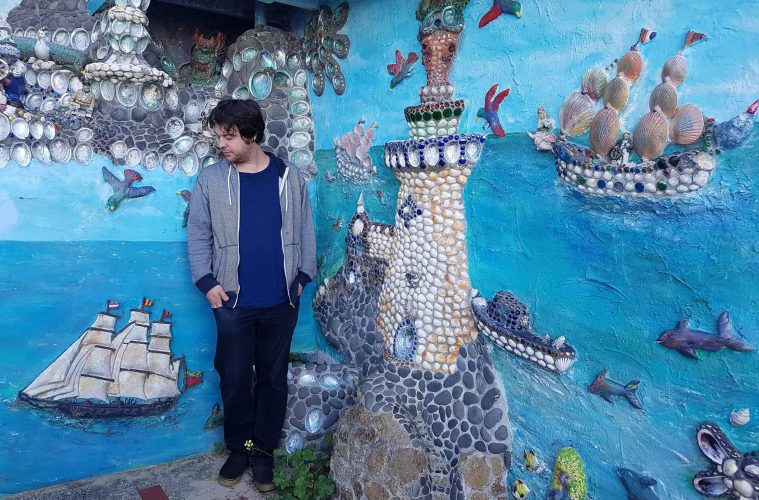 CULTURE EATERDecember 3, 2019
FeatureMusic 03 min read
Fleeting Persuasion is the latest project from prolific Melbourne based songwriter James Spencer Harrison.  After releasing several well received releases under the J M S Harrison moniker, the new album from Fleeting Persuasion “Forever Caught” showcases a denser and richer full band sound.
We sat down for a track by track with James to get further insight into the songs on the Alt Rock songwriters new album.
You can stream the new album here.
Forever Caught, track by track;
Task Ahead
I decided to give the acoustic guitar a break late 2017 which lead to writing on electric and the first song that came out was this. Recorded a demo in my old house in Thornbury just before moving out. Sparked a long summer of writing that year so decided to make it the opening track.
Shaken
Once I moved got straight into writing again. Played around with a slight tuning variation and started plucking the notes that became this song. Added some nice chorus to the guitar. The real excitement came when drums and bass parts were added plus Danielle Loughnan’s harmonies.Written Out
A capo 8 number. Fun chord shapes to play on guitar. I threw over a little guitar riff on top but still wasnt quite happy in the studio, it felt a bit empty.  My buddy Rossco Harvey filled it out with sustained synth that solved any problems.

Gift
A gritty number that sounds quite dark and sinister. It’s got a fairly positive message though. The breakdown was fun to write with Nicholas Williams on drums who came up with a kind of shuffle beat while I went to town, layering many guitars/harmonics over the top.

Set Foot
A slow burner. A fade in intro complete with handclaps. Loosely inspired by walking around Brisbane on a humid summer’s day. 10/10 recommend doing that.
Couple of harmonizing guitar parts are always fun. This is an enjoyable vocal to sing.

Make Plans
This track started off as a slower washed out song with reverb. Again drums always change everything, this sped up into a faster track with a slowed down middle section. Kind of split the song into two parts which I occasionally like to do.  The song ends up nowhere near where it started.

Even Though
Probably the most straight up rock track from start to finish.
The chorus hook definitely makes the song and give it a real lift. Loosely it’s about religious guilt from your past.

Eyes Closed
This song I took from another batch of songs that was intended for a more stripped back style record. But I didn’t really want to wait and decided to fast track it for this record. Kind of the ballad of the album. This great Sydney band “Expatriate” had a song called “Air” which I sort of had in mind when recording it.

Own Advice
The last song I wrote for the record. Basically straight up motown vibes with the drum patterns. Needed a fun song on the record and it was made complete with saxophone by Mark The Blowfisch.

Caught
Written on a rainy summer’s day, I would be lying if i didnt give a slight nod to The Cure and The Raveonettes. Drums and bass carry this one. The lead guitar part I wrote completed the puzzle. I felt this was an appropriate album closer.