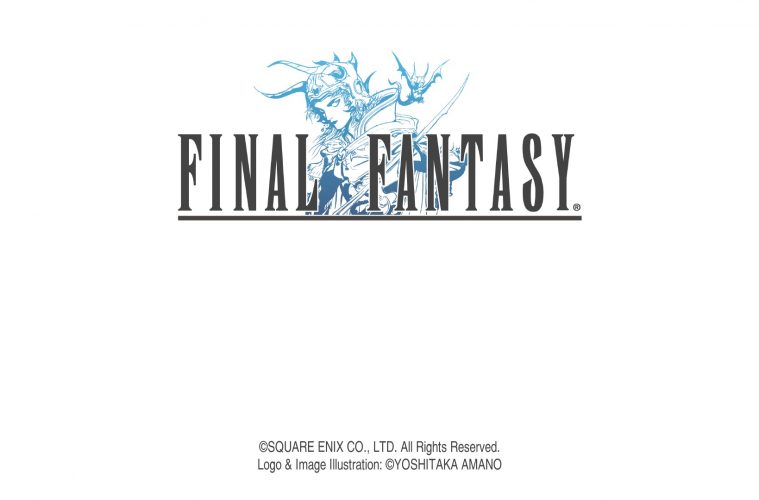 Recently Square Enix commenced re-re-re-release of a few of the Final Fantasy games; specifically the first through to the sixth. Once more there were changes, with these ones promising a visual update that appeals to nostalgia, updated music and gameplay tweaks and the like. The first three came out at once and the remaining three to be coming at a later date. Anyway, that’s the preamble. Now onto the amble.

Final Fantasy‘s plot is thus: Stuff’s awry. Crystals governing the world are going dark and elemental fiends are causing some trouble. It’s up to your group to save the world, but before that becomes a thing a knight by the name of Garland kidnapped Princess Sarah of Cornelia…

It’s a fairly simple premise that has remained as such throughout the game’s various versions. Much like the gameplay, it feels very much like something from fantasy tabletop. You’ve a pretty direct quest with little in the way of diversion, though those diversions of course end up being (mostly) requirements for the main quest. There’s a bit of Ultima and Wizardry in there too, but I digress. It’s not a complex plot and it doesn’t need complexity; it does just enough to justify its existence whilst giving you a little more of a reason to start playing.

Before you get the plot rolling you choose your party’s jobs; Four from six, and all have strengths and weaknesses which help determine the peaks and valleys in difficulty throughout your time playing. Other than the possibility of an upgrade, your jobs are set in stone; The only way to change them is to start a new game. Interestingly, the only other mainline Final Fantasy to have this kind of permanence is Final Fantasy XII; specifically International Zodiac Job System and early versions of The Zodiac Age.

The gameplay loop is thus: Go to a town, do what you need to do / speak to NPCs, go to a dungeon, do the thing, head back to a town / go to the next town.  There’s an order of events the game nudges you through, but at a certain point you get a lot of freedom in how you want to proceed. As such, if you’re newer to the game there’s probably a specific route you’re going to follow, whereas with more experience you might mix it up a bit. 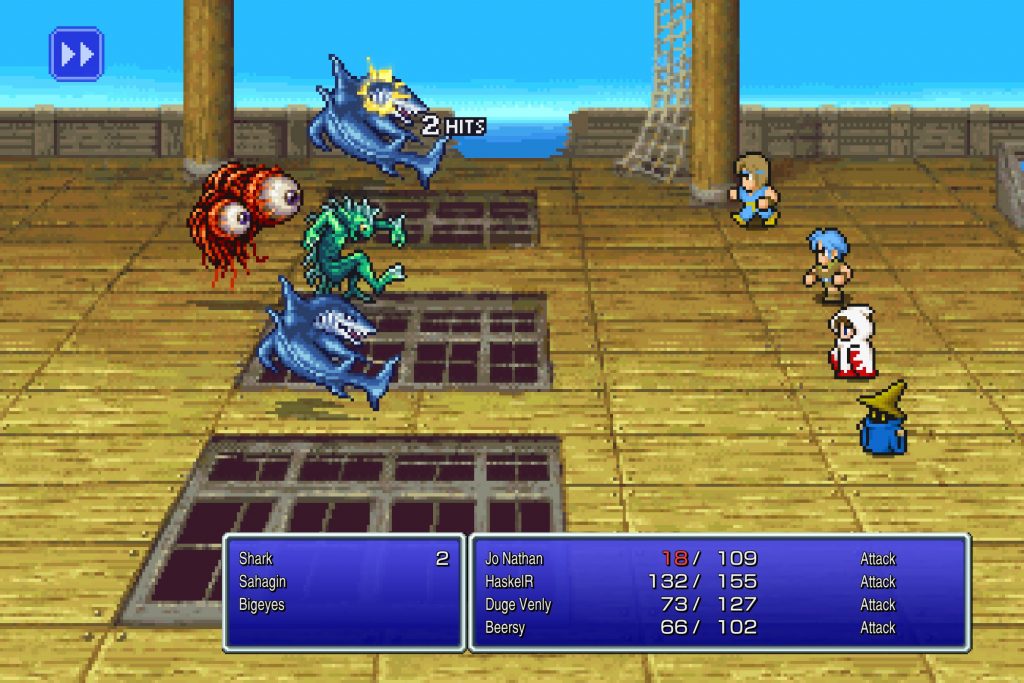 Towns exist only for restocking / healing, buying new spells and working out where to go next. All accessible buildings are of the necessity type and NPC dialogue is strictly to the point. Equipment and spells are incremental, as are their costs, but this becomes less of an issue the further into the game you get as Final Fantasy loves to throw gil at you.

Combat is also straightforward. Get the enemies’ health to zero before they do to you. Some things feel revamped and, in terms of difficulty most fights fall somewhere between the Final Fantasy Origins and the PSP version of Dawn of Souls. Commands function the way you’d expect them to, as does equipment. Stats gained from leveling up are random, but your combat prowess overall improves. Essentially there are no flashy bells and whistles added.

Spell charges return and for a while they add an element of resource management. However, due to ethers existing in this version, their cost and how they function, after a while spell charges become a nonissue. Whilst ethers are liberating, Square Enix probably shouldn’t have bothered to add them in as after a point it’s far too easy to remove the impact spell charges should have. At the very least ethers should not be as affordable as they are considering how much of a sheer benefit they provide.

Generally regular enemies are mostly easy to get through once you hit a certain point and start functioning more as punching bags. Bosses not so much. They seem to be tougher this time around. As you fight powerful beings, the difficulty around them is refreshing as there’s more tension to those fights.

As a side note, the font takes up far less space in the battle menus than it should, as do the enemies some of the time. At times there’s a fair bit of empty space on the battle screens; something some resizing and repositioning could’ve helped diminish. 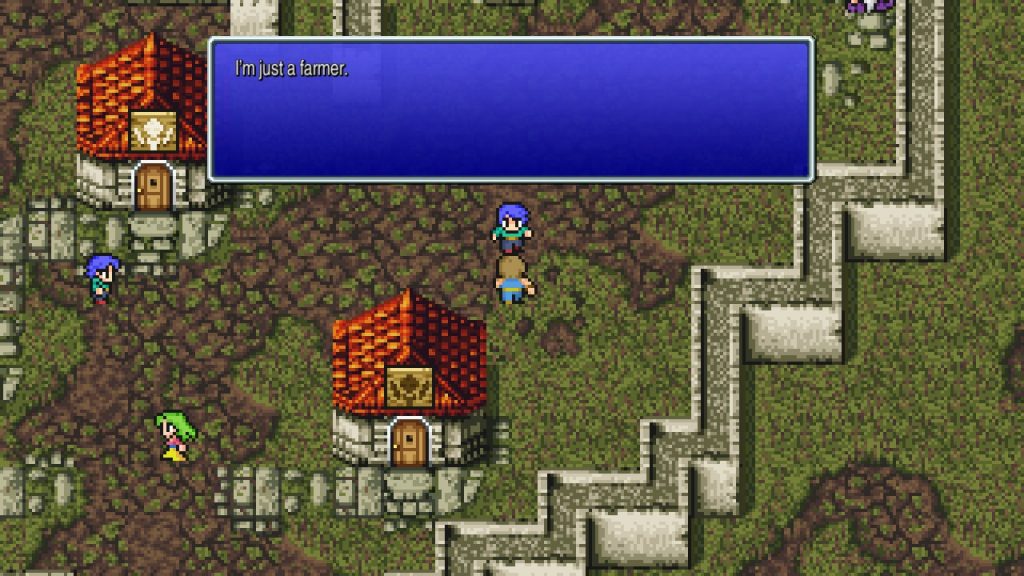 Dungeon exploration is fun and at times challenging considering how lengthy dungeons can feel. There are treasures to find and most of your enemy encounters take place in these locations. However, considering how drawn out dungeon exploration can become, the addition of a map comes as a double-edged sword. On one hand it makes getting the treasures much more of an efficient process and can cut down on exploration time. On the other, using the map can make dungeon exploration feel more tedious; especially when used in conjunction with auto-battle once regularly using it becomes viable. Considering more modern conventions can have such an impact probably says a lot about Final Fantasy‘s design. Maybe their inclusion should’ve seen a different approach.

The graphics are fine. They’re pleasing enough and punching a shark looks pretty crisp. Many of your character and enemy models feel faithful to the earliest of Final Fantasy‘s forms to some degree. Some things are more modern, such as the sunlight on the world map’s ocean, though when you see it in two different places in a very short period of time it feels off. Still, most things fit and help express the setting as a fantasy world.

The music also is fine, though a bit hit-and-miss. The compositions are tight and expressive, and some now have more depth and nuance which is quite welcome. However, some of it is far, far too bombastic for what is going on. Some instrumentation doesn’t quite work and feels verbose, though most of it is fitting. As a soundtrack the compositions are great; as something part of the game, some of the compositions work and some don’t. A better way of putting it is that the compositions can come off as more celebratory of than fitting for the game.

So is this the ultimate form of Final Fantasy? Is Final Fantasy worth playing? This is a refined experience, but the modern conveniences create new weaknesses, or at least reveal weaknesses that weren’t necessarily apparent. From a historical perspective this is worth playing, especially considering how much the series changed. From a gameplay perspective, you’re getting a basic experience, albeit a solid one. Generally it feels like this is version exists to evoke nostalgia without completely banking on it. If you’re looking for nostalgia, then you’ll probably be right at home here. 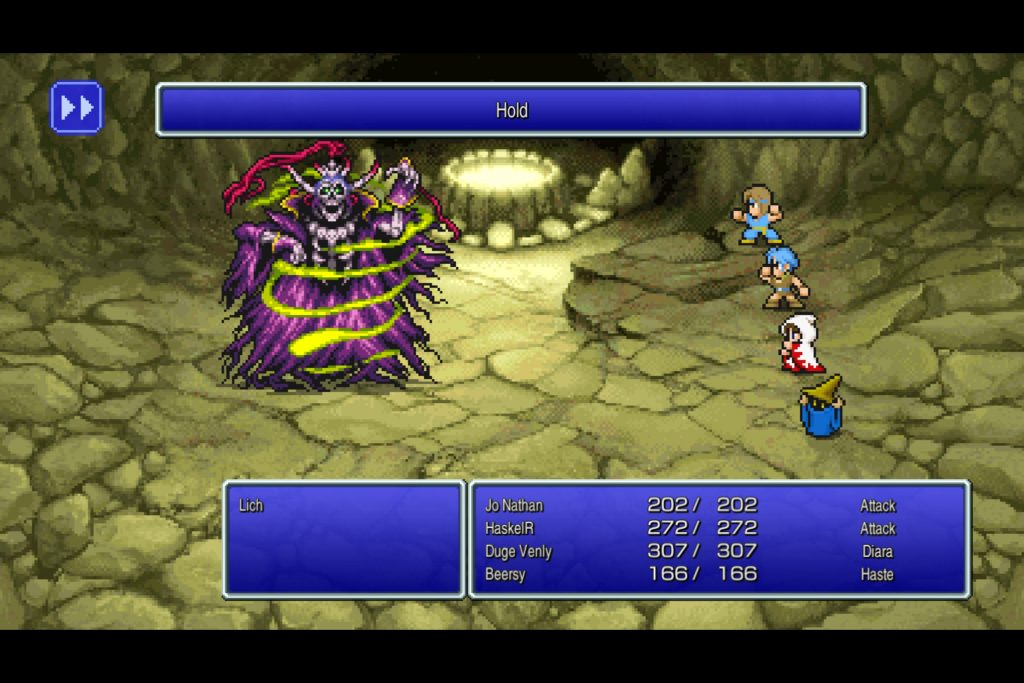