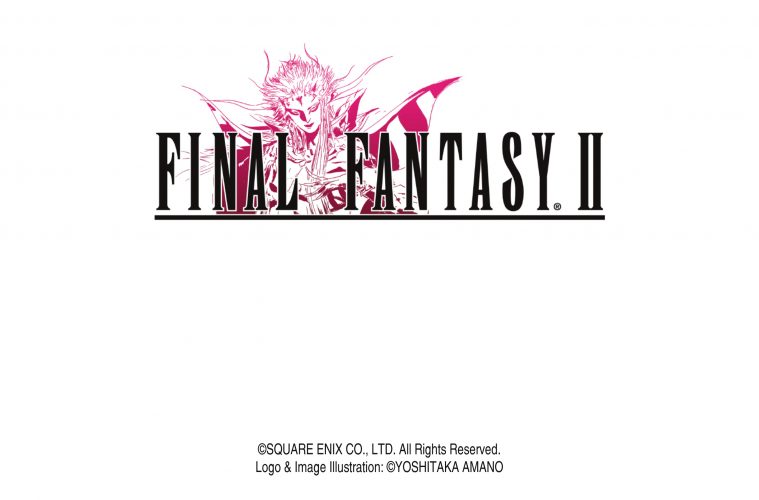 The plot is thus: Forsooth! The Emperor of Palamecia is conquering the world. Your plucky heroes join THE REBELLION as they want to stop The Emperor. From there you cycle through furthering plot, traveling to locations, a bit of dungeoneering and some other stuff.

After starting a new game the first thing you do is lose a fight whilst you’re trying to run away from The Palamecian Empire. At this point an unwinnable fight is not the rarest of things in RPGs, but its implementation here works well as it establishes The Empire as a conquering and overwhelming force. This then extends into the following scenes establish the characters’ will to fight back against said force, despite the odds being against them. It’s not exactly deep or complex stuff, but it feeds well into the narrative.

Final Fantasy II makes use of a keyword system. Its a system where you can learn, then “say” certain words in certain conversations to certain characters. It gets you more information about a current situation, but outside of assisting in the plot it often has little use. The keywords often become irrelevant as you progress past their need which feels like a wasted opportunity. It would’ve been nice to see previous words remain useful as the game progressed.

The world’s design is fairly open for the most part; Once you leave the first town you can freely explore, but the story always progresses in a specific order. Exploring might see you encounter enemies much stronger than your party; it can also get you access to some powerful stuff early on. The layout of the world facilitates this well; part of it loops around the map and it’s easy enough to get around either via walking or paid transport. There’s also the series’ first appearance of chocobos but the location is of out of the way seldom convenient, but I digress.

Whilst the layout facilitates exploration, it doesn’t always work in service of plot convenience. Due to how the plot progresses you regularly return to the starting town. As transport options are not always convenient, you can end up doing a fair bit of walking to return. Combined with the encounter rate, you can end up spending what feels like a lot of time going back to the starting town. 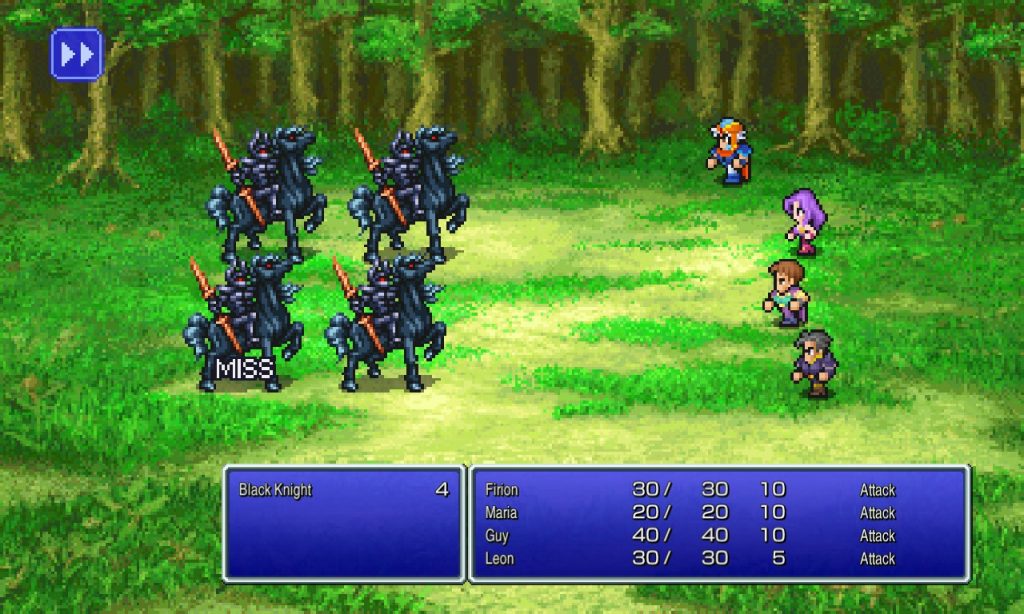 Speaking of towns, they exist and service the usual functions of having shops to stock up on stuff, a place to recover hp / mp and characters to move the plot along. There’s not much to say here. They look nice enough and are easy to get around. How inns work, however, bears mentioning. Their price is based on the amount of recovery required. Early on they’re usually pretty cheap, but depending on how you handle fights they on they can get pretty expensive later on. That said, at a certain point it may become more cost effective to stock up on cottages since they do the same thing as inns but at a set price and are usable anywhere on the world map.

Dungeons often feel sizeable, with the later ones taking a bit of time to get through. There aren’t any puzzles to solve; their main challenge comes from fighting battles whilst finding the right way forward. Final Fantasy II‘s dungeons have many empty rooms. Unless you’ve played the game before (or are using a guide), you’re unlikely to know which doors lead to these rooms; the mini-map cannot help you with this. When you enter these rooms you appear in the middle of them for some reason.

In earlier versions of the game these were annoying as usually you’d encounter monsters on your way out.  It’s still possible here, but the encounter rate seems lower whilst in them. Whilst they are annoying, due to the game auto-saving when you enter a new area they can function as checkpoints. It helps a small bit as the encounter rate and general layout can make getting through dungeons tiring later on. Being able to stop somewhere in a dungeon without having to restart it is a relief.

Combat is combat and it progresses in the way that combat does. The goal is to defeat the enemies before they defeat you. You can attack, cast spells, use items, run, etc etc. When a battle ends you get gold and sometimes items, and some of your stats may increase. Some fights are tougher than others, and some boss fights feel more challenging than on prior versions.

As Final Fantasy II uses mp instead of a magic charges, ethers are less powerful than in Final Fantasy. They’re quite useful and easy enough to buy, but if you’re going heavy with magic you’ll need to manage your use of them for a good chunk of the game. It’s appreciable as they remain useful without making a mechanic negligible. 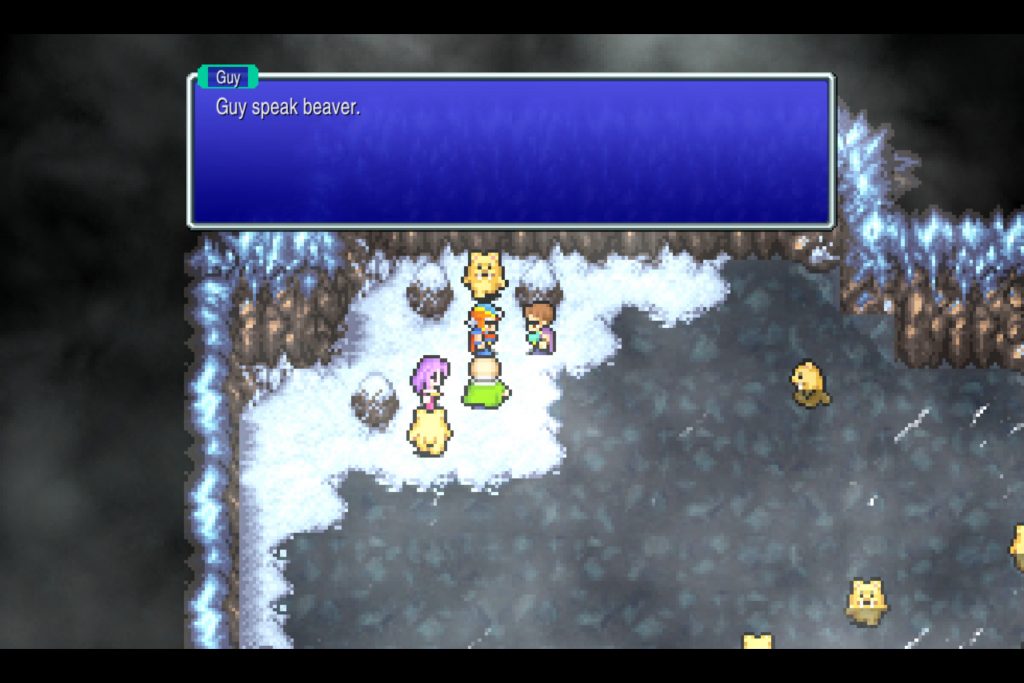 Auto-battle is back and once more it can exacerbate how tedious battles can become. This is more of an issue with the frequency of battles than it is with auto-battle itself, but it’s still an issue. That said, it also can help quite a lot with grinding stats.

In Final Fantasy II HP goes up at regular intervals, and other stats increase based on what actions occur in battle. Weapons and magic also increase with use, with the result being them becoming more powerful. Aside from buffing and healing, how fast these level up are based on the rank of what you’re fighting. Fighting enemies of lower rank will see slower increases than fighting enemies of equal or higher rank.

Whilst offering some flexibility, Final Fantasy II expects you to commit to either magic. To reinforce this, some equipment comes with penalties to your magic power. Unfortunately the game won’t tell you how heavy those penalties are, so unless you’re into testing each bit of gear you’ll have to look them up. Whilst it encourages thinking about your combat roles, you can get around this easily enough. Even so, not knowing the penalties at a glance discourages using most magic and so it’s easy to leave it underused. It still has purposes as some enemies take more damage from magic than physical attacks. Even so, it’s a whole mechanic that that is easy to ignore due to a bad design choice.

Due to the nature of the leveling system it’s easy to get strong after a short amount of grinding. That said, you likely won’t need to spend much time grinding. When you go to a new area enemies will be tougher, and eventually you’ll overpower them. Some enemy configurations will remain tough longer than others though, which is appreciable. Your fourth character is likely to remain underpowered, however.

Your fourth character slot rotates between a few people as the plot demands, which is fine. The issue is that often they’ll be in a much less developed state than your main three characters. As the slot rotates between characters regularly, it means that if you want to get them to where your other characters are, it’s a lot of grinding for someone to do well for a short period. It’s not the worst problem and they can start catching up after a bit of regular play. However, there’s little point in actively working on them until near the end as by then there won’t be more party changes.

The graphics are fine enough. You know what you’re doing, everything looks crisp and the animations are good; especially when it comes to the spells. The enemies look good, the environments look good, and all is easy on the eyes. As with Final Fantasy the sun shines on the world map’s ocean in a way that it shouldn’t, but there are worse issues out there.

The redone music fits the setting and look really well. The instruments work better with each other and often they help set tone effectively. The soundtrack’s mood and tension often adds to the world’s atmosphere, becomes understated when required, dramatic when required… you get the idea. Some new additions sound like they belong more in the Dragon Quest series, but overall the music effectively helps get across that this is a world dealing with a powerful threat.

Final Fantasy II Pixel Remaster is probably the most refined version of Final Fantasy II. The leveling system is more straightforward, the graphics and music work well for the setting, and the overall gameplay is smoother. Due to changes some new issues appear (don’t try to use life on undead enemies; it can freeze the game), some of which make the game feel more tedious in places. However, overall this is an improved form of a game that showed a series trying to develop its own identity. Not all of what Final Fantasy II does hits the mark but, regardless of whether the nostalgic aesthetic appeals to you or not, the pixel remaster is a game worth playing. 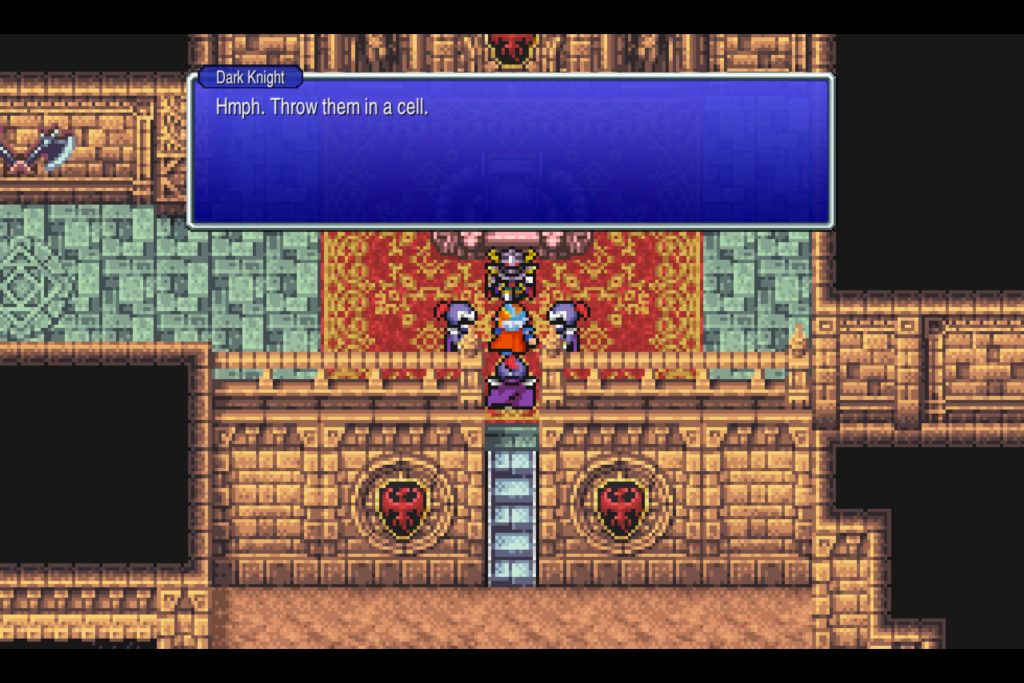