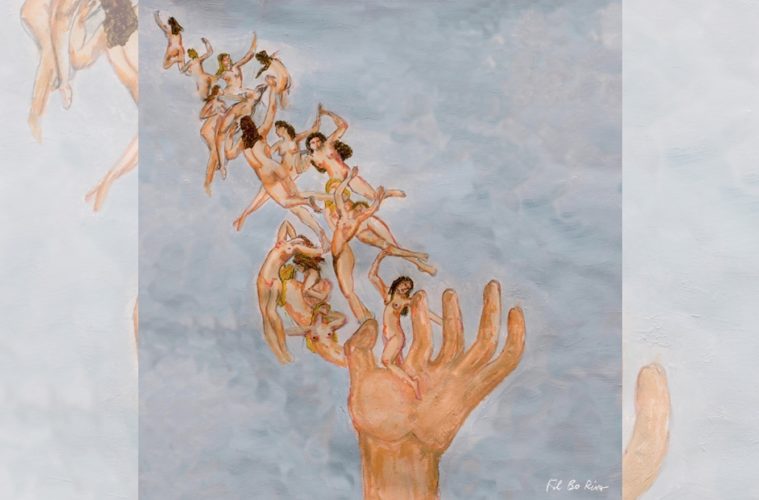 Is Fil Bo Riva a sad person?
I do not know if he is or is not. However, I do know that, according to him, sadness can be beautiful.

The album opens with “Sadness”. The reverb on the vocals puts a bit of distance between what is being said and what is being conveyed. It also causes the vocals to become audibly harsh at a few points. Other than that, the track does a good job of touching on the themes and sounds of most of the album. “Sadness” is overtly an introductory track and it serves its purpose well enough.

“Sadness” also flows nicely into “Time Is Your Gun”, which kind of carries things forward whilst also getting a bit more upbeat. Rather than continue on with announcing the album, “Time Is Your Gun” narrows its focus down to fewer aspects of sadness. In a way it’s a bit more down than “Sadness”, but it also feels a bit more celebratory.

The album continues on mostly from “Time Is Your Gun” and follows a fairly straightforward process. Upbeat tracks intermingle with downbeat ones whilst carrying forward an air of sadness, but never to the point of absolute misery.

The performance aspect of Beautiful Sadness is quite solid. Everything is really tight with each other, and each song sounds as full as it needs to. The songs are lush when required and there’s a nice balance between each instrument.

The biggest issue with Beautiful Sadness is that it runs for longer than it should. “L’over” brings the album to a pretty natural conclusion. It has a sense of ending, as well as a sense of togetherness that helps tie the prior songs together. However, instead of ending, the album continues on for five more songs.

Admittedly this is mostly an issue with the deluxe edition. However, the standard still has tracks after “L’over”. The album’s themes and sounds have been satisfyingly summarised and concluded by that point; the result is that anything after feels forced and tacked on.

That said, both “Different But One” and “Beautiful” could have fit better than the other succeeding tracks. With some adjustments, “Beautiful” would make for a decent coda. Making some slight track rearrangements would allow for “Different But One” to both fit in better and work either as a comparative to “Go Rilla”, or supersede the latter entirely.

Furthermore, the standard sheds “Head Sonata (Love Control)”, which works better with the track-list up until “L’over” than anything after succeeding the latter, and not by an insignificant amount. “Head Sonata (Love Control)” helps to pace Beautiful Sadness much better. It comes at just the right moment to keep the flow going without sounding like it shouldn’t be there, unlike tracks such as “L’impossible”.

Aside from that, there are a number of times when the vocals end up sounding superficial. Too often they come off as mimicking emotion rather than being emotive and end up falling into melodramatic territory. Beautiful Sadness does its title justice, but due to the significant focus on romantic sadness rather than something wider in scope, the vocals needed to sound naturally emotive. To be fair, the vocal delivery is strong. However, too often the vocals are ill-fitting.

It’s not necessarily difficult to recommend Beautiful Sadness, but that recommendation comes with caveats. There are some standout tracks and the album is decent up until a point. Up until that point the album comes and goes pretty smoothly. There are parts that needed more work, but otherwise the album works really well. Aside from the two prior-mentioned tracks, anything after “L’over” could have easily been saved and further worked (or scrapped) for a follow up. Instead they drag the album out far longer than it needed to be.