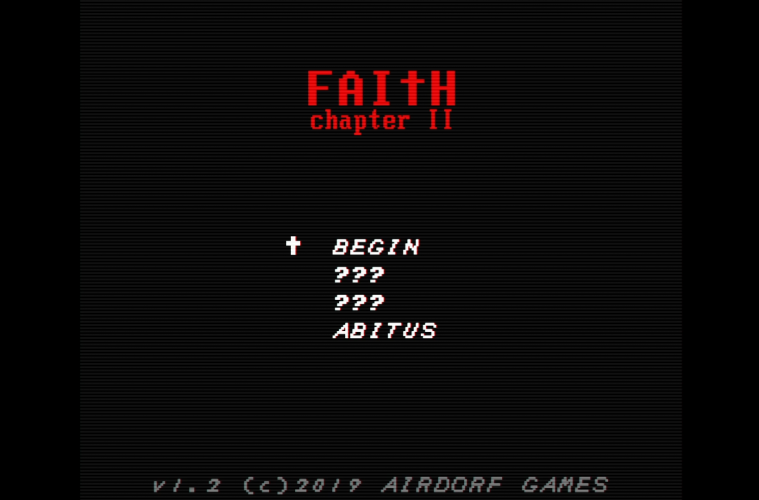 This review may contain minor spoilers for FAITH: Chapter I and II.

“I tried to save a girl from evil, but my fear overcame me. I turned my back on the ministry… and broke my vows to God.”

Upon hearing John’s distinctive voice again, I knew I was in for another horrifying pixel ride.

Released on February 22nd 2019, Airdorf Games’ FAITH: Chapter II continues the Satanic Panic-inspired tale of the ill-fated priest John Ward. After the events of Chapter I John makes his way to Gallup Cemetery and the Snake Meadow Hill Church; both not far from the Martin house. Seemingly in search of a new threat he attempts to uncover the mystery of both the horrific satanic rituals and his nightmares. Faith shaken and now-dulled cross in hand, John heads further into the cemetery to confront this new, unknown evil.

II starts off with explaining the origins of I‘s Chupacabra. You then switch to John who’s ready to explore Gallup Cemetery. Most of I‘s gameplay is still here; You use the cross to exorcise demons and you search for clues. Each enemy has their own battle mechanic which helps add a layer of strategy; Notes and sparse voice acting drive the narrative forward, and due to II‘s increased length over I the plot has a chance to dig deeper.

The puzzle sections are more interesting and thought out this time around. One such example is the section requiring use of a torch to find and ward of demons. It’s a simple thing but it helps to enhance the sense of fear of dread the game provides. Puzzles such as these help them fit better into FAITH‘s twisted reality.

Whilst the horror themes return II ramps everything up to a fever pitch. The use of reversed chip-tune music, the juxtaposition of satanic and biblical imagery, and a greater use of psychological horror provide a heavier atmosphere this time around. There are still some cheap jump scares, but plenty of the games’ portions instil a  deeper level of fear. It leads to a smooth blending of the fantasy and reality of the setting and further mystifying the overarching plot. One of the nicer touches is that when you find certain clues, some of the surrounding area will change ever so slightly, creating a sense of paranoia during each area. Another is the increased rotoscope animation detail which leads to it being more striking than I‘s.

Compared to I, II‘s sound design is more fleshed out. There are more sound effects, “voice” modulation and lack of sound in some areas, all of which helps to heighten tension. 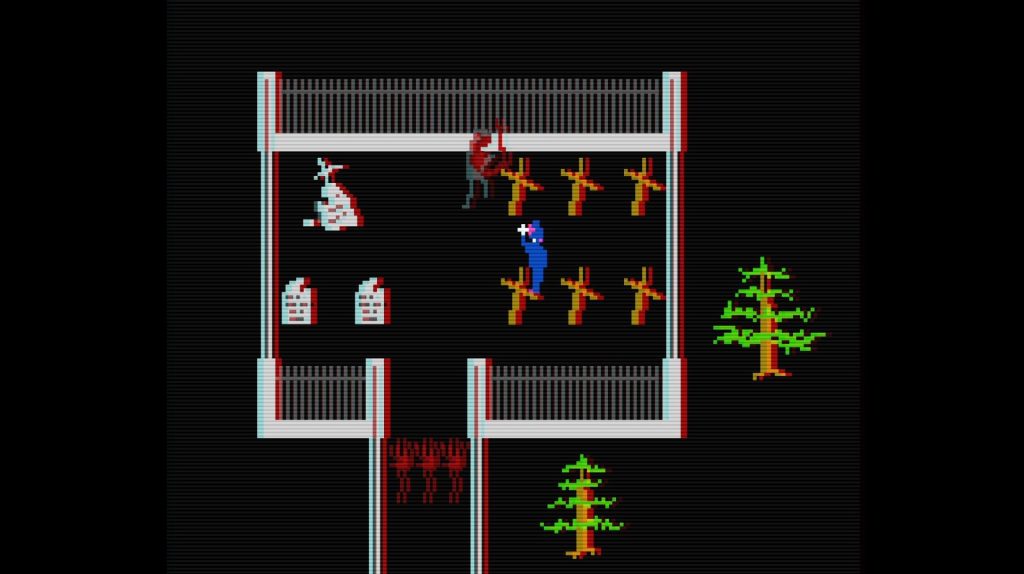 Overall, FAITH: The Unholy Trinity (Chapter II) builds upon and enhances what Chapter I achieved. The new story, sound design and gameplay elements make the concept feel fresh, even if the core is similar. It will be interesting to see how Chapter III concludes John’s gripping story.

You can grab FAITH: Chapter II on itch.io for $1 US or more. It will also see re-release as part of FAITH: The Unholy Trilogy on Steam once Chapter III‘s development is complete.