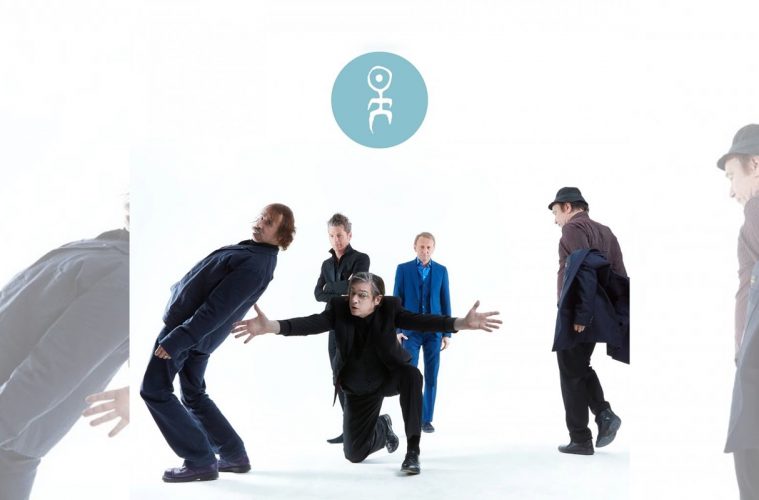 Einstürzende Neubauten, you’re after my heart.

Well, probably not, but anyway…

A lot of Alles In Allem is “quiet” and rhythmic. There is a lot of space, a lot of calmness, a lot of carefulness. Perhaps the album presents a quieter, more melodic form of Einstürzende Neubauten. Unsurprising really, considering considering the thread they’ve weaved through over the past two decades.

So here’s a few words on some of the album’s songs:

“Ten Grand Goldie” has a dry, kind of tense / terse sensation that eventually switches around and sounds like it becomes more celebratory toward the end whilst Blixa Bargeld hollers “Here comes ten grand goldie!” repeatedly. Simple, firm bass keeps the idea of a melody going forward, samples come and go, and the song remains strictly rhythmic. Bit of noise used tastefully, and the brass toward the end helps shape the song into sounding more celebratory and festive than when when it begun.

Comparatively, “Möbliertes Lied” sounds more romantic and journeying. Slow, steady percussion allows everything to slow more and the whole song seems to expand out onto a plain of sorts. Bass, constructed sound and what I suspect is a synth draw out and ride the expansion, providing some sort of definition to the movement.

The following song, “Zivilisatorisches Missegeschick”, starts with a blast that seems almost like a pallet cleanser. From there it’s a song akin to a soundscape more than it the traditional idea of a song. Occasional sounds fill the space that Blixa’s vocals and a “pitched” buzzing don’t. The song shifts and contorts when necessary, but remains itself the whole way through.

Title track “Alles In Allem” sounds more reflective than prior tracks. Perhaps it also sounds more mournful; it’s difficult to say. The song is slow in a way that makes it feel like it’s carrying something emotionally heavy, but at the same time it sort of walks forward resolute and not overly burdened.

“Wedding” is probably the most continuously… intense… that Alles In Allem gets, though saying that feels like a bit of a stretch. It has this sort of rolling thrust to it; a sort of urgency that the other tracks lack. The song slowly builds itself into something more full, though not necessarily intense. It’s more that slowly the sound gains a greater amount of definition built around its core. However, it still feels pointed and quite direct, even if nothing gets to a point of trying to overwhelm you. As such the energy is a little different to some of the other tracks, but the song remains firmly within the album’s feel and sound.

Closing the album is “Templehof”, which takes on strings as the predominant element for its foundation. Along with other sounds, the strings create a sense of stirring and rising. It’s a rather calm, perhaps accepting closer that seems to look at the past, not with nostalgia, but with rumination. Vocally Blixa follows suit, keeping himself low and “quiet”, though with great clarity and precision, letting his words stick as much as they had on prior songs.

Alles In Allem sounds emotional, though in some places it seems quite detached. Being that it’s an album about (as far as I am aware) Berlin, perhaps it’s due to a sense of reflection rather than nostalgia, though as far as I’m aware, often Einstürzende Neubauten’s lyrics express things in the abstract rather than the actual. However, tone-wise the vocals and composition choices help to provide that reflective and emotional feel. Maybe the album is more about past forms of Berlin. Maybe it’s not about Berlin at all.

In part my feeling as though the album is more on the emotional side (vocal-wise) likely is due to my not understanding the German language which has led to me focusing on the intonation and how it works with the music more. Admittedly I could look up translated lyrics, but I’m concerned of not getting everything through losing meaning in translation. I’m not sure if this is a silly or sensible concern to have.

I do think Alles In Allem is worth the time. I can’t be sure as to how it ranks among Einstürzende Neubauten’s body of work. The album’s a little less rigid than prior works, but overall stays consistent with the quality of their output. What I am sure of is that it is a beautiful, focused and expressive work.

Alles In Allem is available here and here.