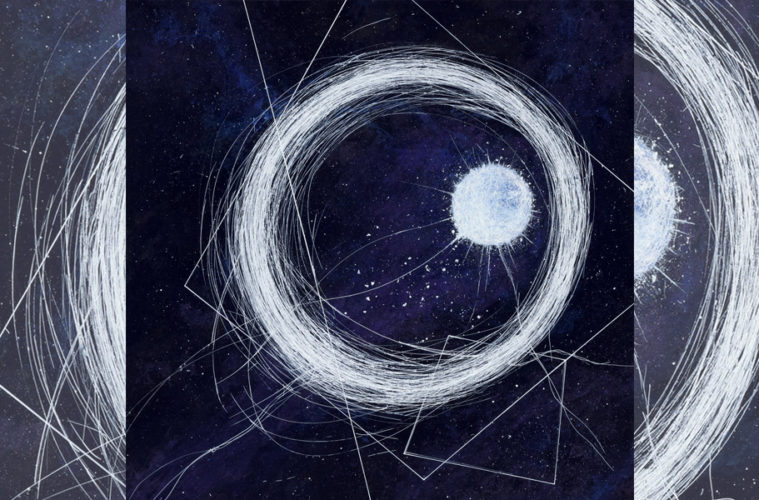 Dirge are back, although they probably never left. A new album is within the reach of the hands of fans. Dirge have named the album Lost Empyrean.

Lost Empyrean sees Dirge deepening the exploration of their music. Less are the quieter passages, and overall the album is much more directly heavy. However, the elements that have made up prior Dirge albums come together much more here. Lost Empyrean feels much more like an exploration and an expansion of atmosphere than prior records.

The band allow themselves to draw their sounds out freely, but never to the point of tedium. Riffs move between oscillating around the base rhythm and melody, and following them closely. Crushing riffs and precise, hard drumming meet prominent ambient sounds. Rather than juxtapose the two disparate elements congeal quite pleasingly. Oftentimes the combination of sounds leads to Lost Empyrean feeling like Dirge are evoking images of space.

Vocals alternate between screaming and cleaning, although there’s more clean singing on Lost Empyrean than what Dirge usually apply. The screaming seems deeper than usual but still matches the music pretty well. How the clean vocals work best is in the way they change the shape of the music, so to speak. They carry more emotive weight rather than crushing weight, but are no less heavy than the screams. Furthermore, the emotive weight the clean vocals bring is closer to the suggestive rather than the blunt. This is in part due to their always being appropriate for the sections in which they appear. Their being processed also aids in this as the clean vocals are more expansive and atmospheric

Where Lost Empyrean should have ended is a bit of a hard call to make. “A Sea of Light” is an appropriate climax for the album. The way it flows and the way that it reaches its end is rather emotive. There’s a balance of the melancholic and the uplifting which gives way to a sense of catharsis toward the end. The song reaches a sense of finality at its conclusion and ends quite conclusively.

On the other hand “Sarracenia” is much more massive, menacing and in a sense, bleak, but without miring itself in that bleakness. “Sarracenia” follows a kind of build up that, instead of exploding into something massive, dissipates almost suddenly not long after reaching its peak. The song is also strangely peaceful despite its outward sound. Perhaps if “Sarracenia” came before “A Sea of Light”, then it may have worked better. However, this isn’t necessarily an issue as Lost Empyrean still flows well as an album.

Dirge are an exploratory band and their new album displays that well. Rather than meander, Lost Empyrean is a towering, focused work. The album contains a good balance of what makes Dirge Dirge whilst also furthering their sound.