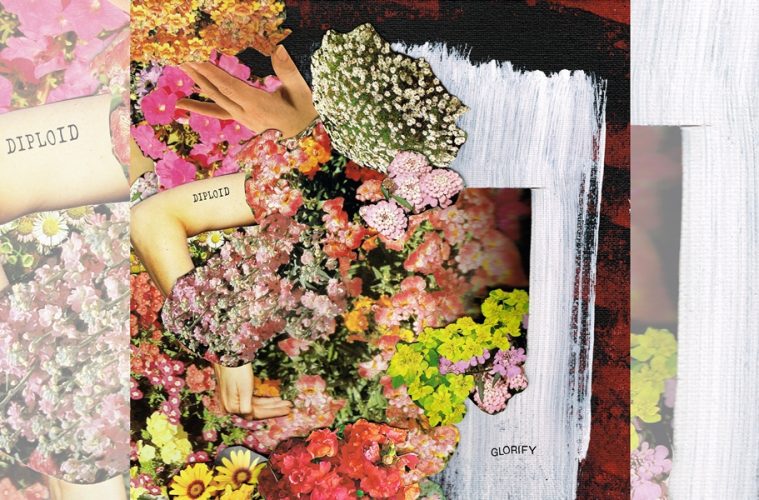 Is this music? Is this sound? Could it be something else?
These are all difficult questions to answer; Or, at least I’d like to pretend they are.
However, that doesn’t matter. What does matter is that Diploid are looking to… uh… Glorify their sound.

The album starts off pretty frenetic and remains as such a lot of the way through. As it progresses other forms of extreme music find their way in and the album becomes less grindcore without being less grinding. That’s not to say that the speed disappears, as Glorify has quite a number of faster songs sprinkled throughout. It’s that the album becomes more varied without losing its sound or identity.

Diploid’s delivery is frenetic and highly aggressive, leading to the songs sounding violent. At times it becomes hard to tell what exactly is going on, as well as how loose or tight they are. It doesn’t detract from the songs, however; rather, it suits them quite well. There’s a strong sense of chaos coming forth from Diploid and it’s something that they seem to invite.

The work of the co-vocalists makes for a good fit for the music. Using both higher and lower pitched screaming helps tease out a bit more depth without having to exert more effort than necessary. It’s kind of a shame that often the screams are separate from each other as some lines would’ve been interesting to hear layered. On the flip side, the vocals seem to be pulling at you from two different directions which suits the music fine.

Often extreme bands aren’t as extreme as they want to imply. It’s fair to say that Diploid are an extreme band. In its brief run-time, Glorify delivers nigh-constantly relentless music. There’s quite a lot more to dig into than a few listens to imply, which becomes daunting at times as the album is quite intense.

Whether Diploid went too far or not is hard to tell; Glorify is an album for which you need to be in the right mood. However, it certainly is an album doing extreme music better than most, and then some.