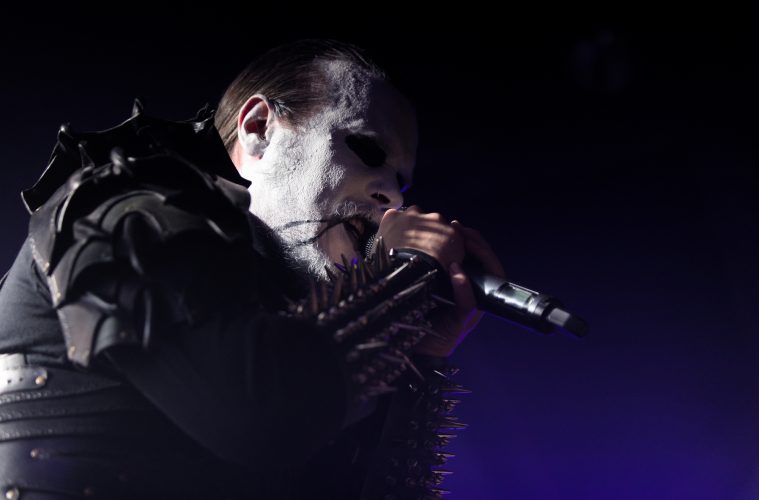 The world class efforts of Soundworks Direct and Direct Underground touring have been putting smiles on the faces of metalheads on the Australian shores for years, and 2019 is no different. Just in the last 6 months we’ve seen the likes of Emperor, Bolzer, Watain and Phil Anselmo and the Illegals, just to name a few, thanks to the team at SWD/DU. Not one to rest on their laurels, Soundworks have gone ahead and put together another Direct Underground Fest (their third in as many years) with a STACK of the best live bands the world has to offer, including three homegrown heroes.

Melbourne’s old school blackened thrash attack Reaper started proceedings in a supremely metal way; pummelling through a punk-infused onslaught of black and roll. Vocalist Shannon has obviously spent some time listening to the early Celtic Frost and Hellhammer albums. With his vocals dripping with reverb and vitriol, he was channelling his best Tom G Warrior.

The band know their way around a time signature change, chopping between blistering speed metal riffage and crunchy mid-speed chug. Could these five crust lords be Australia’s answer to Darkthrones black and roll era?

Shannon didn’t waste time talking between songs. The most said was “This song is “The Tundra”. It’s on our tape and our LP”, followed by a crushing “Eugh”.

Reaper are a relatively new band, having only formed in 2016. However, based on their display and the reaction from the half-filled Crowbar, they have a bright future. 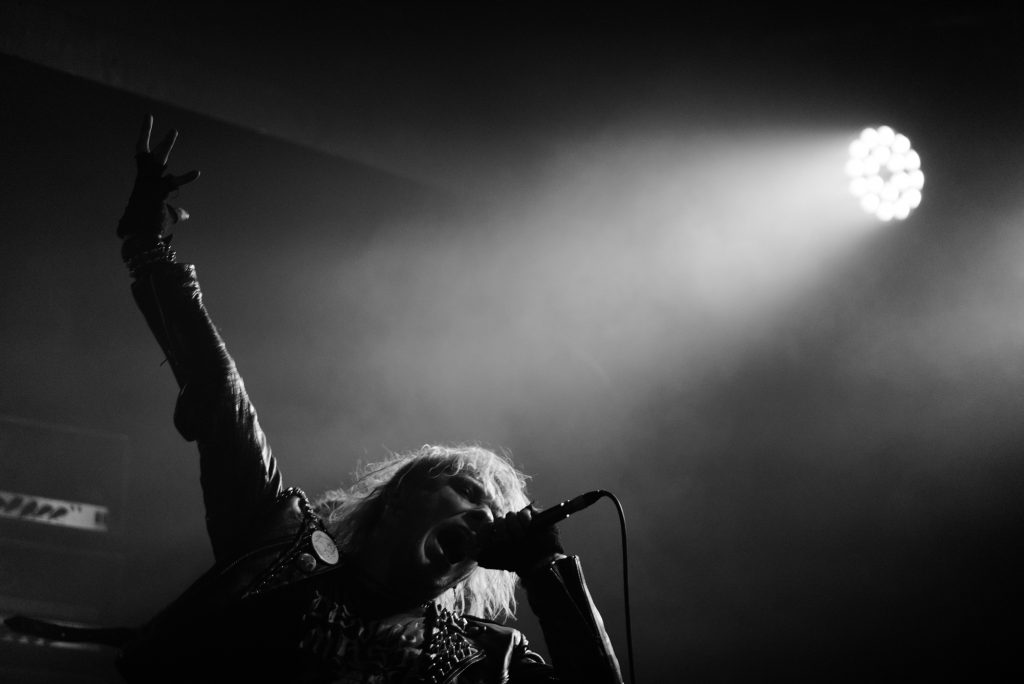 Christ Dismembered – in case the name didn’t give it away – are evil as all-fuckery. Since their 2017 self-titled album, the South Australian-based black metal band have been doing the rounds of Australia and copping praise from critics and fans alike.

Draped in red light and boasting frosty blasts that would put the arctic tundra to shame (ok, global warming might help that but let’s stay on subject), CD had thirty minutes to bash the ever-living shit out of the brimming space. Donned in black leather, upside down crosses and corpse paint, the band were there to show everyone why they were part of the ‘fest.

Their drummer – simply known as Plague – is a total maniac. If this was a Spinal Tap video he would definitely blow up from the hyper-speed blasts he was providing. Vocal/Guitarist NecroSatan, bass player Baphvomit and guitarist The Sadist cut a menacing shape over the stage as they put forward circling, mesmerising riffs punctuated by blasts far too fast for comprehension. An absolutely unrelenting rendition of “A Ritual Most Foul” which was pure Immortal/Dark Funeral worship stood out as the absolute highlight of their set.

The cretins ended their short, but fuck-off intense set with the blistering 2018 single “Spit forth your lies” which is a masterclass in hyper-speed black metal; totally unrelenting and brutal. Hyperbolics aside, Christ Dismembered are one of the best black metal bands in Australia. If you don’t sit up and take notice, they will come to your house and rip up your bible. 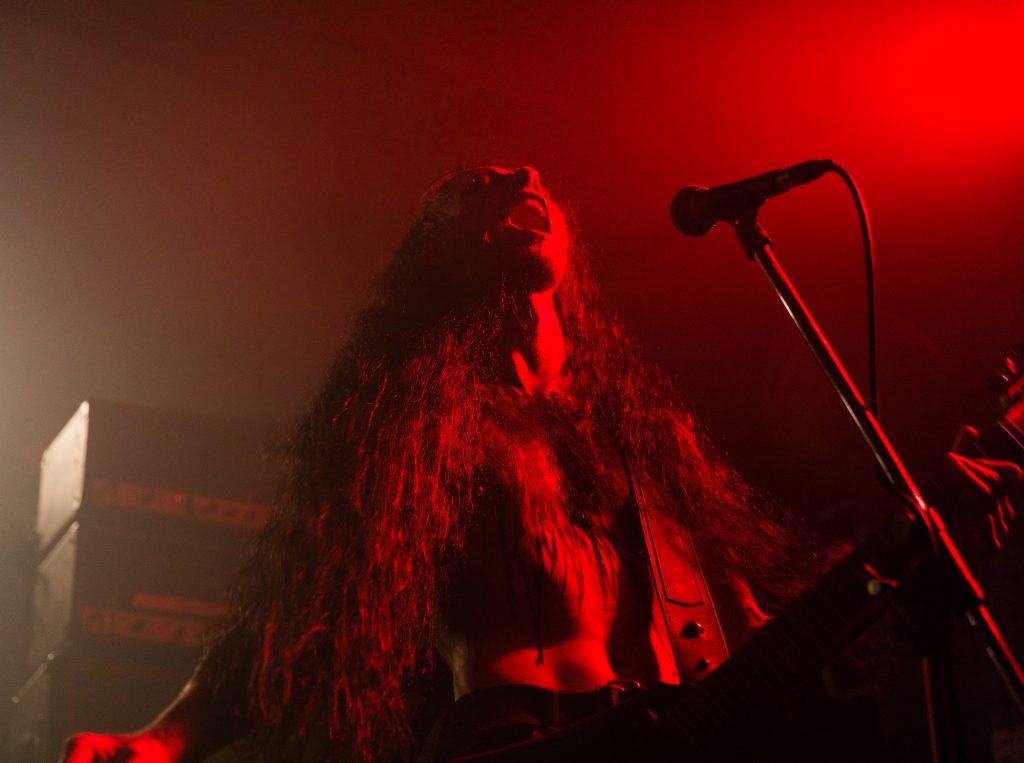 “In case you don’t know us, we’re Abramelin from Melbourne” vocalist Simon Dower spit into the microphone as the crowd erupted. It’s always a special occasion when Abramelin sling their instruments over their shoulders and get on a stage. It sounds like they’ve been busy rehearsing and writing for a new album because apart from some technical issues with Rob Mollica’s Bass, the band are in a dangerously cohesive and crushingly heavy.

Abramelin were around from 1994 to 2002 and managed to release two absolutely shredding albums; 1995’s self-titled and 2000’s classic Deadspeak. Much to the elation of the Australian metal scene, the band announced in 2016 that they were getting back together with none other than Dave Haley (Psycroptic, Ruins, The Amenta) on drums.

Their track “Misfortune” his like a tonne of bricks and managed to get the pit activated for the first time of the night. To add to the excitement, shirtless frontman Simon let the crowd know that “We’ve finished tracking our new album. This is the title track for the album that will be out later in the year. It’s titled “Never Enough Snuff”” and very quickly the crowd realised that this was exactly what they’ve been waiting for.

Incorporating 2000’s-era Napalm Death with Abramelin’s signature crunch, the new material was breathing calmly and sounding perfect stacked between classics. Speaking of classics, at one point the band took it back to the first album for a deep cut of spiritual justice.

Slamming in yet another new track  (“Full Gore Whore”) was the point in the set when their Swedish HM-2 worship shone through the brightest. “Grave Ideals” gave Dave Haley a little room to breath as he showed his skills with Meshuggah-esque double kick rumblings and sporadic blasts. Seriously, this man can do no wrong.

And as quickly as they came they were gone, but not before presenting an absolutely punishing rendition of “Human Abattoir”. Abramelin are back and thank fuck they are. 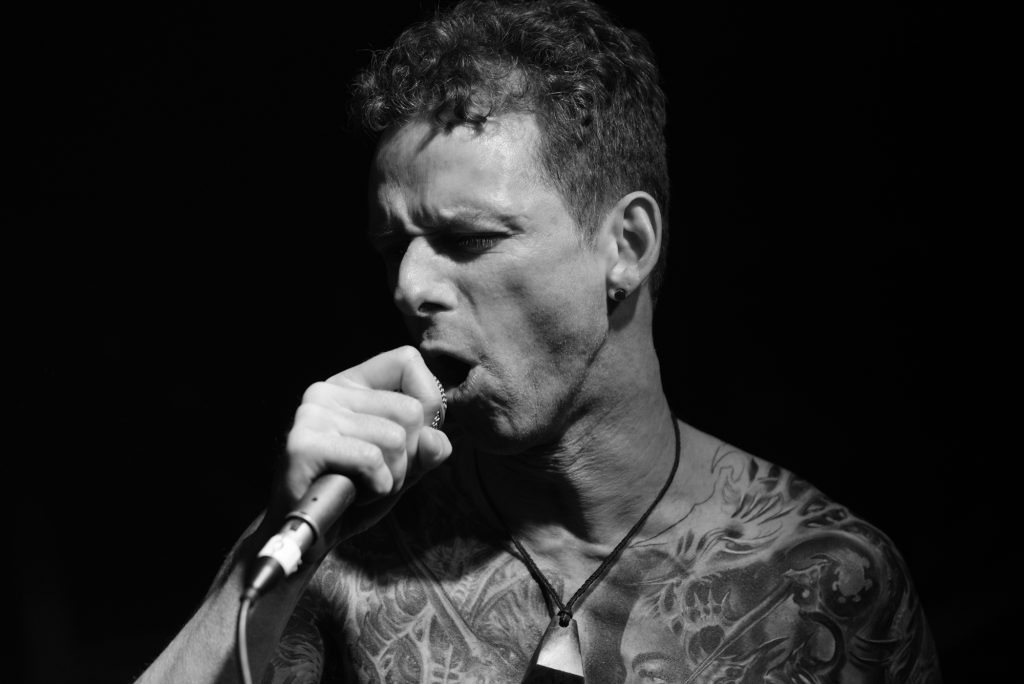 “What’s up fuckers?” screamed vocalist/bassist Ross Dolan as the crowd erupted into a frenzy. The band rolled into “Kingdom of Conspiracy”, producing some of the filthiest guitar riffs of the night; in fact, their entire tone would earned everyone in the crowd a shower; it was beyond putrid. The complex, almost claustrophobic song structures of Immolation songs are not for the faint of heart and some of the crowd stand wide-eyed and aghast at the pure savagery of this jarring and disharmonious four-piece. The band wasted very little time between songs as it had been three years between visits. They wanted to deliver some really fucking tight USDM directly into the ear holes of the Sydney punters.

Having formed in 1988 this band is older than a lot of the crowd. Since 1991’s Dawn of Possession they’ve consistently put out incredibly intense work. Never really reaching the heights of bands like Cannibal Corpse but always staying their path and impressing their fans and metal critics alike, Immolation are an absolute master class in American Death metal; blasting riffs of brutality met with crushingly slow and menacingly evil bridges.

Guitarists Robert Vigna and Alex Bouks traded scalding solos and devastating riffs throughout their fifty minute set. Showcasing an extensive back catalogue, Ross and co. rattled through thirteen tracks spanning all the way from the beginning up to 2017’s Atonement. Tracks like “Close to a World Below”, “No Jesus, No Beast” and “Fostering the Divide” sit comfortably with each other, showing off the consistency of the band’s material.

Immolation book-ended their rousing set with a tracks from their first and last albums; the one-two punch of “Dawn of Possession” and “When the Jackals Come” which left the crowd begging for more of that New-Yawk Death Metal, but alas, into the night they went.

But the evening is not over. 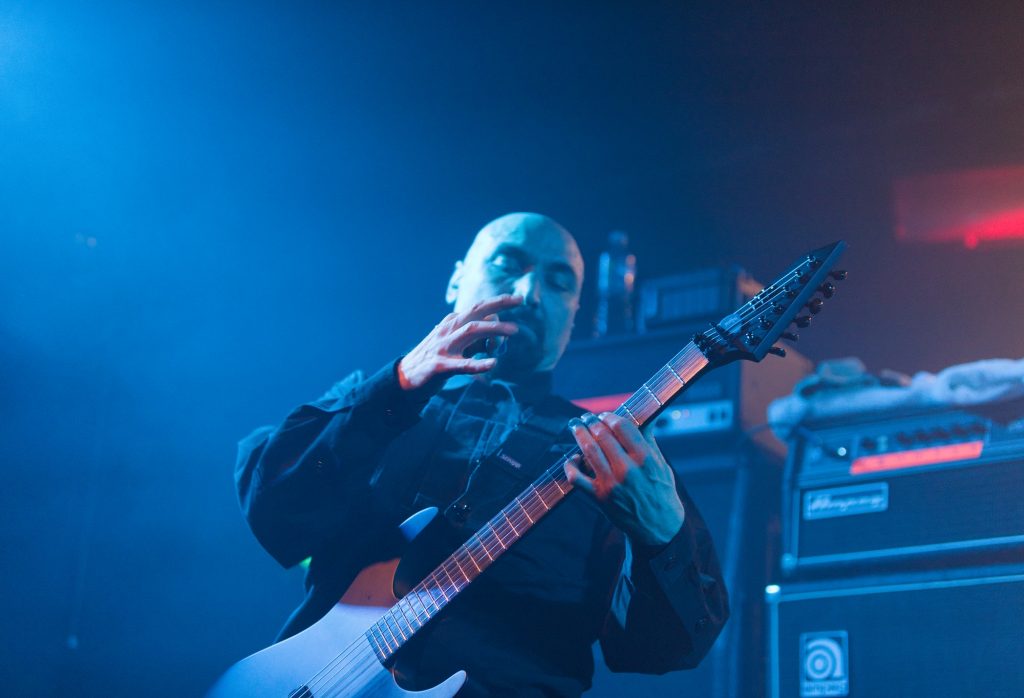 Our unholy headliners Dark Funeral formed in 1993 in Stockholm, Sweden and quickly went about showing their darkness to the world with 1996’s benchmark album The Secrets of the Black Arts. Since then there have been many a lineup change and some slight changes in direction. Although guitarist Lord Ahriman is the only standing original member, their mission has always stood clear: be the most obscene, evil Black Metal band on the planet.

Well, not only do they stay to course; they’ve taken it further.

Dark Funeral last graced our shores in 2012 for a short east coast run. They seem to like that idea as they’re hitting Brisbane, Sydney and Melbourne on this run.

The Swedish five piece opened their sermon with “Unchain My Soul” and absolutely decimated the crowd with icy blasting riffs and howling screams. This being the first visit to these shores since the release of 2016’s astonishingly grim Where Shadows Forever Reign (which saw the band welcome vocalist Heljamdar (Grà, Cursed 13, Ex-Diabolical Lust), Dark Funeral spent no time pretending they weren’t proud of their recent output.

When black metal hits the right notes, the right speed and the right tone it can be mesmerising. It can be transcendent, almost otherworldly. Dark Funeral were right in that pocket.

Once again, this was a celebration of their entire catalogue that saw the band smash through fan favourites like “Hail Murder” and the supremely evil “The Secret of the Black Arts”. 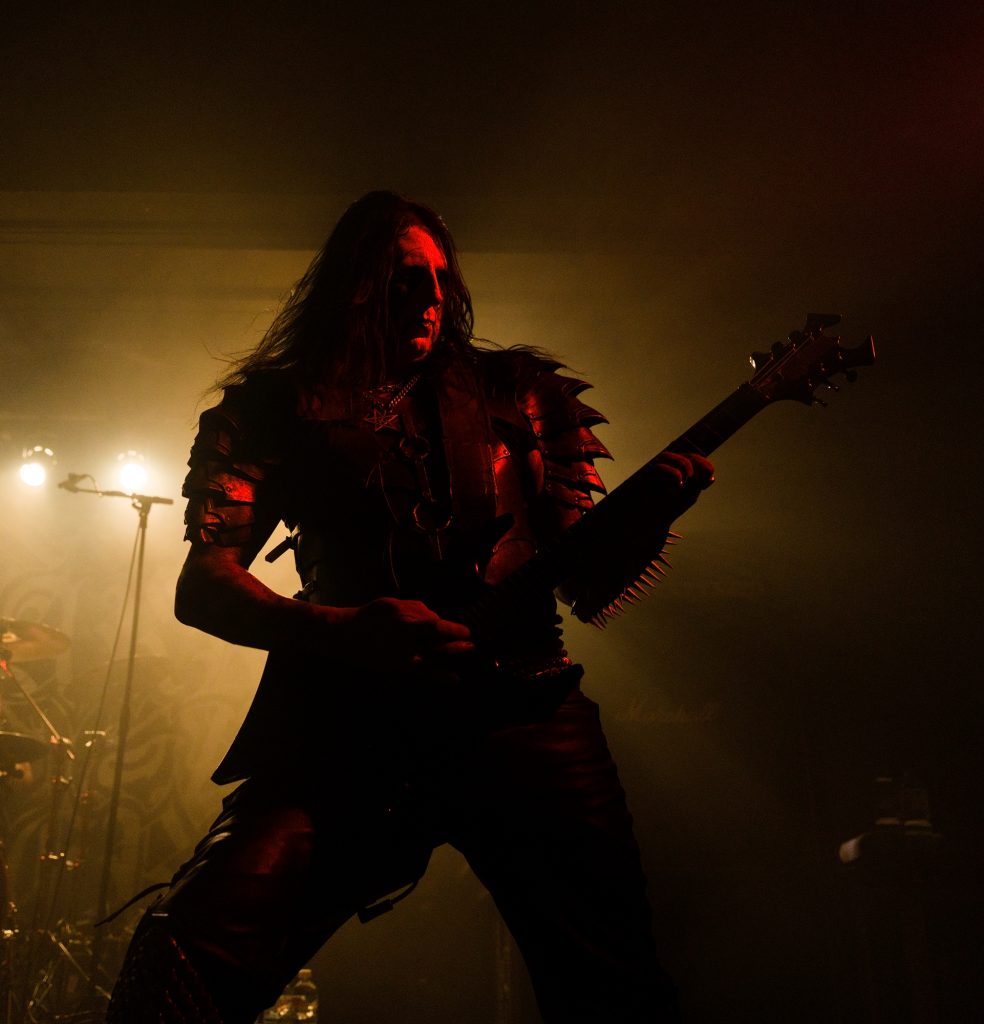 However it was on slower, moodier tracks like “Temple of Ahriman” where the band really showed their worth. It’s one thing to be brutal, fast and heavy; It’s a total showing of class when a band slows things down and ferments some of the most sickeningly-malevolent tones this reviewer has ever had the pleasure of hearing.

Dark Funeral’s stage presence matched the infernal dirge emanating from the stage. An almost-indoctrination into the dark arts of black metal, the band were menacing and completely intimidating, and the crowd lapped it the fuck up. Although some of Dark Funeral’s material felt a little same-samey throughout the night the band never let up on their intensity. They clearly appreciate and cherish their Australian horde.

Their pairing with Immolation might not seem ideal on paper, what with being at different ends of the extreme metal spectrum. One thing that added to their camaraderie is their complete hatred for organised religion and namely the Christian church, and this shone through on both band’s sets.

Another year, another Direct Underground fest done and dusted. Smiles abound from bands and fans alike, a night full of brutality, drinks, good friends and not one drama from the crowd. Imagine the extreme metal crowd being the best behaved in the city.

Until next year – and I can’t believe I’m going to say this, but – Stay Metal.