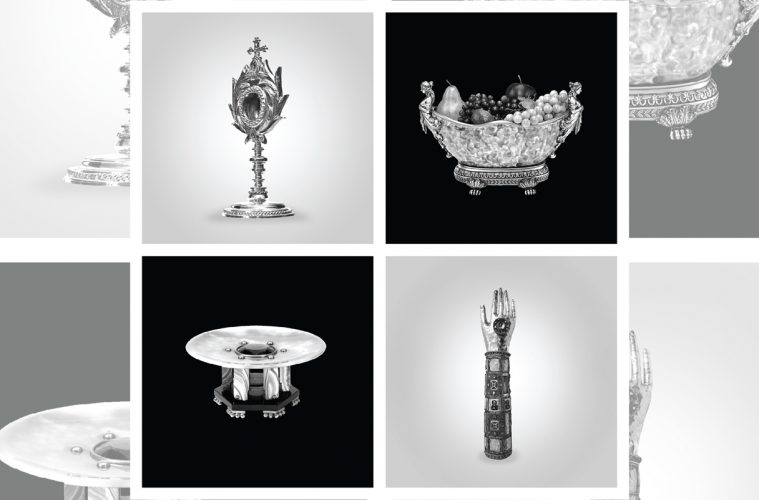 Possibly as a statement of intent, CONSUMER’s In Computers begins with “Spiritual Death”; a song that heaves its way in, builds in dread and noise until it ends in feedback. Somewhere among the sound vocals express something rather menacing; at least, that’s how it sounds.

“Massive Subsidies” does things a little differently. It starts off glitchy and blippy; a few seconds in and the rhythm builds on the sounds and comes to the forefront. Elongated vocals follow suit. Instruments build, filling with some sort of grinding, coarse pressure. In a way the song is cold ‘ssomewhat-relentless, noisy and really harsh, but it also holds this rhythmic fug that’s easy to start moving too… until it drops into a quiet moment. Soft guitar; a repeating lyric of “Let’s fill up those containers” (though the first time it might be “Let’s fill up this container”). It quickly builds in both intensity and pace before returning to a somehow more aggressive, yet also celebratory refrain of the main riff.

Throbbing and droning noise commences “The Mills”. A sort-of pulse in the drums; a slow procession. A melody with a bit of a sense of either hopelessness or tense discomfort. Echoing, firm vocals doing something that’s barely audible due to how buried they are. Once the percussion fills out and provides more shape the song becomes this slow-burning, ominous, noisy and dramatic thing. Vocal harmonies in the background help to enhance atmosphere as CONSUMER keep filling the space and advancing forward.

There’s a brief quiet section before the song bursts out in a flourish of aggressive noise. A brief return to the quiet, then a return to the noise, almost like a call-and-response. Eventually the harshness takes over, creating some sort of fatalistic climax.

“In Computers” as a whole is a much more “ambient” track, with “Part I” is being the lengthiest and harshest section. It’s a slow-moving, pulsing track that gradually shifts and distorts, and often sounds like it will overflow. Toward the end a lot of that noise drops away, revealing something a little more peaceful.

“Part II” takes that peaceful sound and draws it out as something more “emotional” in a sense. Some discordance creeps in, though only for a brief moment; The relaxing sounds retain control. A small sound that feels percussive come in, rising as the ambience pulses and throbs, though this too is brief.

“Part III” is probably the most atmospheric and indirect of In Computers‘ tracks. As the prior part’s melody drops away, muted and restrained noise takes over. There’s a brief moment where it grows in distortion, but before long it drops out and the sound gradually shrinks.

In Computers is a tightly-structured record. The first half’s sound is quite full and harsh in a rather direct, kind of cacophonous way. The second half is much more ambient and calmer, though it holds moments of discomfort. The sounds lock into each other well and hold a sense of direction and clarity, even during the noisier parts.

Most times the vocals sit somewhere among the noise rather than on top of it. At a few points the delivery draws words out, or goes for something more flat in sound which helps emphasise tone and atmosphere. However, often the delivery sounds overly dramatic which becomes distracting in places. There’s a weight to the vocals which is fine; it’s appreciable, but they go a little too far. At the same time, it’s difficult to say if a different approach would add anything that the current one doesn’t. There’s an appreciable sense of absurdity that the vocals help provide; a different delivery probably wouldn’t provide that sense as effectively.

The title track and its three parts offer an interesting counterpoint to In Computers‘ first half, but they don’t feel as integrated as perhaps they should. It’s not for want of more aggression, sharpness or what-have-you, and to be honest the shift into something a little calmer is welcome, but they don’t quite make sense, so to speak. The ambience is appreciable and it’s nice to have the winding down, but it doesn’t gel with the first half and instead feels like a different album rather than an ambient shift from the first half.

CONSUMER know how to make atmosphere and texture work, whether it be through being abrasive or not. As such, despite a sense of disconnect between the halves, as well as some slight vocal issues, In Computers has a strong sense of identity. That said, the sense of disconnect prevents the album from feeling whole.

Still, In Computers is an interesting album with a strong sense of theme; that of which comes more forward more easily from the small amount of lyrics that are clear. The performances are effective and the album moves quickly whilst utilising its time well. It’s worth a go.

In Computers is available here.