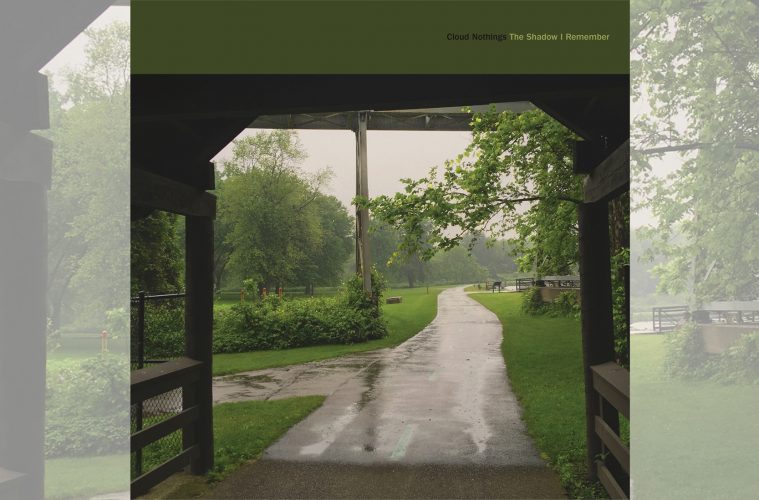 Cloud Nothings: The Shadow I Remember

How The Shadow I Remember Starts: Warm guitar and simple, melodic piano sounds. Gentle vocals soon come in and move over the melody. Eventually additional instruments come in and “Oslo” becomes more energetic and builds on its earlier feel. There’s a sense of progression in the song, but perhaps it could’ve been a little shorter as it feels like it ends twice. That said, it works opening an album mostly comprised of quick-paced songs.

“Nothing Without You” follows with a bit more energy and speed, but the same amount of warmth. It’s got a great attack without sacrificing melody. Piano sounds return and meld well into the song; it stays spaced and simple whilst adding to the song’s emotive qualities without taking away anything else. Aside from the base elements, the song could’ve just added the piano and remained effective; The inclusion of Macie Stewart’s simple, smooth and seemingly-drifting vocals in the chorus that little bit more so.

Much of the rest of The Shadow I Remember follows a similar vein. “The Spirit Of” is probably most playful song, though it alternates between heavier sections and ends on a grandiose note. “Only Light” is mostly a straight-ahead, snappy rocker that ends on a really fun instrumental passage. “Open Rain” is highly energetic, feels pretty in places, and keeps melody as a high priority.

“Nara” is probably the most gentle of the album’s songs. It has this grounded / floating feel that works nicely with its implied softness and space, and the mostly quiet and peaceful vocals slot into the mostly light instrumentation nicely. The song gets louder toward the end, but it’s fitting and brief. Overall it’s a welcome addition, but it would work better if the percussion spent more time breathing.

Generally the percussion has a good amount of space and so it makes use of that, leading to quite a few sections where it’s is doing a lot. Sometimes it works well; at other times it becomes somewhat-indistinct and buried, or is overplaying. The percussion is great; it’s a strong performance, but it needed to ease up a bit.

A lot of the album’s guitar sound has this biting, ragged quality to it that also sometimes works and sometimes doesn’t. It’s especially fruitful on “It’s Love”, a punchy, tense song that sees Cloud Nothings charging forward whilst alternating between sounding disconnected from and fully within the moment. At other points the guitar sound becomes tinny and flat in a way that seems unintended.

The vocals on The Shadow I Remember is what you’d come to expect at this point, though at times it seems like Dylan Baldi isn’t working to improve. In terms of expressiveness he still nails it; he knocks it out of the park. He knows how to emote and carry intent well, and often does it in a fittingly raw and visceral way. However, there are parts that stand out as disjointed and really off for what is going on in the music. Not helping this is how often  the vocals sound in the front mix as any issues become so much more prominent. They don’t need to be note-for-note perfect, but the vocals feel as though they’re stagnating even though they can easily be so much better.

The Shadow I Remember is patchy in places. None of the songs are bad; the material is pretty solid and often performed well, but much of it kind of blends into itself fades away. However, some of the band’s best work thus far is on here; especially “The Room It Was”. Cloud Nothings have written their fair share of excellent closers and this one is no exception. It’s the most overtly bitter-sounding of the album’s songs, though also has a strong sense of hope. The instrumentation rises and falls in intensity without going too far, and the vocals sharply deliver the lyrics as a part of what feels much like a farewell.

Maybe “The Room It Was” is a farewell to a sense of youth, or maybe to lives better left behind. Considering the amount of questioning and introspection that seems to come through the album, perhaps it’s to these. Maybe it’s something else entirely, or nothing at all. Regardless, the song closes with certainty and wraps up the album on an emotionally effective note.

The Shadow I Remember is available here.