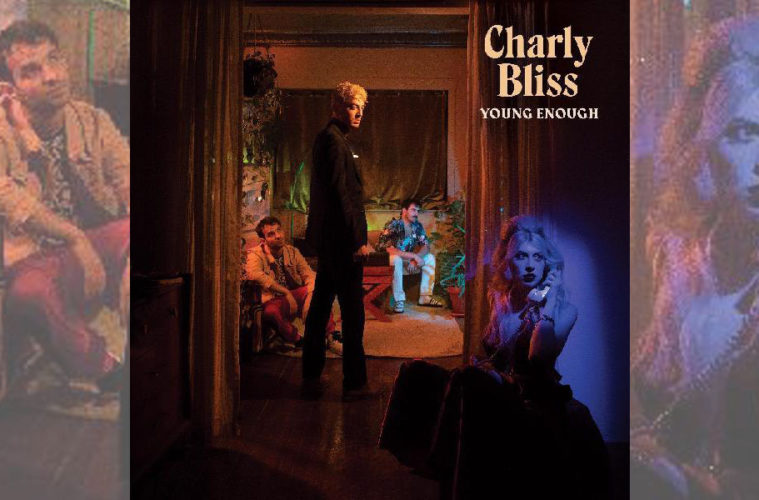 If you ask me, I’d say that Charly Bliss is one of the most exciting bands in pop-punk right now. With three great singles (“Capacity”, “Chatroom”, and “Hard to Believe”) to whet your appetite, the rest of Young Enough follows through and does not disappoint.

Following their stellar first album – 2017’s Guppy – Young Enough explores a slightly darker and moodier tone while still managing to be upbeat and energetic. Singer and guitarist Eva Hendricks says that “The two best emotional releases are crying and dancing”.

This album makes you wanna do both.

On “Young Enough” you can hear the band spreading their wings and experimenting with a much larger sound than what we’ve heard before which really pays off. The song “Blown to Bits” builds and builds until it sounds absolutely massive. In a short but sweet sweeping epic “Fighting in the Dark” sounds unlike anything else Charly Bliss has put out.

For those looking for that classic Charly Bliss sound, look no further than “Under You” and “Hard to Believe”; two of the more energetic fist pumpers on the album. Not to say that the rest of the album lacks energy; It’s bursting with it! Even songs exploring a new sound like “Chatroom” which tackles sexual assault and celebrating no longer blaming yourself. Dark subject matter juxtaposed with upbeat pop: that’s Charly Bliss’ strength throughout all of Young Enough.

With tracks like “Bleach” and “Capacity” bridging the gap between the new and the old, the way the band pushes their sound forward is astounding. The maturity Charly Bliss has developed since Guppy is worth celebrating. They’ve taken their sound and expanded it with new depth and a lack of growing pains.

Charly Bliss’ Sophomore effort is hardly a slump. It is a triumphant return in which the band shows it’s growth whilst simultaneously honouring their roots. When you add all the songs on Young Enough together, you get a perfectly balanced second album.

Young Enough comes out on May 10th and is available here.