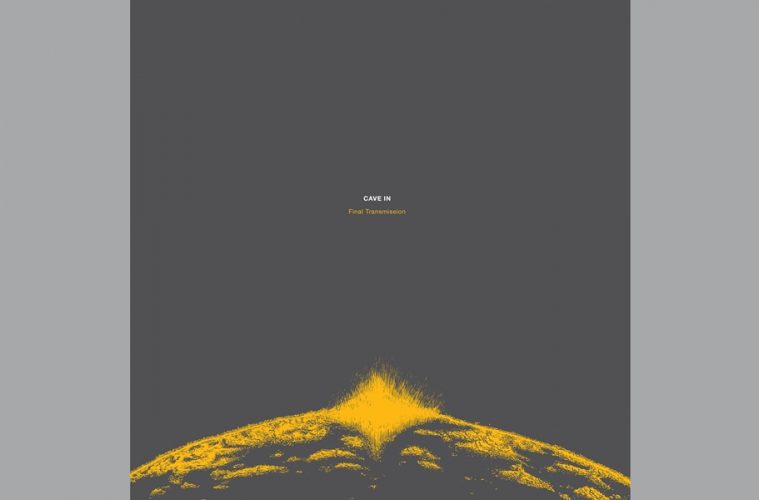 Final Transmission starts with its title track, which is entirely Caleb Scofield. With its gentle acoustic guitar and “Do do do do” vocals, it’s a sweet and playful album opener.

From there the songs move into a spacier sound. “Shake My Blood” flows from “All Illusion” exhibit this the most; however, it’s also quite prominent on “Lunar Day” and “Winter Window”. The other songs are a bit heavier and direct, but all fit with each other nicely.

Well, most are a bit heavier. Closer “Led to the Wolves” openly embraces the more metal / hardcore Cave In sounds. Combined with the low quality of the recording and it borders on noise rock. Although sound-wise it’s distant away from everything else, the song makes for a strong and punchy finish.

Another track that sits away of the rest is “Lunar Day”, though more for design than sound. Whilst still pretty direct and spacey, the song is significantly more experimental and ambient than the rest of the album. It makes heavy use of a static-like sound in conjunction with drones, and layered, slightly processed vocals to create a warm, melodic and emotional piece.

Aside from the title track, “Lunar Day” is Final Transmission‘s most moving piece of music. It’s not due to it sitting in the middle the album and bringing a sense of calm after the more aggressive “Night Crawler”, although that helps. It’s due to how effective it brings forth a sense of genuine sadness. Despite his playing on it not being obvious “Lunar Day” strongly evokes both Caleb and a sense of mourning. It hits hard whilst at the same time being gentler than most of the album.

As Final Transmission came from various demos, it sounds rough. That’s not to say that it’s muddy; although the fidelity decreases as the album progresses, there’s still a great deal of detail in the songs. It’s that, given Cave In chose to put out the last full recordings featuring Caleb’s playing rather than go into a studio to record the whole album, it has a raw sound.

This is also in part due the album’s emotive qualities. Despite mostly being ready to take to the studio before Caleb’s passing, Final Transmission carries a great deal of sadness. That said, there’s also a sense of the heartwarming. Hearing Caleb be an integral part of the album and play as hard as he does makes for a bittersweet listen.

I don’t know as to what else I can say about Final Transmission. It’s a flawed album; I don’t think that can be denied. Some of the tracks are stronger than others. Some are weaker as, whilst generally cohesive, the songwriting is uneven in a few places. However, Final Transmission is also a beautiful album. It contains some of Cave In’s best and most heartfelt work.

However, more importantly, it’s a touching tribute to a departed friend.