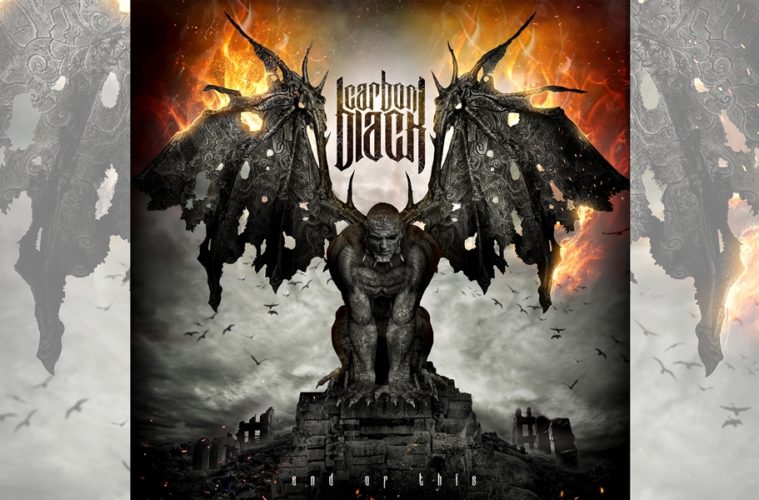 Carbon Black: End OF This Review

Carbon Black are a four piece groove metal band from the Illawarra Region in NSW, Australia. Forming in 2013 as somewhat of a super group that features ex-members of Nekrofiest and Primal Intent, and even scoring ex-Mortal Sin drummer Look Cook for a short time in 2014, the band have racked up some amazing notches on their collective belts. They’ve opened for Hellyeah and Dave Ellefson’s spoken word tour, and released an explosive EP recorded with the almighty producer / engineer Darren ‘Jenk’ Jenkins (who had previously worked with Mortal Sin and Mother Superior) at Main Street Studios on the south coast of Australia.

Okay; Let’s talk about what’s bad about this album, just to get it out in the open so we can move onto what’s good. Maybe, just maybe CB wear their influences on their sleeves too much. Some parts seem to be a carbon copy (yeah, I went there) of their heroes. It’s a little bit like nostalgic fatigue.

Alright. Now that the awkward part is out of the way, there is plenty of good about this album.

After the ominous intro track “Timent Puer Natus”, CB come out of the gates swinging with their first single and title track, “End of This”. Kicking off with a drum opener almost like Judas Priest’s Painkiller, the band make their intentions pretty clear; they want you to nod your head and sing along, no matter how out of key you may be.

Vocalist Jon Hurley switches between soaring vocals and demonic growls which bring up thoughts of Phil Anselmo and Pat Lackman. The rhythm section, brothers Steve and Rob Giles hold down the groove whilst guitarist Damon Bishop does his best to out-shred legends like Randy Rhodes and Dimebag Darrell. When the band locks in they really bring the groove.

The absolutely thundering production lends itself to the overall sound of this huge album. Having some world class players at the helm for this really helped showcase the level of musicianship within the band.

Tracks like “Plastic Art” and “Cowards” are vital, full of attitude and stomping rhythms. “Cowards” brings out their inner Sevendust as Jon is a dead ringer for Lajon in many of song’s parts. It’s quick, punchy and heavy.

“Deny” will bring back memories of Pantera’s “This Love”. The song brings together a melodic, catchy intro and a pummeling double kick-infused verse / chorus combo. “Unseen” drips with both whiskey and attitude. The song serves as a perfect example of what Jon can do with his voice: soar over the rumbling drums and buttery riffs.

Has it been mentioned that the guitarist can absolutely rip? His guitar solos are full of colour and heat, and will have you air guitaring before you know it.

On End OF This, Carbon Black are heavy without being either too overwhelming or brutal. They’re a band that you could show to most Metallica, Stone Sour or Disturbed fans and they would be hooked. Hell, if your dad likes Metallica, then get him onto these guys. They certainly aren’t for everyone but it’s refreshing to hear a new band take on the massive task of tackling a once-thriving scene of groove-laden metal bands. I have a sneaking suspicion they’ll be opening for your favourite bands very soon.

For fans of: Godsmack, late 90’s Metallica, Pantera and Damageplan.

You can find Carbon Black’s End OF This here.