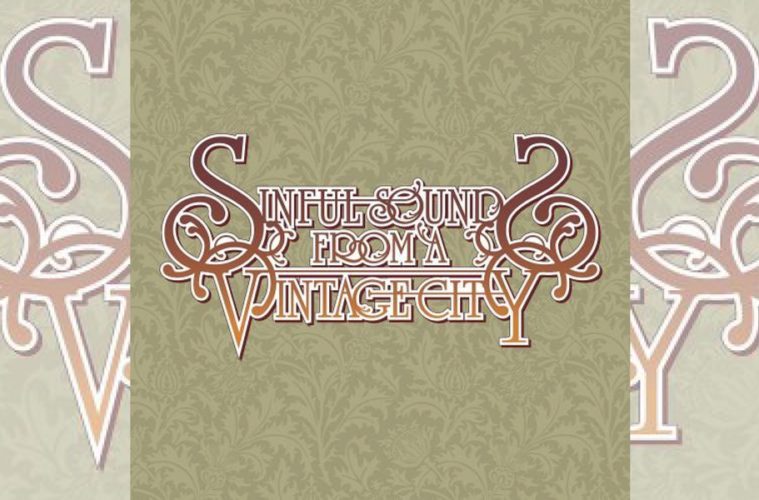 Callback: I [Love] Space: Sinful Sounds from a Vintage City

Some time later in the indeterminate future, another song called “Kung Fu Know How” by the same band came on which was one that I was more drawn to than “6 phase”. Maybe it was due to how much more immediate it was. I enjoyed both, but in my mind, “Kung Fu Know How” was stronger.

They had another song in called “Lions vs Christians”, but I remember that one much less.

So I found myself enjoying I [Love] Space, or at least what I heard of their stuff.

Over a few years I lazily tried to hunt down Retroceso..1.2.3. with no success. Then I kind of forgot about the band until 2006 when a song of theirs appeared on Channel Ten. It was “Birds.Attack”. It sounded different to their earlier stuff and I wanted to hear it again and so it was not long before I bought Sinful Sounds from a Vintage City.

I played it once.

I’m fairly certain that I listened a second time about two years ago, although I can’t quite remember.

I [Love] Space had this kind of power pop sound going that was mostly jettisoned for something that was gloomy and brooding.
Spindly guitar sounds on oft-repeated and underdeveloped vocal lines permeate throughout the whole thing that in unison seriously drag down the whole E.P.
At times something more light and fun counterbalances the regular melodies. However, these moments are few and far between and don’t seem to offer much other than a slight change.

Clean playing is the style of most of the songs which for the most part is okay as it does allow for a fair bit of space and headroom. Occasionally something a bit louder and energetic takes over. Otherwise much of the sound remains firmly away from overdriven rocking.

The first problem with Sinful Sounds from a Vintage City is that it sounds so much like the band had little to no interest in what they were doing whilst at the same time come off as pretentious in parts. The songs mostly limp along, go through the motions and whilst the compositions themselves are fairly interesting, there’s not enough effort put into them to really make them work.

Here’s a listing of some of the lyrics from the E.P.:

I’ve left out two songs, but all you’ve missed out on is one that seems to be about two people committing suicide (and one of them doesn’t want to), and another that I’ve got no clue as to what it’s about, which in its defence, is pretty much the same when I try to work out the other songs on the E.P. so I guess at least there’s only one song that strays from the norm (lyrics-wise), which leads to the whole thing being fairly consistent, which is a positive.

This highlights the second problem with the lyrics; they come off as seriously underdeveloped. Whilst some lines have great strength, every other line undermines effectiveness. There’s nothing wrong with lyrics being obtuse or abstract, and brevity can work really well, but there are issues when they come off as lazy and inane.

Now that I think about it, perhaps the lyrics feeling as such is underlying some sort of hidden genius. After all, the front-man does say that he has a short attention. Perhaps the lyrics are a reflection of that. In the minutiae of their perceived errata the sublimity of their direct, yet subtle meaning is finally revealed to all, vindicating the lyrics. In that case, if there is any hubris related to this farrago, then it is well-earned.

What Sinful Sounds from a Vintage City does best is showing how a band with promise misfire so easily. Despite my criticisms, the E.P. is actually interesting. However, it has more than enough working against it for it to be little more than that and is ultimately easy to forget. In place of a power pop sound is this gloomy, underdeveloped thing that shouldn’t have come out as it was.

Something that I can say which is kind of a positive is that Sinful Sounds from a Vintage City makes me want to hear Retroceso..1.2.3. more than I had previously wanted.

There’s nothing wrong with a drastic shift, but if you’re going to do such a thing, you need to make sure that either the stuff is good or it shows promise and neither of these are present. Sure, the songs are well-composed, but they sound like a limp, lazy imitation of many other artists out there.

Probably the biggest issue with this release is not that it’s a jarring, poorly done shift, the underdeveloped lyrics, or the even more jarring inclusion of a “remix” of “Kung Fu Know How” that sounds a little like Nine Inch Nails (which, whilst nicely expansive and image-evoking, leaves the whole thing feeling even more off than before and ends up clashing far more than it should with the rest of the E.P.); it’s that the best that can be said for the whole thing is that it’s interesting.

Sinful Sounds from a Vintage City was symptomatic of an issue with the mid-noughties pop scene in Sydney that saw a bunch of bands appear to be well loved and then mostly forgotten quite fast due to what seemed to be an inability to work with their potential. It’s an issue common to plenty of other music scenes but (probably due to living in Sydney) it stuck out to me that a bunch of bands seemed to almost completely disappear in quick succession after doing well to some extent.

I [Love] Space had potential but they didn’t work enough to grow it into something better and that’s what shows in Sinful Sounds from a Vintage City. It’s interesting but it needed a lot more work.